The Air We Breathe Is Cleaner Because of George H.W. Bush

Gavin Benke teaches writing at Boston University and is the author Risk and Ruin: Enron and the Culture of American Capitalism. 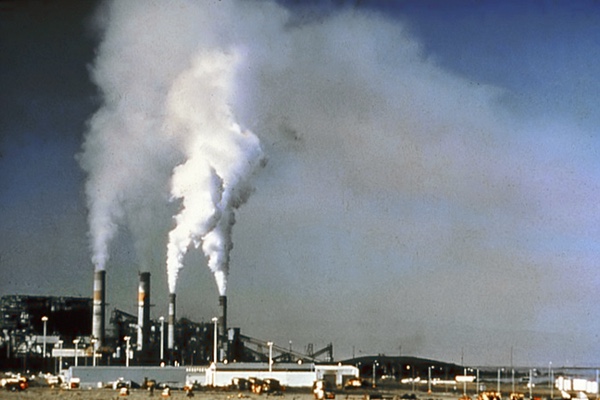 Related Link How George H. W. Bush Is Being Remembered

With President George H.W. Bush’s death at the age of 94, commentators will surely draw a number of contrasts between the 41st president and the current occupant of the White House. There’s Bush’s famous gentlemanly demeanor and President Trump’s pugnacious sensibility. When the Cold War ended and the Soviet Union collapsed early on in this presidency, Bush was quick to champion the sort of globalization that Trump has bluntly rejected. To be sure, the vast differences between the two men reflect just some of the ways that the Republican Party has changed since the end of the twentieth century. No doubt some will write that the party of Trump could learn a lot by visiting Bush 41’s time in office. But if there’s just one lesson the 21st century GOP takes away, it should be Bush’s pragmatic handling of a key piece of environmental legislation. 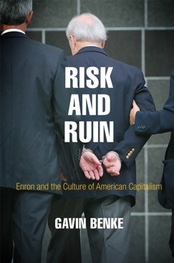 Today, of course, climate change represents an existential threat to all of us. Indeed, the recent National Climate Assessment paints a bleak picture of the planet’s future. Yet even if the severity of the problem seems greater than ever before, it is not the first time a Republican White House has had to deal with grave environmental problems. In fact, extreme pollution and ecological devastation were also on Americans’ minds when George H.W. Bush took office at the end of the 1980s.

Back then, both acid rain and global warming were growing concerns for Americans, and help from Washington seemed unlikely. Ronald Reagan had been deeply antagonistic toward the environmental movement throughout the 1980s. The 1990s, though, promised to usher in an era of environmental action. The Exxon Valdez spill in 1989 and the twentieth anniversary of Earth Day in 1990 proved to be pivotal events that helped galvanize American attitudes towards the environment.

However, it was not a given that the new president would be a friend to the environment. Before entering politics, Bush had enjoyed success with the Zapata Corporation – a petroleum business that he founded. Despite his New England roots, George H.W. Bush had once lived the life of a Texas oilman. Yet unlike Trump – who has rejected the recent report’s conclusions – President Bush chose not to ignore the growing tide of environmentalism.

On the contrary, some of the oral histories of the Bush White House at the University of Virginia’s Miller Center suggest an engaged president determined to move beyond his traditional base of support and address a big problem head on. Even before he took office, the president-elect began reaching out to environmental organizations such as the Sierra Club and the Environmental Defense Fund. From his early days in office, Bush’s administration tried to foster a friendlier relationship with such environmental NGOs. As one staffer remembered, many of these groups were surprised by the outreach, but they welcomed it nonetheless.

When it came to environmental legislation, Michael Boskin (Chair of the Council of Economic Advisors) remembered that it was “clear that the President wanted to do something that was nontrivial.” Such dedication was obvious to those working closely with the president. While putting together the Clean Air Act, Bush surprised many with his command of the details and his willingness to consider competing points of view. As one staffer remembered, during discussions, the president “knew more about CO2emissions” and other pollutants (like sulfur dioxide) than the head of General Motors (who was also in the room).

Ultimately, Bush would preside over some of the most important environmental legislation of the late twentieth century – the 1990 amendments to the Clean Air Act. Still, this did not mean that Bush had become a liberal when it came to the environment. In fact, the 1990 update of the original 1970 act introduced a novel – and ultimately conservative – approach to the environment.

The most consequential aspect of the Clean Air Act was emissions trading. Title IV of the act, the Acid Rain Program, set limits for how much sulfur dioxide and nitrogen oxide could be released into the air by factories and other major polluters. However, the Acid Rain Program also built in a way that allowed these participants to trade their allotted pollution allowances. In essence, Title IV created a market incentive to pollute less. A company could even stand to profit by selling off some of their pollution rights.

Economists had discussed such ideas in the past, but it was Bush’s signature that made “cap and trade” a reality. The idea of allowing corporations to trade the right to pollute was a market-based approach to a problem that had formerly been dealt with through stricter regulatory controls. Indeed, both conservative politicians and business executives had long been vexed by what they saw as a heavy-handed approach to environmental protection.

By contrast, the “cap and trade” measures in the revised Clean Air Act would, as Boskin recalled, be a new form of “flexible regulation” that would “set a standard and then allow people to comply with it in the least costly way possible by trading their rights.” The politics of getting emissions trading were tricky, with the Bush administration using the threat of a veto and even cutting a side deal with the Environmental Protection Agency over how to interpret specific parts of the law.

The end result, an attempt to create a market that encouraged participants to behave in an environmentally friendly way, was not something a Democratic administration was likely to have come up with in 1990. Though the Clinton administration embraced the idea later in the decade, and even tried to expand the practice with the ill-fated Kyoto Protocol, the Acid Rain Program was rooted in a Republican economic philosophy. In effect, the Clean Air Act introduced a fundamentally new approach to environmental protection.

Bush followed this landmark piece of legislation in 1992 by signing the Energy Policy Act into law, which included language encouraging the use of renewable energy. Achievements like the 1990 and 1992 acts helped set the stage for businesses to start addressing the environmental issues more directly. Even Bush’s old Houston friend, Ken Lay, used his position as the head of the Enron Corporation to explore clean energy projects.

This is not to say that Bush’s record on the environment was perfect – it wasn’t. Only under intense political pressure did he reluctantly attend 1992’s UN Earth Summit in Brazil. Once there, the U.S. declined to sign onto several treaties, and perhaps the most important agreement on global warming was, in the end, nonbinding. With Al Gore on the Democratic ticket that year, environmentalists had far more progressive options when heading to the election booth.

Still, President Bush’s work on the Clean Air Act is emblematic of a Republican administration that was not afraid to address big environmental problems. Sadly, this is not the case today. While incoming Democratic lawmakers like Alexandria Ocasio-Cortez are promoting the idea of a Green New Deal, Trump’s White House seems incapable of even acknowledging a looming planetary catastrophe. As Republican politicians begin the process of publicly extolling the 41st president’s virtues and legacy, they would do well to revisit the lessons offered by Bush’s work on some of the late twentieth century’s environmental problems.