Tarik Cyril Amar is an Associate Professor of History at Koç University. Follow him on Twitter @TarikCyrilAmar. 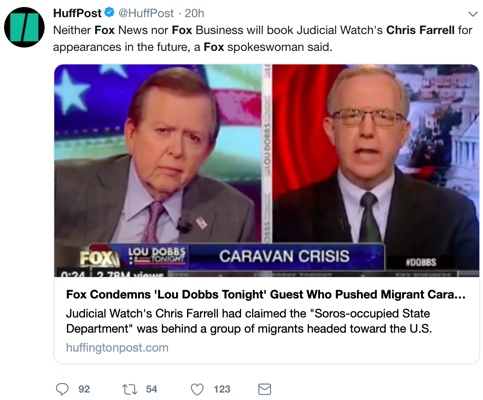 After the American Nazi massacre at the Tree of Life synagogue in Pittsburgh, we inevitably and rightly think of the genocidal antisemitism the Nazis preached and practiced. This makes perfect sense for three obvious reasons: This is a case of mass murder motivated by antisemitism, the perpetrator is an American Nazi, and he has struck in an atmosphere personally poisoned by a president (no less) who has deliberately resurrected the “America First” slogan of those Americans who were still ready to cooperate with Nazism even when most others began to see that that was wrong as well as hopeless.

Against this backdrop, some commentators have asked if Trump is an antisemite, as it were, deep down or in his (dark and selfish) heart of hearts. Full disclosure, this author believes he is (and Ivanka, Jared, and an embassy in Jerusalem are simply irrelevant here). But the question is, ultimately, a distraction because what matters politically more is what Trump does. And there the picture is crystal clear one way or the other. He has emboldened antisemitism by appealing to classical antisemitic prejudices. In a world of adults, where one is responsible for one’s acts, that makes him an antisemite in practice – and that should be enough to close the issue as far as this world is concerned. Assessing Trump’s theory or his clearly rotten soul we should leave to much higher authorities; it’s likely to be a job transcending human powers anyhow.

There is, however, something to talk about here, something that seems to require some clarification. While we have good reason to look toward the abyss of Nazism to help us understand the American president, his power, and the state of the USA at this moment, we may miss another history from which we could learn: that of Stalin’s Soviet Union after World War Two. Between the late 1940s and the spring of 1953, when the dictator finally died (helped along or not), that country was in the throes of an antisemitic campaign.

This may still surprise some readers since, whatever Stalinism’s many and horrific crimes (including a period of collusion with the Nazis), it had just borne the brunt of defeating Nazism and thus the antisemitic regime par excellence. Yet there it was: a long and intense countrywide antisemitic campaign affecting many thousands, involving murder, torture, detention, public hounding, job discrimination, and social ostracism – and cut short before a perfectly imaginable further escalation only by Stalin’s death.

Contemporaries and historians have struggled to explain this phenomenon. Was it the result of power struggles and intrigues among very nasty adults at the apex of power? Of Stalin finally giving his personal antisemitism full reign? Of deep currents of antisemitism running through society as a whole and somehow mobilized by the war, never mind official “internationalism”? Did international politics play an important role? All of the above?

Two things, however, are clear. One, we will never actually know what exactly was going on in the Soviet Union’s leader’s increasingly creaky yet unflaggingly vile mind. As with the current leader of the USA, we don’t really need to. The outcome was clear enough and more important than the specific shape of banal yet profound evil in one wicked man’s sad soul.

And two, the Stalinist antisemitism campaign was one giant dog whistle. Unlike the Nazis, the postwar Stalinists usually did not explicitly direct their attacks against “the Jews.” Instead they targeted “rootless cosmopolitans,” while it was perfectly clear – and meant to be clear – that these words stood for “Jew” plain and simple.

To be clear, this is important not in order to claim, Fox-style, some delusional equality between “left” and “right” when it comes to antisemitism, but because the late-Stalinist method is closer to the pattern now displayed by Trump and many of his followers than the Nazi approach. This tells us, again, that we miss the problem when we focus too much on explicit verbal and symbolical attacks on Jews, even while those occur as well.

Rather, in the Trumpist USA now, as in the postwar Stalinist Soviet Union, a crucial part of the phenomenon is precisely the devastating effects achieved by evil allusions, truly dirty winks and nudges on a mass scale, and the implausible deniability of code phrases: then “cosmopolitans,” now – in this and precisely this toxic context – “globalists”; then caricatures of Jewish doctors, now caricatures of Jewish politicians, entrepreneurs, and philanthropists.

Of course, the Trumpist USA is not the Stalinist Soviet Union. A capitalist regime somewhere on the aberrant path that leads from declining democracy to consolidated oligarchy is a very sad thing indeed, but it’s not the same as a Communist totalitarian juggernaut. True, but hardly any reason to be complacent. Instead, should it not be a disturbing disgrace to America that, even while there are still remnants of its democracy, its society is already home to things that plausibly evoke not only one of the worst regimes of the last century but two?