Arica L. Coleman is a historian, lecturer and author of "That the Blood Stay Pure: African Americans, Native Americans and the Predicament of Race and Identity in Virginia." 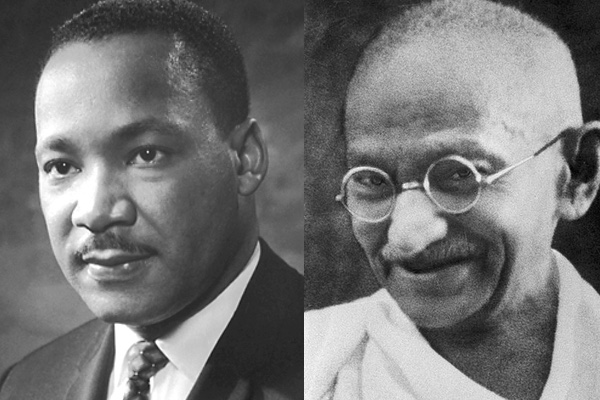 Today marks the 72nd anniversary of India’s independence from Britain, which occurred on August 15, 1947. Twelve years later in 1959 Dr. Martin Luther King visited “the land of Gandhi” touring the subcontinent and meeting dignitaries, relatives, and friends of the man honored as “the Father of India." 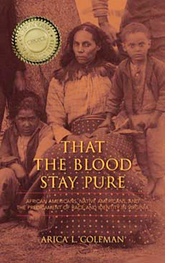 The month-long trip not only solidified King’s commitment to the Gandhian concept “Satyagraha,” meaning “truth force or love force,” but it also deepened his admiration for his intellectual idol so much so that King’s Palm Sunday sermon, delivered two weeks after his return to Montgomery, Alabama, centered on Gandhi.

King’s view of his revolutionary forbear echoed early twentieth century Christian theologians, who believed the Mahatama (Great Soul) was an avatar of Christ, the embodiment of Jesus’ Sermon on the Mount. “Christ furnished the spirit and motivation,” King stated, “while Gandhi furnished the method. And isn’t it significant that he died on the same day as Christ died?”

Yet, for the past decade scholars have taken a closer and more critical look at the life and words of India’s beloved founding father, deconstructing a saintly image steeped in a mythology that had captured the imagination of millions of admirers, including arguably his most devoted disciple, MLK.

In fact, the early Civil Rights Movement demonstrates that King’s philosophy was based on an uncritical acceptance of the Gandhi myth, a construct of the Mahatama’s devoted followers; but during the latter years of his tenure, King, while maintaining devotion to the philosophy of nonviolence, unwittingly transformed his philosophy to reflect the viewpoint of his idol’s ideological opponent, Dr. Bhimrao Ramji Ambedkar.

King had only a cursory knowledge of Gandhi when he heard a lecture by Howard University President Mordecai Johnson in 1950, just three years after India acquired independence from Britain. King, an impressionable twenty-one year old graduate student of Theology, “left the meeting” so inspired that he “bought a half-dozen books on Gandhi’s life and works.”

Before studying Gandhi, King believed that war and even violence was a necessary evil; but he changed his mind, stating in his autobiography, “But after reading Gandhi, I saw how utterly mistaken I was. Gandhi was probably the first person in history to lift the love ethic of Jesus above mere interaction between individuals to a powerful and effective social force on a large scale.”

King initiated the Gandhian philosophy in the Civil Rights Movement during the 1955-56 Montgomery, Alabama Bus Boycott. King stated that “India’s Gandhi was our guiding light. . . . We spoke of him often.” Once the victory of bus desegregation was won, King was determined to visit India.

In an article written for Ebony Magazine, King called his visit to the subcontinent, “the most concentrated and eye-opening experience” of my life. The thirty-year old civil rights leader believed India represented the alternative to violence, which in its aftermath only yielded bitterness and hatred. To the contrary, “Gandhi followed the way of love and nonviolence,” the aftermath of which was “the creation of a beloved community so that when the battle is over . . . a new love . . . new understanding . . . and new relationship comes into being between the oppressor and the oppressed.”

Yet, King’s theory of beloved communities did not consider the complexity of post-revolution realities for oppressed peoples. Case in point, King inflated India’s love for the British people stating, “If you ask the Indian People who they love more, they will say to you immediately . . . the British people. But who were “the Indian people” King spoke about?

King treated the violent death of his Indian Hindu hero by a Hindu fundamentalist as an isolated incident while ignoring the post-independence violence and riots that led to the deaths and displacement of millions of Indians when Britain partitioned the subcontinent into Hindu India and Muslim Pakistan.

While the gross poverty of the country and the troublesome issue of caste was not lost on King, his view of these issues was distorted by the propaganda machine of India’s elite. King believed that the Indian government demonstrated a firmer commitment to eradicate casteism than America’s commitment to eradicate racism; and he credited Gandhi’s leadership on the issue stating, “He not only spoke against the caste system, but he acted against it.”

But Ambedkar, an Untouchable and fierce opponent of Gandhi, would have disagreed. As writer-activist Arundhati Roy stated in her seminal book, The Doctor and the Saint, Ambedkar challenged the Mahatama “politically, intellectually, and morally” due to his support for policies which embraced rather than eradicated caste.

As demonstrated by Ashwin Desai and Goolem Vahed in their book, The South African Gandhi: Stretcher-Bearer of Empire, Gandhi’s caste problem appeared very early in his activism. During his years in South Africa from 1893-1914 Gandhi, a Vaishya of the privileged caste of Hindu traders, completed a law degree in London and afterwards received a one year contract with a legal firm in southern Africa. Gandhi’s political awakening occurred when he was thrown off of a train in Pietermaritzburg for riding in a first class “whites only” car. Outraged that “passenger Indians,” those of the privileged merchant class, were treated on a par with Africans, whom he referred to using the pejorative “raw Kaffirs,” Gandhi organized the Natal Indian Congress (NIC) in order to pressure the British government to adhere to Queen Victoria’s 1858 proclamation, which granted equality to all Imperial subjects.

Gandhi secured the NIC’s first victory when his request for a third entrance to the post office for Indians was granted. His petition was based on the idea that the European and the Indian “came from the same stock, called the Indo-Aryan.” He further demonstrated his support for segregation when he decried being placed in a jail cell with a “Kaffir.”  “They as a rule are uncivilized,” he stated; “the convicts even more so. They are troublesome, very dirty and live almost like animals.”

Gandhi’s activism in South Africa was underscored by caste and racial segregation; and rather than agitating to eradicate the system, he sought to make friends with it; despite his work among the “Depressed Classes” including denouncing “untouchability” when he returned to India permanently in 1915, Gandhi, as Desai and Vahed persuasively argued, never denounced caste.

Untouchability, which was outlawed in 1917, referred to those within the Untouchable (Dalit) caste, whose movements were restricted due to the belief that any physical contact with them, including their shadow, would cause others to be contaminated. Hence, they were relegated to segregated settlements. They were forbidden to use the same public roads as the privilege-caste; and were also barred from public wells, Hindu temples, and privilege-caste schools.

While Gandhi spoke out against “untouchability” he continued to support the caste system calling it “The genius of Indian society.” He believed that the hierarchy of caste should be eradicated, but that the hereditary principle of caste, which designated a person’s life occupation, should remain, otherwise India would descend into chaos.

For three decades Ambedkar fiercely opposed Gandhi, contending that his views were steeped in Hindu orthodoxy, which underscored the notion of caste sanctioned by the Hindu Shastra (sacred text). He argued in his essay, “The Annihilation of Caste,” that merely “holding inter-caste dinners and celebrating inter-caste marriages” was a “futile method.” Those who supported “Mahatma Gandhi,” failed to see that “the removal of untouchability will not change their [people’s] conduct.”

In other words, the problem was not people’s behavior, but the system of discrimination, which informed social relations. Less than a year before his assassination, King came to a similar conclusion.

When King returned from his triumphant visit to India, he took on the entire South and the entire country with nonviolent marches, acts of civil disobedience, and a speech that shook the core of a democratic nation founded upon undemocratic principles (to borrow the words of Ambedkar). But three and a half years later, the spark that lit that dream had faded.

On May 8, 1967, a visibly wary King told an NBC News correspondent that the dream he had on the day of the famous March on Washington for Jobs and Freedom, “has in many points turned into a nightmare.” King stated that deep “soul-searching” and “agonizing moments” forced him to realize “that some of the old optimism was a little superficial and now it must be tempered with a solid realism.”

Perhaps King revisited his trip to India and realized that he had been, as Arundhati Roy stated, fed “a diet of Gandhi hagiographies,” only to realize that there can be no revolution without social reform.

A still young yet more sober King envisioned that ‘there are difficult days ahead” as the movement pivoted to combat what he viewed as the three evils of society— racism, economic exploitation, and militarism.  Social reform would require no less than the transformation of the soul of America, a radical social change which India and the United States now desperately need to achieve genuine equality.

*Ambedkar is known as the Father of India’s Constitution, which he helped drafted but later denounced.