Joel K. Goldstein, the Vincent C. Immel Professor of Law at Saint Louis University School of Law, is the author of The White House Vice Presidency: The Path to Significance, Mondale to Biden (2016). 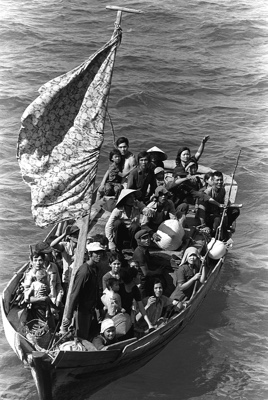 No historical analogy is required to be repelled by the Trump administration’s “zero tolerance” immigration policy which involved the separation of thousands of children from their parents. “Anybody with a heart would feel very strongly about it,” said President Donald Trump when he belatedly signed an executive order ending the policy his administration had imposed. Trump and his subordinates had previously blamed the Democrats, Congress and the courts and justified the approach as good policy with Biblical support. Trump’s executive order did not, of course, repair the damage his administration had already caused – to the parents and children separated from each other, to America’s international standing, to America’s commitment to humane values. 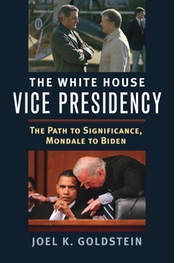 Jimmy Carter’s response to the Indochinese refugee crisis forty years ago illustrates a quite different attitude toward refugees and to governing. It provides a case study that illustrates how the Trump administration’s perverse substantive values and Trump’s governing approach produce such disastrous policy as intentional family separation.

Eric Schwartz, the President of Refugees International and a former dean of the Humphrey School at the University of Minnesota, has recently recalled, as an “alternative vision” of American humanitarian leadership, Vice President Walter Mondale’s remarkable speech 39 years ago last month to a special meeting of about 60 governments in Geneva at a United Nations Conference on Indochinese Refugees. The Geneva meeting had been convened to address a refugee crisis that stemmed from repressive and discriminatory actions against ethnic, religious and national groups by the Vietnamese government that caused hundreds of thousands of people to flee for their lives, often by sea in decrepit craft, as well as by actions creating land migrations from Laos and Cambodia. Camps in neighboring countries were bursting with refugees, boats were being turned away, refugees were dying at sea.

Mondale’s diplomatic efforts and eloquent speech at the Geneva meeting galvanized the world to respond. After spending the first day meeting with representatives of China and American allies, Mondale delivered his powerful speech. “[S]ome tragedies defy the imagination,” said Mondale. “Some misery so surpasses the grasp of reason that language itself breaks beneath the strain.” Mondale recalled that 41 years earlier an international conference at Evian had failed to act to save the Jews of Germany and Austria, an indifference that emboldened Hitler. Mondale challenged the world not to repeat the tragic mistake of Evian. “Let us honor the moral principles we inherit. Let us do something meaningful—something profound—to stem this misery. We face a world problem. Let us fashion a world solution. History will not forgive us if we fail. History will not forget us if we succeed.”

Nine years ago I called Mondale’s speech “one of the truly eloquent speeches in American history” in an article that prompted Mondale speechwriter Marty Kaplan to provide some of the backstory behind it. Rereading Mondale’s speech never fails to move me; you can find it here.

As inspirational as the speech was, it succeeded because it was part of a process that reflected an enlightened and capable approach to governing, one altogether absent in the Trump administration.

Assistant Secretary of State Richard Holbrooke had communicated with Mondale about the crisis and the obstacles impeding the Carter administration from an optimal response in spring 1979. Mondale took the problem to Carter and, with his support, brought together an inter-departmental group to address the problem. Mondale persuaded Carter to denounce the repressive policies, deploy the navy to rescue refugees from sea perils, admit 14,000 refugees per month (168,000/year), and seek additional funding to establish refugee processing centers and to assist in resettlement efforts.

Mondale took these concrete actions to Geneva. There, his diplomatic and oratorical efforts produced a strong positive response. America was able to persuade other nations to respond because in addition to Mondale’s inspiring words, he offered a seven-point plan for international action and the United States led by example, doubling the refugees it would accept and committing resources to save and resettle others.

But the Carter-Mondale “alternative vision” succeeded because Carter immersed himself in information and prioritized making the right choices, not those that catered to a political constituency. Carter created an administration in which talented people were not afraid to raise problems and think about them holistically. By contrast, it was predictable that Trump’s zero tolerance approach would produce the inhumane results it did, but Trump and his subordinates either did not think about the problem in a comprehensive way or were not offended by taking children from their parents, or both.

Government officials knew that Mondale could influence Carter and that he was willing to fight for initiatives even when they ran counter to Carter’s concern to limit government spending. Therefore, it was not surprising that the challenges involving Indochinese refugees came to Mondale and that he took the issue to Carter. Mondale understood that America could only persuade other nations if it brought a plan and an example as well as prose to Geneva.

Mondale’s eloquent speech at Geneva did represent “an alternative” and far more attractive vision of humane international leadership. We can be sure that those the navy saved from perilous seas viewed America quite differently than will the children who were locked in cages and the parents and children many of who still remain separated because the government cannot figure out how to reunite some of the families that it tore apart. In stark contrast to today, America’s 1979 actions showed the world a nation committed to stopping suffering, not creating it.

That episode demonstrated the importance of values but also of having a president engaged with information, not one oblivious to it; one who invited and often received criticism and bad news from Mondale and others, not one who encourages sycophancy and limits his news feed; and of an administration where highly capable public servants think about problems in their complexity with empathy, not one where officials are surprised by predictable outcomes or complicit in designing and implementing programs that embarrass decent Americans and spark outrage around the world.