Kyle Longley is the Snell Family Dean’s Distinguished Professor of History at Arizona State University and author of LBJ’s 1968: Power, Politics, and the Presidency in America’s Year of Upheaval. 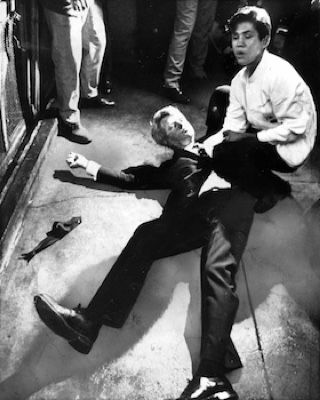 For more than fifty years the National Rifle Association (NRA) has dominated gun control debates. Outside of the Brady Act (which ultimately expired), it has successfully stymied most gun control efforts.

However, the tide may be turning, especially with the Parkland Massacre that mobilized young people across the nation to take the lead in stopping the violence associated with guns.

But, major challenges exist. And, the lessons of Lyndon Johnson in 1968 provide some insights into them. 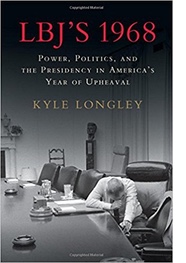 The most substantial effort occurred in June 1968 when LBJ tried honoring the slain Robert Kennedy with stronger gun laws.

RFK had spoken out strongly on the matter only a few weeks before his death. So, when an assassin struck him down, Johnson mobilized support for tougher restrictions on the sale of guns across state lines as well as national registration of weapons and gun owner licensing.

When RFK died on June 6, LBJ sent Congress a strongly worded statement, opening, “Criminal violence from the muzzle of gun has once again brought heartbreak to America.” Johnson continued: “Far too many [guns] were bought by the demented, the deranged, the hardened criminal . . . . We cannot expect these irresponsible people to be prudent in their protection of us, but we can expect the Congress to protect us from them.”

He encouraged Congress to respect the wishes of the majority, reasoning that “the voice of the few must no longer prevail over the interests of the many.”

Even before throwing down the gauntlet, LBJ understood the challenges. After the shooting, he told his aide Joseph Califano: “We have only two weeks, maybe only 10 days before the gun lobby gets organized. We’ve got to beat the NRA [National Rifle Association] into the offices of members of Congress.”

Indeed, like today, the NRA mobilized quickly. Gun control proponents in Congress led by Senator Millard Tydings (D-MD) pushed for licensing gun owners, the registration of weapons, and limits on methods of delivery. But the NRA played on people’s fears of rising crime and racial unrest to generate opposition.

Ultimately, the NRA beat back the reforms. Tydings could not even get the bill out of the Senate Judiciary Committee. Califano suggested: “The President believed that liberals, like Tydings, had been their own worst enemies” because they moved too slowly and sometimes sought too much.

A subsequent crime bill passed that summer included gun control, but it had limited effect. It led Assistant Attorney General Warren Christopher to emphasize: “The bill is far more a reflection of the fears, frustration, and politics in the times than an intelligent carefully tailored measure.”

After more political wrangling, in October, the president achieved a victory, albeit a partial one. New legislation ended mail order gun sales, purchases by minors, and stopped the importation of cheap handguns, but failed on national registration, gun licensing, and limits on other purchases.

At a press conference afterward, the president reasserted: “I think we need a stronger gun control law, so we can keep them out of the hands of the maniac, the insane, the delinquent and the minor.”

Later, he added: “The voices that blocked these safeguards were not the voices of an aroused nation. They were the voices of a powerful lobby, a gun lobby, that has prevailed for the moment in an election year. But the key to effective crime control remains, in my judgment, effective gun control. And those of us who are really concerned about crime just must--somehow, someday--make our voices felt. We must continue to work for the day when Americans can get the full protection that every American citizen is entitled to and deserves—the kind of protection that most civilized nations have long ago adopted. We have been through a great deal of anguish these last few months and these last few years—too much anguish to forget so quickly. So now we must complete the task which this long needed legislation begins. We have come a long way. We have made much progress--but not nearly enough.”

But, as a lame duck president, he had little time left to address the issue before leaving office. He understood that the NRA would continue to exploit the fear of crime (often related to race) to scare people, but Johnson had few options to affect the debate.

Fifty years later in 2018, the issues remain the same, although the president and much of the GOP controlled Congress are firmly in the NRA’s corner. It will take significant changes in Congress and state legislatures to ensure change. Until then, the mass murders will continue, although the new generation may make a difference. However, they must understand there is a long record of struggle and failure and learn from the mistakes, including those of LBJ in 1968.