The Shameful Practice of Buying and Selling Babies Doesn't Only Happen Overseas, but Here in the US, too

Janet Golden is a historian of health care, women, and children and a professor at Rutgers University. She is the author of Babies Made Us Modern: How Infants Brought America into the Twentieth Century (Cambridge University Press, April 2018). 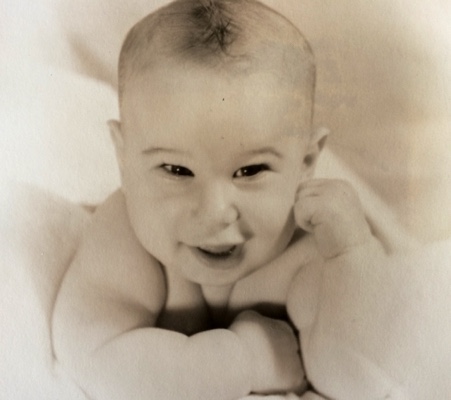 A BBC report about a raid on a Nigeria "baby factory,"selling infants for adoption, trafficked for prostitution, and worse, probably shocked and horrified listeners. How many of them, I wondered, knew the history of American baby selling. In the post World War II baby boom years families wanting babies to adopt quickly learned there weren't enough to go around and those with the means turned to baby brokers operating outside or on the edges of the law. 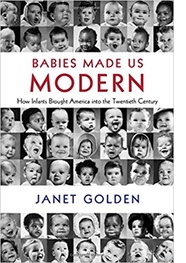 Periodic media attention to infant sellers began in the 1950s with a New York Timesarticle about a notorious branch of the Tennessee Children's Home Society that raked in approximately one million dollars arranging adoptions. The paper reported on local sales as well, including a front-page story in 1951 headlined "4 Doctors among 9 Indicted Here in $500,000 Baby Black Market."

Sustained attention to the problem came in 1955 when the Senate Subcommittee to Investigate Juvenile Delinquency held four days of hearings on what it called "the adoption racket." Subcommittee chair, Tennessee Senator Estes Kefauver (himself an adoptive father), explained the rationale for a juvenile delinquency committee to investigate the problem. He observed that "improperly placed children" could become maladjusted and delinquent. Over two days of hearings in Miami and another two days in Chicago, the committee learned all about the economics of the baby trade.

Babies were not cheap and baby selling proved to be such a lucrative business that New York City authorities uncovered a million-dollar adoption racket in 1959 that included loan sharking and gambling. The price of babies discussed during the Kefauver hearings ranged from $1,500 to $5,000 or more. The median family income in 1956 was $4,800; clearly the trade involved a wealthy clientele.

The expense reflected the many middlemen and women involved. Birth mothers received stipends, maternity home operators were reimbursed for room and board for the women waiting to give birth, doctors received money for the deliveries, lawyers got paid for arranging the adoptions, and sometimes judges received payoffs for approving the adoptions. In 1956 Kraft Television Theater, possibly inspired by the Kefauver hearings, aired the melodrama "Babies for Sale." One scene involved a bit of haggling between the prospective father and the baby broker, who says, "I understand you want our merchandise but you don't want to pay our price," and a few moments later, "I'm doing business in a seller's market." It was an accurate account. Of course, not all babies brought high prices. Buyers wanted healthy, white infants and they returned the ones discovered to be "defective" or of mixed-race.

Families turned to the black or grey market to acquire babies after being rejected by adoption agencies or because they were unwilling to wait for a licensed agency to investigate them and then, if accepted, join a long waiting list. In turning to baby brokers they signaled a refusal to accept the judgments of experts, even though they shared with the psychologists and social workers whose judgment they eschewed the same faith in environmentalism. A loving home, they believed, would overcome any presumed deficits that resulted from being born to a poor, unwed mother—the typical case for an infant adoptee.

At the conclusion of the hearings Kefauver proposed a bill to outlaw the commercial sale of children. At the time, thirty-four of the forty-eight states had no laws regarding the sale of babies. The legislation did not pass, despite the strong support of the U.S. Children's Bureau and many social welfare organizations. An amended version of the bill introduced in 1965 after another round of hearings also failed to become law. States maintained control over adoption, although federal measures regarding inter-country adoption, adoption support, and prevention of child pornography and child trafficking would be enacted. Despite the laws and the efforts to halt illegal sales, the baby trade continues in the United States and elsewhere, as a quick online search will reveal. The information uncovered in the Kefauver hearings seems dated only in its prices, and in the method for finding pregnant women willing to enter maternity homes and give up their babies. Now people don’t turn to newspapers.