The Massacre that Was Dismissed as Fake News

Scott Laderman is a professor of history at the University of Minnesota, Duluth.  His most recent book is Imperial Benevolence: U.S. Foreign Policy and American Popular Culture since 9/11, which is forthcoming with the University of California Press. 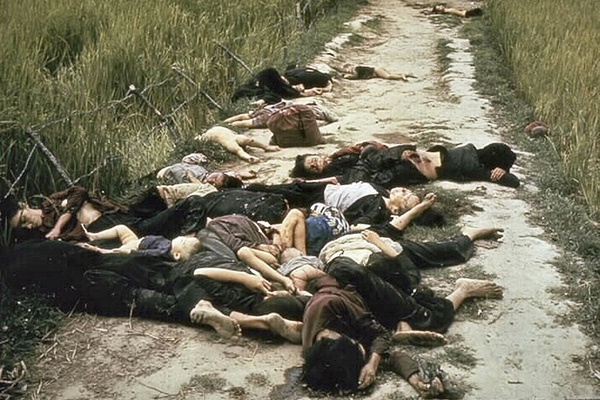 Fifty years ago this week, as U.S. policymakers were still attempting to make sense of the Tet Offensive, a company of American soldiers entered Son My village in central Vietnam’s Quang Ngai province and proceeded to slaughter 504 of its inhabitants. The victims – far too numerous to list here – are identified by name and age at a touching memorial at the massacre site. Most were women, children, and elderly men. A number of them were raped. Others were mutilated. All were civilians. 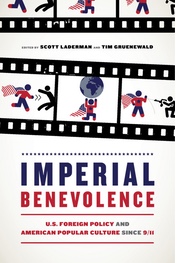 Contrary to initial U.S. military claims that the carnage totalled “128 Communists” killed in “a bloody day-long battle,” the My Lai Massacre, as it came to be known, was not a response to National Liberation Front hostilities.i Not a single shot was fired at the Americans that morning. Nor was the slaughter a brief, spontaneous outburst of momentary violence. The atrocities unfolded over several hours – long enough, in fact, for the perpetrators to pause for lunch.

Today we remember the My Lai Massacre as an episode of extreme brutality in an extremely brutal war. What we tend to forget is that the story, when investigative journalist Seymour Hersh first broke it nearly twenty months after it happened, was readily dismissed by countless Americans as what now would be called “fake news.”

A poll of 600 adults in Minnesota, for example, found that nearly half (49 percent) did not believe “the charges of mass murder are true.”ii Some of the respondents objected to the killing being characterized as “murder,” but others were in flat denial that it took place. The Wall Street Journal interviewed people in a dozen cities across the country and found a similar attitude. While critics of the war tended to see the massacre as a confirmation of their opposition to it, supporters – most of them on the political right – felt differently. “I don’t believe it actually happened,” a salesman in Los Angeles told the paper. “The story was planted by Vietcong sympathizers and people inside this country who are trying to get us out of Vietnam sooner.”iii

Even among those who accepted that the killing occurred, twenty percent, according to a Newsweek poll, did not think it amounted to a crime.iv “It was good,” a 55-year-old elevator starter in Boston said approvingly of the massacre. “What do they give soldiers bullets for – to put in their pockets?”v When Time magazine polled 1,608 American households about what happened, 65 percent of respondents shrugged off My Lai, “reasoning that ‘incidents such as this are bound to happen in a war.’ ”vi

Other Americans dismissed the atrocities on the grounds that the nation’s enemies were even worse. Our boys “wouldn’t do something like that deliberately – but the other side would,” an elderly resident of a Philadelphia suburb maintained. “If people here could see what the Vietcong do, no one would be saying our soldiers are such bad guys,” said another Pennsylvanian.vii

While the terminology may have changed, barking “fake news” is clearly not just a twenty-first-century phenomenon. Denying or dismissing inconvenient realities is by now a longstanding American tradition. This is particularly true for those who call themselves conservatives. When Thomas Mann and Norman Ornstein famously wrote in 2012 that the modern Republican Party has become “unpersuaded by conventional understanding of facts, evidence, and science,” they dated this “politics of extremism” decades too late.viii

Donald Trump may have mastered the art of deflection, but he was hardly the first president to develop this skill. Nearly fifty years earlier, the Nixon administration observed what it called the growing “backlash” to the My Lai reports and did everything it could to fuel it, though, as National Security Advisor Henry Kissinger counseled, while being careful to ensure that it “could not be attributable to the White House.”ix

The fact that none of this seems particularly shocking in 2018 speaks volumes to just how corrupt American political culture remains. We have yet to come to terms with the Vietnam War’s consequences for countless Vietnamese, as we continue to see the war as a distinctly American, rather than Vietnamese, tragedy. What an unfortunate legacy for those hundreds of civilians who lost their lives on that March 16 half a century ago.