Are We Changing Places with China?

Paul S. Ropp is research professor of Chinese History at Clark University and the author of He is the author of China in World History (Oxford University Press, 2010). This article was first published in the Worcester telegram.com and is reprinted with permission of the author. 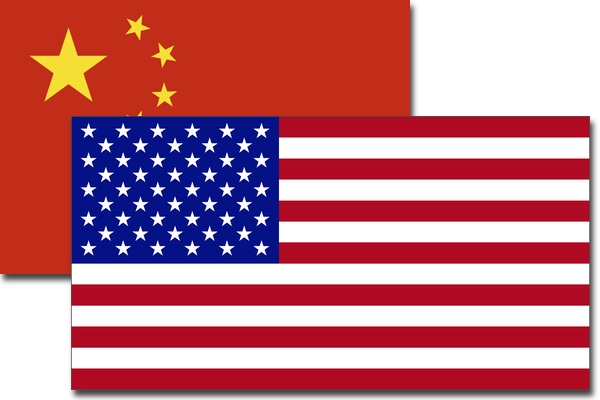 Mark Twain is reputed to have said “history doesn’t repeat itself, but it often rhymes.” Whether Twain said it or not, it’s an insight worth considering. One surprising example of such rhyming is a comparison of China in the 19th century with the United States today.

With eyes turned toward Asia, not just with the Winter Olympics, but in concern over the crisis in Korea and what role China has in helping the United States press for a resolution, I’m alarmed in looking from my vantage point as a long-time China watcher, over parallels that I see emerging in how China and the U.S. appear to be trading places on the world stage.

In 1793, China was a large empire in the early stages of decline as the 18th century was closing while Great Britain was emerging as the strongest power in the world. That year Britain sent Lord George Macartney to the court of the Qianlong Emperor to seek expanded trading opportunities, so Britain could sell more products to China to pay for its rapidly growing imports of tea, silk and porcelain. At that point China had been the dominant power in East Asia for two thousand years.

The Qianlong Emperor condescendingly dismissed all Macartney’s requests, saying that China produced all it needed, and wasn’t interested in expanding trade with distant poor and backward countries. Britain would solve its China trade imbalance by growing opium in its new colony of India, and shipping opium to China to pay for its imports of tea, silk and porcelain. When China tried to stop this opium trade, Britain twice went to war - in 1840 and 1856 - to keep the trade going and growing.

By the mid-19th century, China was already suffering from over-population, an inefficient government, a pre-industrial economy, widespread corruption, severe inequality and a growing epidemic of opium addiction. Because Chinese officials were arrogant and largely ignorant of the outside world, China was slow to react to the challenge of Western power and suffered over a “century of humiliation,” of internal chaos, political paralysis and foreign invasions which led eventually to the communist revolution of 1949.

How does any of that parallel recent American developments?

America has been the richest and most powerful country in the world for a century now. But today we face serious problems of growing inequality, an aging population, a shrinking middle class, crumbling infrastructure, burgeoning public debt, and an opioid crisis of our own. Polarization on both sides, fueled by the Citizens United decision and gerrymandering, has paralyzed our national government.

While our social problems have multiplied, China has grown the world’s largest middle class, rapidly increased its share of world GDP, and built 25,000 km of high-speed rail with another 16,000 km under construction. According to a CNN report, in 2014, China spent $37 billion on foreign aid, far more than the $29 billion spent by the United States. And the Trump administration has proposed cutting America’s foreign aid budget by 40 percent.

As we retreat from the world, China, despite its authoritarian ways, is advancing. For its “One Belt One Road” project to build rail and port facilities linking China with Western Europe and all countries in between, China is pledging to spend $1 trillion in 68 countries. Adjusted for inflation, that’s ten times what the United States spent on the Marshall Plan to rebuild Europe after World War II.

American wage stagnation stems from technological changes and automation, not from illegal immigration or environmental regulations or unfair trade deals. Environmental deregulation and trade wars will not bring manufacturing jobs back to the United States. Our opioid crisis is largely a result of aggressive marketing of addictive pain killers by our own drug companies, not Mexican drug dealers. A southern border wall will have no impact on our drug, employment or crime problems.

To address our aging infrastructure and growing inequality, we need to raise, not lower taxes on the wealthiest among us. To compete successfully with China for global influence, we need to increase, not reduce our foreign aid, and we need to implement, not scrap, the Transpacific Partnership.

Like China in the 19th century, we are crippled by our own arrogance and ignorance. In scapegoating other countries, we fail to recognize, much less address, the domestic causes of our growing inequality, our opioid crisis, and our shrinking middle class. Divided at home, we limp from crisis to crisis. Putting “America first,” we are unable to build international coalitions to address the global problems of terrorism, environmental disasters, or the flood of refugees from war and famine.

China has plenty of problems, including corruption, environmental degradation and an authoritarian political system. And we are still far more powerful than China. But the trend lines are moving in China’s favor. Polls show the Chinese people are happier with their government than we are with ours, and few Chinese today look to America as a model for China. As China demonstrated in the 19th century, and as we are demonstrating now, the road to national decline is paved with ignorance and arrogance.