They included Father Charles E. Coughlin, who was on the Nazi’s payroll.

Born and raised in the United States, SUSAN RONALD has lived in England for more than twenty-five years. She is the author of seven books, including "A Dangerous Woman," "Hitler's Art Thief," "Heretic Queen," "The Pirate Queen," and "Shakespeare’s Daughter." 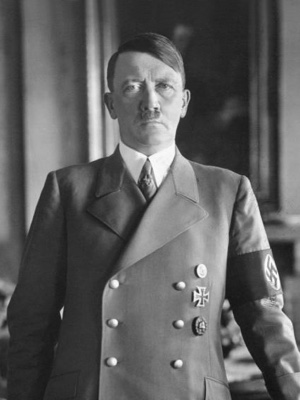 Why were so many “great” Americans tarred with a pro-Nazi brush? Henry Ford. Connecticut Banker and Senator, Prescott Bush, father and grandfather of the Bush presidents. Charles Lindbergh. Even the first, albeit short-lived, America First Committee (1940-1941) with its origins at Yale University allowed itself to become infiltrated by dangerous agents of the Third Reich in America. 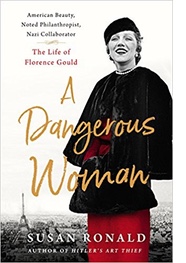 Granted, at the outset, there was some considerable sympathy for Hitler in Europe and America. The real enemy, Communism, had swept away the Russian Empire, and was making headway in Europe. Spain had gone communist. Fascism was seen as an antidote to the hammer and sickle. But Hitler’s personal interest in infiltrating America, as early as 1925, was purely economic. Germany needed foreign exchange to stay afloat. It was drowning in hyperinflation. A loaf of bread cost a trillion Reichsmarks. Wheelbarrows and muscles were needed to transport the cash to the bakery. Yesterday’s marks became tomorrow’s kites or paper toys for children—that’s how quickly they were devalued. But few Americans recognized that America’s bankers were behind the bankrupt currency. The names Morgan, Bush, Chase, Union Banking Corporation, First National City are just some that spring to mind.

Germany needed foreign exchange more than anything else to get back on its feet. From 1933, Hitler cunningly lassoed other Americans to help him in his task. Where else could he turn for money coupled with an unwillingness to stop his European expansion plan? As a failed artist, art seemed as good a place to start as any. Alfred H. Barr, Founding Director of the Museum of Modern Art, knew he was buying art taken from German museums that Hitler deemed to be “Entartarte” or “degenerate.” Barr befriended one of Hitler’s art dealers, Karl Buchholz, and was a close personal friend of the Hamburg-born art aficionado Curt Valentin from the time Valentin’s feet hit terra firma in 1937 New York. So Hitler got his foreign exchange, initially from looted museum art, later from desperate, mostly Jewish families, and Barr filled his new museum under the guise of “saving modern art.”

Barr was far from alone. American banks, like Chase National, were involved in a scheme to bring dollars to Germany in something called the Rückwanderer Mark Scheme. And why not? They had to do something to stop the rot on their poor Mark investments of the 1920s. Literally meaning “returning home,” the Rückwanderer Mark was designed to allow Germans living in the U.S.A. who wanted to return to Germany—on a temporary or permanent basis—to buy Rückwanderer Marks at an advantageous exchange rate. The Reichsbank allowed any returnees to Germany to exchange half of their dollars at the favorable RM 4.10 rate, even though the real exchange rate was only RM 2.48.

How could a bankrupt country afford such largesse? The surplus was paid from blocked accounts and assets once owned by refugees fleeing Germany, mostly Jews. The refugees lost an additional 25 percent minimum through a mechanism called a “flight tax,” which was often as elastic as a rubber band. The elasticity stemmed from the official practice of restricting refugees to one small suitcase to take with them and valuing any nonmonetary assets for two or three cents (pfennigs) on the Reichsmark. “The German government,” the FBI noted, “thereby netted a profit in dollars of nearly 90 percent.”

American Companies trading Rückwanderers needed to pay wholesalers, among which were a host of companies, including American Express, the Hamburg-Amerika Line, and the Swiss import-export firm Interkommerz in America, run by Henri Guisan, son of the commander-in-chief of the Swiss army. Jean Guisan, a close family relation, got the idea to introduce the seductive American, Florence Lacaze Gould (wife of the youngest son of American robber baron Jay Gould and the subject of my biography), to act as their “clean skin” banker in Monaco and France. The man who vetted Mrs. Gould was August T. Gausebeck, a German national working in New York since 1933. Gausebeck had the backing of the wealthiest supporters of Hitler including Fritz Thyssen, Prescott Bush’s main banking client. Gausebeck’s New York company, Robert C. Mayer & Co., and his German-inspired investment company called the New York Overseas Corporation, were the primary vehicles complicit in the theft of millions from Jews fleeing Germany. They should have received an acknowledgement somewhere for helping Hitler and Göring to build the Luftwaffe.

But have a heart. Uncle Sam did get around to stopping them. In 1943. The Neutrality Act in the United States prohibited loans and gifts to belligerent nations. J. Edgar Hoover, FBI director, was told in October 1939: “Representatives approach investors and indicate to them that Germany will undoubtedly win the war… and that marks will undoubtedly increase many times in value.” Hoover was onto the scam like any mollusk clinging to a juicy rock. What attracted Hoover’s attention was Gausebeck, that German resident alien who was secretly funding the anti-Semitic campaign of Father Charles Coughlin on the radio. Coughlin? Just a minute….

Surely the Canadian-American Catholic priest who took to the airwaves since June 1930 could not have been in direct Nazi pay? Wrong. The National Archives are littered with documents proving that the priest was on the take. And why not? The America he broadcast to in 1930 was bust, just like Germany after 1918. Investors in the stock market were looking at profits down some 45.9 percent in the leading two hundred industrial companies. Steel production was down 60 percent; automobile production a staggering 60 percent. Farmers selling wheat in the autumn of 1930 were getting half of what they had been offered in 1929. Office workers, if they still had jobs, watched the breadlines form and wondered if the lines might not be for banks about to close. (By December, there were 328 banks closing each month.)

So when Father Charles E. Coughlin took to the airwaves on Station WJR Detroit with his richly mellow, reassuring voice, his ingratiating charm just begged his listeners to wrap their arms around and listen to his own brand of “Fireside Chat.” Cloaking his fascist message in words of the times, Father Coughlin had discovered his pulpit. His listeners were, like the Germans in 1918, angry. Really angry at bankers. They feared the Communists more than the Fascists, and like other demagogues, Coughlin built his Church of the Little Flower on the wretchedness of others. By early 1933, it was estimated that Coughlin had an audience of ten million people in the U.S.A, and only a handful of critics. But that December, CBS refused to renew his contract unless his sermons were submitted to censorship prior to his broadcasts. Why?

Incensed Americans—Jews, Protestants, Catholics and others—ran to Father Coughlin’s defense. No one else stood up for America’s poor. They became members of his People’s Lobby, partly-funding his programs on another station, increasing his hook-up from twenty-nine to thirty-five stations. Enter August T. Gausebeck, Göring’s banker in America. If Coughlin took off the gloves and plainly said what he meant, Gausebeck would fund any shortfalls the good father might experience—in five to ten dollar untraceable donations. So Coughlin, freed from tedious financial burdens, spoke out against the C.I.O. and organized labor; against the League of Nations, swaying millions to vote as he saw it. Coughlin threw his considerable weight behind Franklin D. Roosevelt, and in the good father’s opinion, brought about Roosevelt’s first presidential victory. Angered that Roosevelt did not recognize his contribution, he turned on the president-elect. Coughlin publicly called Roosevelt a “liar.” That was his first big mistake.

He also spoke out vociferously against the “money lenders”—meaning Jews—and adopted the platform of a man eager to install the first American Reichstag. Coughlin leaned further to the right, republishing the disreputable forgery The Protocols of Zion in his magazine Social Justice and attacked American unionism as having its headquarters in Moscow. (Much of the commentary in Social Justice regarding Jews was taken verbatim from the speeches of Joseph Goebbels, literally line by line.)

Roosevelt was in the pocket of the “money lenders,” Coughlin endlessly jeered. Cheered at the German-American Bund meeting at Madison Square Garden in 1939, Coughlin and his platoons of Christian Front followers were revealed as nothing more than criminal thugs, out to terrify the neighborhoods they lived in. As hundreds were arrested for their violence and pointed racial hatred, claiming Coughlin as their spiritual father, the radio priest ran hot and cold in reply, depending on his audience.

By the time Pearl Harbor came, Coughlin had three-quarters of the United States clamoring for his scalp and demanding to lock up his lunatic fringe. Like Hitler, his little empire lasted a scant twelve years. The Catholic Church had cut him loose, clearly recognizing Nazi ideals, Nazi methods and the un-Christian message Coughlin preached. Yet his fascist worldview remains a danger today. Preaching hatred is not freedom of expression. It is dangerous, deadly propaganda—intent on destroying our souls through fear. We would all do well to learn the lessons of history, and understand how forces that use our democracy against us work.