What I’m Reading: An interview with Merry E. Wiesner-Hanks

Tiffany April Griffin is an HNN intern with a bachelor's degree in history. 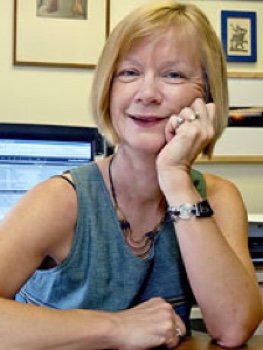 Merry E. Wiesner-Hanks is Distinguished Professor in the Department of History at the University of Wisconsin, Milwaukee. She often writes about women and gender. Her specialty is early modern European history. She is the editor-in-chief of the seven-volume 2015 Cambridge World History. She earned her PhD at the University of Wisconsin, Madison. Among her many books is Gender in History: Global Perspectives. Her latest book is A Concise History of the World. 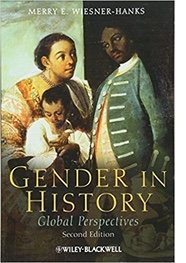 Why did you decide to write A Concise History of the World?

For the reasons that I explain in the introduction: most world history focuses on large-scale political and economic processes carried out by governments and commercial leaders. That means it focuses primarily on elite men, and in that it’s not much different from traditional history. I decided instead of just complaining that there wasn’t enough social and cultural history in world history (and not enough women), I would try to write a book that put those at the center. Besides, as I also say in the introduction: “Social and cultural matters are at the heart of big questions in world history today, from the Paleolithic—Did early homo sapiens begin creating social institutions, art, and complex language as the result of a sudden cognitive revolution, or was this a gradual process?—to the present—Are technology and globalization destroying local cultures through greater homogenization or providing more opportunities for democratization and diversity?” So by focusing on social and cultural history I was focusing on things that really matter.

You write about a select group of women. Why did you choose these women as examples?

One of the problems with world history is that it uses a large scale, which means that individuals often get lost. So I decided to start every chapter (except the first one) with an individual whose name we know, and who wrote something reflected on the key topic in that chapter (e.g. cities, cross-cultural connections) Some of these are female, and some male, and I tried to balance these around the world.

I sort of fell into it. I went to college thinking I was going into journalism, had some fine history courses, became a history major, then thought I would go to law school, but I got a fellowship to go to history grad school. As I had little money, continuing with my education for free instead of paying to go to law school seemed a good idea. I have no regrets.

What was your favorite historic site trip? Why?

Hard to say. Probably Jerusalem, which has layers of history just digging down. Or anywhere in Israel, for the same reason.

If you could have dinner with any three historians (dead or alive), who would you choose and why?

Alice Clark (1874-1934), who started the history of women’s work a century ago with her Working Life of Women in the Sixteenth Century, Miriam Chrisman (1920-2008), one of the first women to study the Protestant Reformation, including women’s role in that, and Natalie Zemon Davis (1928- ) who will turn 90 this year, and who shaped how I see history more than anyone else. Natalie and Miriam knew each other quite well, but I was never lucky enough to sit down with both of them at the same time. And from what I know of Alice Clark, she would be wonderful to have in this mix. If you’d like an example of something along these lines, read the postscript to Natalie Davis’s Women on the Margins: Three Seventeenth Century Lives, in which she has the three women who the book is about talk with one another. (They never met.)

Jesmyn Ward’s Sing, Unburied, Sing (an amazing novel), and Alexandra Shepard’s Accounting for Oneself: Worth, Status and the Social Order in Early Modern England, a book about how ordinary people thought of themselves and their place in society.

Natalie Davis’s The Return of Martin Guerre. I’ve taught it many times, and it never gets old.

What is your favorite library and bookstore when looking for history books?

I’m not buying books anymore. At this stage of life I’m trying to get rid of them!

I own one book published in the sixteenth century, a book about Islam written by a German author for which Martin Luther wrote an introduction. My former undergraduate mentor gave me this when he was getting rid of his books toward the end of his life. It’s mostly valuable to me because he gave it to me, but I always pass it around in class and my students think it’s cool to hold something that is 500 years old. (The cover is newer.) My husband and I actually have lots of historical artifacts, but that’s mostly the result of living on an old farm that had never been sold from when the land was first settled in the 1850s until we bought it in 1990. This meant there was huge amount of junk everywhere. So we have old machinery, tools, etc. plus a barn that was built in 1851, sheds built in the 1880s, and a house that was originally a log cabin. We’ve repaired and renovated everything, but the old bones are still there, so the timbers in the barn, for example, are hand-hewn. And we also have renovated two Airstream trailers, one from the 1970s and one from the 1940s. For that we learned how to rivet, which is fun.

Which history museums are your favorites? Why?

I like industrial museums and small local house museums, places that give you an idea of how people worked and lived.

Which historical time period is your favorite?

The sixteenth century (my own period).

What would be your advice for history majors looking to make history as a career?

Go for it! But don’t just think that making history as a career means teaching at a college or university. The job market is ghastly. It’s been so in the past, but working conditions are also getting worse as so much teaching is now done by contingent faculty with lousy pay and little job security. So whether the life those of us who are tenured university faculty have had will be around for many people in the future isn’t clear. But history is part of everything, so the skills of a history major are transferrable to many things. (I know that sounds trite, but it’s true.) And at some point we may get back to thinking about education as a public good again, instead of a commodity.

Who was you favorite history teacher?

My undergraduate mentor, Philip Kintner, at Grinnell College. I went to Grinnell thinking I was going to be an English major and become a newspaper reporter, as I’d been the editor of my high school newspaper. He made me a History major, and helped me become interested in the 16th century. And he also showed me how to be balanced—that you could both be a scholar and a gardener, a writer and a parent.

Why is it essential to save history and libraries?

This would take me too long to answer.

What is your goal with using social media for history?

I don’t really use social media much for history. Some of the professional groups I’m involved with have Facebook pages and blogs, and though I’ve contributed to these, I don’t have my own blog. (You can read one I wrote for the Society for the Study of Early Modern Women here) I have a Facebook page, but use it mostly socially and for political stuff, and then only rarely. I don’t use Twitter, and I use Instagram only to look at interesting photos when I’m stuck in an airport and need a break from reading or doing work. (So I follow natgeo and a few photographers, but that’s all.)