The Trump Administration’s War on Workers 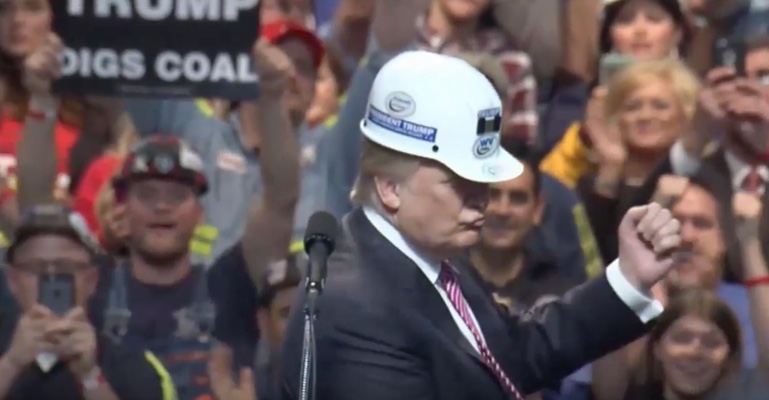 When Donald Trump was running for the presidency, he promised that, if he was elected, “the American worker[s] will finally have a president who will protect them and fight for them.” Today, though, safely ensconced in the White House, President Trump is waging a fierce campaign against American workers

His appointments to federal positions created to defend workers’ rights provide an indication of his priorities. For Secretary of Labor, Trump nominated Andrew Puzder, the CEO of a major fast food chain. When Puzder’s nomination was withdrawn amid allegations of labor law violations, Trump turned to Alexander Acosta, a figure with a long history of aligning with rightwing and corporate interests. As the new Labor Secretary, Acosta served as one of the stars at the annual gathering of the militantly anti-labor American Legislative Exchange Council (ALEC). For Deputy Secretary of Labor, Trump chose Patrick Pizzella, a former employee of the rabidly anti-union National Right to Work Committee who had lobbied against raising sweatshop-level wages.

Other administration appointments had the same orientation. For Assistant Secretary of the Mine Safety and Health Administration (MSHA), Trump nominated David Zatezalo, a former CEO of a coal mining operation with serious mining violations. The Trump administration also took control of the National Labor Relations Board (NLRB) by appointing members with a record of opposing workers’ right to organize. Furthermore, Trump helped ensure an unsympathetic hearing for American workers in the courts by appointing new federal judges known for their deeply-ingrained rightwing views.

Assisted by these and other pro-corporate officials, the administration quickly attacked worker health and safety provisions. It repealed an Occupational Safety and Health Administration (OSHA) rule requiring employers to keep accurate injury records, repealed the Fair Pay and Safe Workplaces rule ensuring that federal contractors follow safety and labor laws, withdrew an OSHA policy allowing workers in non-union workplaces to participate in OSHA inspections, and scrapped more than a dozen rules from the OSHA and MSHA regulatory agenda, including standards on combustible dust, styrene, 1-bromopropane, construction noise, update of permissible exposure limits, and MSHA penalties and refuge alternatives in coal mines. In addition, the administration delayed the issuance of the new standard for cancer-causing beryllium, enforcement of the OSHA standard for deadly silica dust.

The Trump administration has also launched an attack on workers’ wages. Although the Obama administration had updated and expanded overtime protections for 4.2 million American workers, implementation has been blocked in federal court while Trump’s Labor Department lays plans to narrow worker eligibility. The Labor Department has also proposed a new rule making it legal for restaurant owners to keep the tips given to their wait staffs, thereby depriving millions of low-paid workers (most of them women and people of color) of a substantial portion of their income. Of course, increasing the federal minimum wage, which has been stuck at $7.25 an hour for nearly nine years, would lift millions of workers out of poverty. But Trump and Congressional Republicans staunchly oppose raising this pathetically low wage floor, arguing that there is no need for a federal minimum wage.

Given the central role that organized labor plays in defending workers’ rights, it’s hardly surprising that the Trump administration has sought to weaken American unions. For example, the Labor Department has proposed repealing the Obama administration’s rule that employers and their consultants must report how much money they spend on anti-union campaigns. In December 2017 alone, the NLRB reversed a 2004 decision bolstering the right of workers to organize free from unlawful employer interference, reversed a 2016 decision safeguarding unionized workers’ rights to bargain over changes in terms of employment, and overturned a 2011 decision protecting the right of a group of employees within a larger non-union company to form a bargaining unit. The NLRB also invited employers to withdraw from agreements to hold union representation elections, even in cases where the election had already been held.

One of last December’s NLRB actions―overturning a 2015 decision making employers responsible for bargaining with workers if they have direct or indirect control over these workers’ employment―has enormous consequences for millions of low-wage earners. Fast food companies like McDonald’s license franchises for most of their restaurants, with the companies and franchise managements each avoiding responsibility for negotiating with their workers. Thus, the Obama Labor Board’s decision provided fast food workers with a meaningful right to collective bargaining. The Trump Labor Board took it away.

Perhaps the most serious threat to unions comes from the Trump administration’s support of so-called “right-to-work” laws, which eliminate the obligation of workers to pay for the union representation they receive. Adopted in 28 states thanks to campaigns by big business and its rightwing allies, these laws have proven sure-fire methods for creating masses of “free riders” and, thus, crippling unions. Naturally, then, House Republicans introduced the National Right to Work Act shortly after Trump’s inauguration and, within a few days, the Trump administration re-affirmed its support for “right-to-work” laws. “The president believes in right to work,” declared White House Press Secretary Sean Spicer. “He wants to give workers and companies . . . flexibility.” When the Canadian government proposed barring “right-to-work” laws under the provisions of a new NAFTA agreement, the Trump administration promptly rejected the idea.

The Janus case now before the Supreme Court provides another component in the same battle. Brought to the court by the National Right to Work Committee, it would make every state and local government worker in the United States a potential “free rider.” Entering the case, Trump’s Justice Department filed an anti-union brief. In addition, Trump’s appointment to the Supreme Court of Neil Gorsuch, a rightwing ideologue, makes it likely that the court will decide in favor of the National Right to Work Committee, with devastating consequences for America’s public sector unions.

Looking at the conflict between workers and their bosses, an old labor ballad asks, hauntingly: “Which side are you on?” The Trump administration is certainly not on the side of the workers.