Hey Historians: Nostalgia Can Be Good for Us

John Medina, a developmental molecular biologist, is an affiliate professor of bioengineering at the University of Washington School of Medicine. He is the author of the New York Times bestseller Brain Rules: 12 Principles for Surviving and Thriving at Work, Home, and School. His latest book is, Brain Rules for Aging Well: 10 Principles for Staying Vital, Happy, and Sharp. You can read more about him at his website. 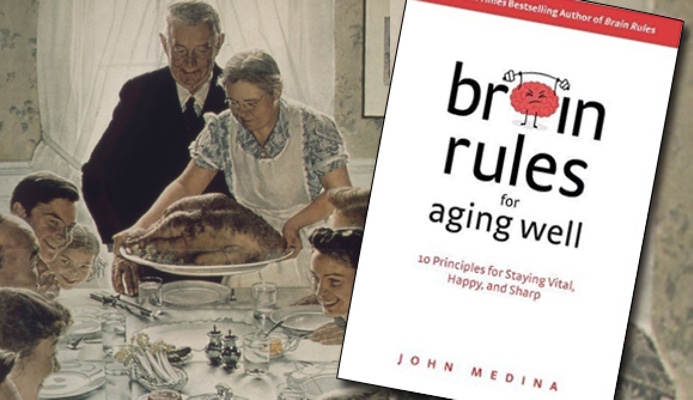 I want to describe the delightfully entitled “Counterclockwise Experiment” because its results are chock full of good news for aging historians. Doing so requires starting with something less delightful, unfortunately. In fact, it’s a bit embarrassing, and probably very familiar to you. 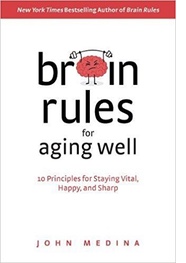 You go downstairs to retrieve something, and, arriving flummoxed, completely forget why you went. This happens a lot with age, frustratingly, along with forgetting someone’s name, who gave you that birthday tie or who wrote The Leviathan. As a historian, your profession involves remembering certain detailed facts. As a cognitive neuroscientist, mine is too. Yet we’re both forced to use organs that can’t remember for 30 seconds that what we actually needed from the basement was toilet paper. How can our aging bodies work with such consistently unreliable recording instruments?

Truth is, they can’t. As welcome as hemorrhoids, senior moments like these get worse with age. Is it then cynical to entitle this piece “Good News”? Happily, reassuringly, even thrillingly, the answer is no. We now know that soaking yourself in the recent past – your past – is a powerful way to rehabilitate aging cognition. That’s something I hope to make plain in this op-ed, using Counterclockwise to explain. We begin by clearing up a few myths about human memory. We end by describing why you should become a specialist in what you did between the ages of 15 and 29.

The first myth worth busting may be the most pervasive: that our brains’ memory gadgets work something like hard drives. Our brains do not work like hard-drives. There’s no single, unitary human memory system in the organ. Instead, multiple memory systems operate simultaneously, like loosely distributed fiefdoms. Each system governs separate learning domains, functioning semi-autonomously. Memory systems exist for motor skills – useful for bike riding – separate from systems involved in remembering last year’s vacation. These are distinct from remembering that Hobbes authored The Leviathan and not some 20th century newspaper comic. We don’t know how many memory systems you actually have, nor how they integrate their functions to form records of your past.

We do know one thing, though. They’re astonishingly bad at it.

You retain only about 50 percent of a lecture’s factual items 24 hours later. You constantly insert your own biases into information streams while being exposed to the material – regressive to hindsight, confirmation to implicit. Even when you direct information to long-term storage, brains take their sweet time fulfilling your wish. Memory consolidation – that’s its proper term – is measurable in years.

Memory’s so wildly unstable, we no longer think it was evolutionarily selected for archiving; indeed, the brain isn’t interested in remembering at all. It’s interested in surviving, just like anything biological. How can such instability aid evolutionary forward progress? The reason is surprisingly simple, and signals more myth busting. We don’t think memory systems were selected to look backward. We think they were selected to look forward. Memory systems exist because of their ability to create predictions from prior experience, making prospective forecasting possible. The Pleistocene Brain says “The red flower I ate yesterday almost killed me. Next time I see one, the same thing might happen, so I’ll remember this.” You don’t have to possess coding-level accuracy to extract this type of information. You’re even happy to create a “red flower” bias – and remember that - if it means you’ll survive ‘til morning. Nobody believes Santayana was a research biologist, but his “condemned to repeat it” comment comes right out of neuroscience’s memory playbook. Here’s how one researcher couches it.

“Memories are made mostly for the sake of present and future. Memory systems do not store past experiences, but recycle their components into the imagined future. The ability to envision and plan a nuanced future is a masterpiece – arguably the root of our success as a species.”

We’re almost ready to discuss the Counterclockwise experiment, but we need a bit more background information, involving one of the brain’s most recognized biochemicals: dopamine.

Restoring dopamine function would obviously make things better. It’s here where our story begins turning to nostalgia – and optimism. Research demonstrates regular exposure to events that occurred in your distant past –the ages between 15 – 29 – are particular hot spots. They boost dopamine function in human brains. Two small dopamine-trafficking areas near the organ’s center become more reactive – the ventral tegmental area and nucleus accumbens.

It’s at this strange intersection of erosion, hope and nostalgia that the Counterclockwise Experiment holds court. It was designed by Harvard’s psychologist Ellen Langer, partnering with an indiscriminate group of 70 year olds. Langer rented a monastery outside Boston, turned it into Eisenhower’s America (the world of 1959), then let her septuagenarians spend a week’s sojourn there. Days were filled with Frank Sinatra and John Glenn, TV’s original The Price is Right, Hitchcock movies, discussions of “current events” circa 1959, all to elicit nostalgic experiences from mid-20th century life.

Before embarking, she measured their motor functions, sensory abilities and cognition. She reassessed them again post-monastery, and promptly made history. Everything improved. Motor function changed (one participant threw away his cane). Finger-length actually grew. Near point vision improved, as did hearing sensitivity. Cognition increased 23 percent in the participants (both memory and processing speed) whereas controls showed a decline. These were consistent with the rejuvenating power of a multi-day dopamine bender. You can see why it was christened Counterclockwise.

Bit of a bombshell this. And dripping with practical implications, mostly because everyone who ages could use some dopamine intoxication.

One suggestion is to create a room filled with everything you did – and were environmentally exposed to – between the ages of 15 – 29. Books, music, posters, food. Then regularly spend time rolling around in this past, dosing yourself as if taking pills. Since nostalgia elevates dopamine, are you likely to replicate Ellen’s results? The answer’s probably yes – as close as your 8-track – or your nucleus accumbens. It’s not lost on this neuroscientist that a gadget like memory – built to predict one’s future – is so easily potentiated by dwelling in one’s past. Who knows? You might even remember the toilet paper next time you take a trip to the basement.