What Awaits Us If Pence Replaces Trump?

Michael A. Genovese is the author of 50 books. He is President of the Global Policy Institute at Loyola Marymount University. 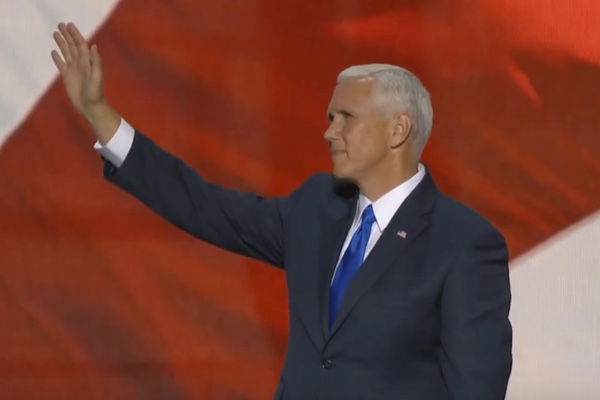 “I’m a Christian, a conservative, and a Republican, in that order.” – Mike Pence, Speech to Republican National Convention, 2017

When (and if) Donald J. Trump leaves office – via impeachment, criminal indictment and conviction, resignation, or the 25th amendment – Mike Pence, his Vice President will become President. Mike Pence does not have a secret agenda – he is all out there: “My Christian faith is at the very heart of who I am,” he said during one of the vice presidential debates. And he means that. Welcome to Christian Theocracy.

Trump and Pence are “almost comically mismatched” and while Pence casts his eyes adoringly at Trump in public, the President has taken to humiliating his vice president, openly mocking his religiosity and asking people who have met with Pence “Did Mike make you Pray?”

Pence, whose childhood nickname was “Bubbles,” was raised as a Roman Catholic. During college he became a conservative evangelical Christian. To Pence, secularism is the enemy. In Congress he supported criminalizing abortion, supported “personhood” legislation that would give constitutional protection to fetuses at the point of conception (it is sometimes said that for Republicans, life begins at conception and ends at birth), voted to criminally punish doctors who performed late-term abortions, tried to defund Planned Parenthood, said that global climate change is a “myth,” worked against equal rights for homosexuals, declared that legalizing gay marriage signaled “societal collapse,” opposed efforts to widen hate crime laws to apply to attacks on LBGTQ+ persons, tried to block federal funding for HIV treatments unless they included a requirement to advise against gay relationships, opposed gays serving in the military, and declared that education should teach evolution only as a “theory” and that such teaching must include the theory of “intelligent design.”

As the governor of Indiana Pence signed the state’s Religious Freedom Restoration Act (RFRA). The law allowed private businesses to refuse service to those whose lifestyle they objected to on religious grounds (LGBTQ+). Advocates of the law said it protected religious freedom. Shortly after it became law, business leaders pressured the state to eliminate the law. Pence also signed a bill that required fetal tissue from abortions to be buried or cremated. He also signed an executive order barring the resettlement of Syrian refugees in Indiana.

As vice president Pence has been hosting a Bible-study group for members of the Trump cabinet. The study group is led by pastor Ralph Drollinger, who in 2004 wrote that “Women with children at home, who either serve in public office, or are employed on the outside, pursue a path that contradicts God’s revealed design for them. It is a sin.” Drollinger also characterizes Catholicism as “a false religion” and believes that a wife must “submit” to the husband.

Pence is an ardent adherent of “the Billy Graham rule,” a rule adopted by some evangelical pastors and business executives. In an effort to avoid temptation, followers of the rule who want to both appear to be, and to be above reproach, avoid “. . . every appearance of evil.” After several prominent evangelical pastors gave in to the temptations of the flesh and had sexual relations with women (leading to scandals and fall) some men decided that it was unwise to be alone with women. Pence embraces this rule, admitting that “he never eats alone with a woman other than his wife.” He even refuses to attend events where alcohol is served unless he is with his wife.

Apart from this being an admission of personal weakness (Oscar Wilde once said that he could “resist everything except temptation”), observance of this rule is a clear exclusion of women from full participation in political life. This led The Onion to lead its story on Pence’s Billy Graham rule with the headline: “Mike Pence asks waiter to remove Mrs. Butterworth From Table Until Wife Arrives”.

Following the Billy Graham rule means that women are treated as sexual temptresses, as objects of danger and sin. It also excludes women from important meetings at work simply because they are women. Women are not only made into second-class citizens, not only prevented from equal opportunity in the workforce, but they are possessors of the evil powers of sex that mere men cannot resist. Imagine if you will, that the tables were turned, and a female CEO followed this same rule only preventing men from full participation. Working late? Send the men home. Business lunch? No men allowed.

Some liberal commentators worry that a President Pence might be a more competent version of President Trump, that he would actually be able to work with a Republican Congress and get major legislation passed. While more politically experienced than Trump, it should be remembered that in his twelve years in Congress, Mike Pence did not author a single bill that was enacted into law. Hope springs eternal.

But the real danger of a Pence presidency is how seriously he takes the radical “religious” right’s wish list, and how he might try to impose a narrow set of religious rules on a wary population. Pence believes he is in possession of God’s Truth, and why let a pesky Constitution, or an annoying Bill of Rights stand in the way of God’s will? Heaven help us.