Are We About to Lose Our Unbiased Census? 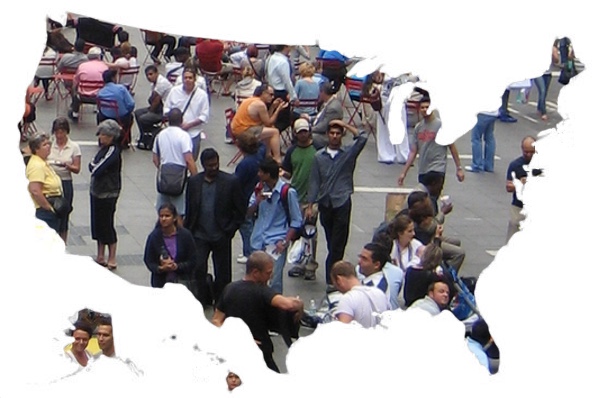 The foundational principle of American government is popular sovereignty, as in “We, the People.” Through a system of “successive filtrations,” James Madison said at the Federal Convention, a “great fabric” of government could be raised—but it needed to “rest on the solid foundation of the people themselves,” who would elect representatives to serve in Congress 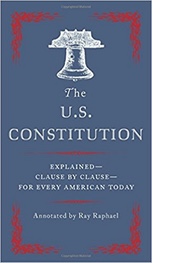 It was a grand idea, but only an “actual Enumeration” could determine how many representatives each state was entitled to. Without a fair, accurate, and periodic census, Madison’s “great fabric” would lose its underpinnings. Other ruling bodies had counted heads before, but none had made a point to count all of the people (rather, say, than males eligible for military service) to determine political representation. It took a census to empower the people.

The framers never imagined that counting the population could be politicized, yet Republicans today have a vested interest in minimizing the final tab. Most of those least likely to be included—minorities, immigrants, the poor, the homeless, and even renters—live in overwhelmingly Democratic census blocks. A low count in those districts lessens the number of representatives in federal, state, and local governments. By failing to account for these people, the Census Bureau could put a finger on the scale.

A motive certainly exists, but is there actually a crime?

There might be soon. President Trump’s supposed pick to lead the 2020 census is Thomas Brunell, a political science professor with no training in data collection but a history of testifying on behalf of Republicans facing legal challenges to gerrymandering. Brunell’s particular claim to fame is his book, Redistricting and Representation: Why Competitive Elections are Bad for America, published in 2008. Brunell argues that in districts with heavy majorities for one party, more people will have the representative of their choice. This will lead to an increase in “voter satisfaction” and trust in government.

This argument is astoundingly naïve. With our toxic political divide, voter satisfaction depends more on who holds the presidency than on representation in Congress. Republicans in heavily red districts felt disaffected under Obama, while Democrats in solid blue districts are disaffected under Trump.

Further, when districts tilt heavily toward one party or the other, congressmen are chosen in primaries, where candidates with the most extreme views are likely to prevail. Outcomes of general elections are determined in advance by politicians who shape the districts, effectively disenfranchising the citizenry. It’s a zero-sum game in which victors run roughshod over losers, ending all possibility of consensus. With compromise no longer feasible, the meaningful exchange of ideas has no place. The framers could not have imagined such a nightmarish scenario.

How might Brunell’s preference for non-competitive elections affect the 2020 Census?

Each census starts with a simple questionnaire sent to every household. In 1970 and 1980, over 75% of those queried sent back responses. In 2010 that figure dropped to 63.5%, and in 2020, with distrust of government at an all-time high and increasing fears of data breach, the response rate will likely be significantly worse—current estimates range from 55% to 60%. To identify the non-respondents—at least 40% of Americans—the Census Bureau will have to exert considerable energy.

Thomas Brunell will determine how vigorously to track down these unidentified people in diverse locations. In rural areas that commonly vote Republican, he could direct workers to scour the trailer parks, while in urban Democratic strongholds, he could order census takers to visit non-responding households only during working hours. He could spend his advertising budget wisely in some places and less so in others. He could dispatch non-Spanish-speaking personnel into Hispanic neighborhoods. He could feed fears of deportation in immigrant communities. He could use credit rating companies to locate non-respondents, although many of the poor will never appear on such registries.

There is a simpler route Brunell could take. He might choose to do little, a tool almost as effective as the nefarious schemes detailed above. So far, the Census Bureau’s budget has been held to its 2010 level, despite a significant increase in the population and the expected rise in the percentage of those who do not respond to the initial questionnaire. Without greater resources and dedicated will, the Census Bureau could leave tens of millions of Americans uncounted. The GAO has warned that the 2020 Census is at “high risk of failure,” but requests to add funds have not yet been granted by Congress. New coping technologies are being introduced, yet trial runs have been curtailed due to lack of financing. Plans to test a Spanish-language questionnaire have also lapsed. Such constraints raise the stakes. When resources are limited, how to allocate those resources becomes paramount.

President Trump’s expected nomination of Brunell as deputy director of the Census Bureau flies in the face of both the letter and the spirit of the Constitution. Article II, Section 2, Clause 2, requires the Senate’s “Advice and Consent” for all “Ambassadors, other public Ministers and Consuls, judges of the Supreme Court, and all other Officers of the United States,” with the exception of appointments that Congress leaves with “the President alone.” Since 1902, when the Census Bureau became a permanent agency, Congress has required senatorial approval for the president’s nominee as the bureau’s director. (Originally, the census was overseen by the secretary of state, an office that also needed consent of the Senate.) To bypass a troublesome confirmation hearing, however, President Trump wants to leave the directorship vacant and allow Brunell to call the shots as deputy director, an office that does not require the Senate’s consent.

President Trump’s blatant gaming of the Constitution reveals the partisan nature of the appointment and thereby undermines the very purpose of the Census Bureau: to enable full and fair representation. This is no incidental matter. On September 17, 1787, the closing day of the long and tedious Federal Convention, George Washington weighed in on a substantive matter for the very first time. From Madison’s Notes: “When the PRESIDENT rose, for the purpose of putting the question, he said that although his situation had hitherto restrained him from offering his sentiments on questions depending in the House, and it might be thought, ought now to impose silence on him, yet he could not forbear expressing his wish” on a last minute motion. Nathaniel Gorham wanted to increase representation in Congress, assigning one representative for every 30,000 people instead of one for every 40,000, as written in the draft. Washington agreed. The original number was “insufficient security for the rights & interests of the people.”

Meaningful representation was Washington’s bottom line, and the number that he pressed for prevailed. (In 1929 Congress capped the number of representatives at 435, and now each one has approximately 750,000 constituents. Had we stayed with the original number, the House of Representatives would have 10,873 representatives.) Although the nation has certainly grown, guaranteed representation, facilitated by an “actual Enumeration” of the population every ten years, anchors the Constitution and must be preserved.