Can We Count on the Courts to Curb Trump?

Melissa Milewski is a lecturer in American History at the University of Sussex. Her latest book is Litigating Across the Color Line: Civil Cases Between Black and White Southerners From the End of Slavery to Civil Rights (Oxford University Press, 2017). 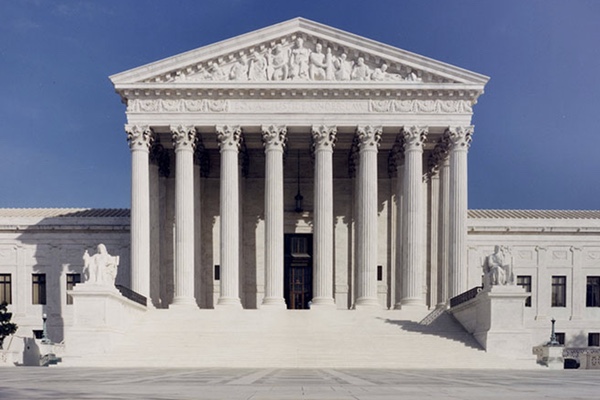 Today, Democrats have lost control of the executive branch and have a minority in both houses of Congress. At the state level too, the majority of state governorships and legislatures are held by Republicans. In many states, then, and at the national level, the courts have been the branch of government that some Democrats have turned to. Democrats have been encouraged by federal court decisions regarding Trump’s immigration ban. History has shown us, however, that the courts contain both opportunities and limitations as a realm for opposition when groups are shut out of other branches of government. 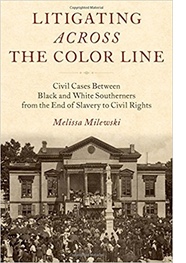 I have been studying how individual African Americans around the South turned to state courts in their disputes against whites between 1865 and 1950 even when they were largely shut out of the two other branches of government. In almost a thousand cases individual black southerners took on whites in civil cases that reached their states’ highest courts. There are vast differences between the circumstances of African Americans in the post-Civil War South and the situation of members of the Democratic Party today. However, there are a few insights from black southerners’ fight in the courts that may have relevance for understanding the use of the courts for opposition.

First, black southerners found that even with an opposition party in power in the South during the two decades after Reconstruction, they were still able to litigate and win appellate-level civil cases in a similar way as they had when the party they supported had been in power during Reconstruction (this was not true for criminal cases). In part, this was because court systems are often not as sensitive to political change as other branches of government. A limited number of judges from the Reconstruction period stayed on in southern courts after Reconstruction ended. New judges appointed during the post-Reconstruction period often had long terms and fairly uncompetitive elections (if they were elected), which provided some insulation from politics. The structure of the US legal system also favors following established law and precedent – a framework that at times opposition groups can use in their favor. A number of the civil cases litigated by black southerners against whites in the post-Reconstruction South, for instance, appealed to precedents on how to carry out the law of property, wills, and contracts. Southern courts had some investment in upholding precedents around these issues, playing a part in black southerners winning a surprising number of these civil cases against whites.

But southern courts were not completely insulated from politics. It was not the change in parties in power, though, but the loss of voting rights that led to real change in African Americans’ appellate civil cases in southern courts. When black men were largely disfranchised in the South at the end of the 19th and beginning of the 20th centuries, the kinds of civil cases black southerners could litigate narrowed dramatically. Even after losing voting rights, however, black southerners continued to be able to regularly litigate cases against whites in southern courts. Then, as African Americans began moving North and West and regaining voting rights in other parts of the US, during the 1920’s the types of cases black southerners could litigate against whites broadened once again.

African Americans also found the courts to be only a limited vehicle for societal change until they began to have some support in other branches of government in the mid-20th century. The cases that would be most likely to produce real change and which claimed rights for African Americans as a whole were difficult to litigate in the US South and when they did win, change was often somewhat limited. Instead, the vast majority of black litigants’ appellate civil cases that southern courts heard between 1865 and 1950 were fairly limited in scope and unlikely to change the balance of power. African Americans had more success in federal courts in the first half of the 20th century, but even there the cases they won were often somewhat limited or upheld issues central to the legal system such as property rights.

Both black and white southerners also found the courts to be a somewhat unpredictable ally. In the wake of the Civil War, for instance, some white southerners sought to establish courts that would convict African Americans with limited procedures. But at least one Mississippi court designed to easily prosecute black crime ended up convicting white southerners more often than black southerners. Repeatedly, individual whites turned to the courts in the US in civil disputes against African Americans, often believing that southern courts dominated by white men would take their side. But the multiple factors considered by judges and juries in making decisions – including precedent, personal ties, and their own varying perspectives and experiences – led to a number of unpredictable decisions in which white southerners at times found themselves on the losing side. Black southerners, too, found the courts could be a capricious ally. Moreover, courts at different levels often made contrasting decisions in black and white southerners’ civil suits.

To sum up: When the courts are a group’s only access to government power, they can at times prove to be an ally. But they are a somewhat unpredictable ally, and often cannot produce societal change alone. Further, the courts alone cannot defend an opposition party. The political power of an opposition group – including their access to the courts – is deeply tied to their ability to vote. It is necessary then to fight for and defend voting rights, including the battles over gerrymandering and voter registration, as well as fight for rights in the courts.