Robert Weible is past president of the National Council on Public History and the recently retired State Historian of New York and Chief Curator of the New York State Museum. 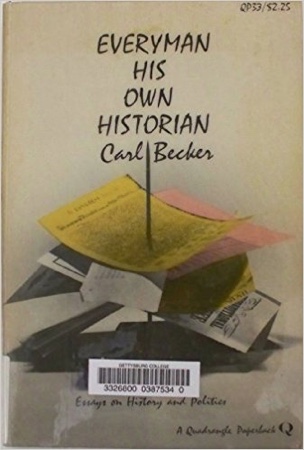 History isn’t being kind to historians these days. Shrinking university history departments are turning over teaching responsibilities to poorly paid, part time adjuncts. Underfunded museums and cultural institutions are asking volunteers and interns to do work once handled by paid professional staff. And the federal government is once again targeting humanities and education programs for radical downsizing, perhaps even elimination.

What happened? With the passage of the GI Bill and the growth of the Baby Boom generation, post-war Americans overwhelmingly supported public education—and history was always an essential, if contested, component of the curriculum. People respected historians, even if they didn’t always read or understand the narrow scholarship that university professors were turning out for their peers. Such work was scientific in its methodologies and free from undue commercial and political bias, and lots of people trusted professional historians—like scientists—to uncover, verify, and interpret factual truths. Government and private enterprise were creating and expanding museums and historic sites everywhere, meanwhile, and state and local historians, teachers, librarians, and others were serving growing and appreciative public audiences. And then with the expansion of federal aid to education through Pell Grants and the creation of national endowments for both the arts and humanities, the National Trust for Historic Preservation, and other Great Society programs, the good times kept on rolling through the 1960s.

But that would all change during the economic crises of the 1970s; enrollments in university history programs dropped ominously and history graduates found themselves waiting on tables or standing on unemployment lines. A few professors tried, with mixed success, to place their graduates in non-university jobs—but budget cuts were decimating and sometimes even eliminating programs suddenly considered non-essential (New York’s Office of State History, for example).

To be sure, institutions can be agents for democratic change, as they were during the New Deal and afterwards, but as employment opportunities declined during the 70s, internal rules constricted, and bureaucratic hardening of the arteries set in everywhere. Far too many professionals lost sight of the public interest and became preoccupied with getting and keeping their jobs. Indeed, the days when Franklin Roosevelt was motivating people to identify his goals as theirs, getting them to take ownership of their work, and empowering them to become leaders themselves were coming to a close. More than a few archivists and museum curators prioritized their collections care responsibilities over their larger educational mission, for example, historic preservationists often remained blind to the social purposes their internal policies were intended to serve, and many academic historians convinced themselves that their often obscure and inaccessible work was an indication of their objectivity.

It seems that far too many history workers were forgetting something Carl Becker had said in 1940: educational institutions employed history professionals—not because they deserved, more than others, “to have their way of life made easy”—but to maintain and promote “the humane and rational values which are essential to the preservation of democratic society.” In other words, Becker believed, like Jefferson, that an educated electorate was “the cornerstone of democracy.”

That cornerstone erodes, however, whenever rationally minded people seclude themselves in their privileged institutional fortresses. At that point, democratic discussion deteriorates into the kind of ill-informed and opinionated squabbling that the wealthiest and most powerful among us will almost certainly misuse to their advantage—as they did in 1980 with Ronald Reagan as their champion. This was indeed the right moment to sell a historical fantasy of visionary risk takers selflessly transforming the United States from a small agricultural nation into a great economic power (never mind corporation and patent laws, tariffs, land grants, state-supported transportation improvements, and other public efforts to promote economic growth) and of European immigrants achieving the American Dream, not with taxpayer support, but strictly through their own initiatives (forget about social security, public works programs, public schools, labor and Civil Rights laws, etc.).

Many everyday Americans facing an uncertain future considered this a more optimistic and emotionally appealing vision of the past than the one being offered by stale politicians and critically minded eggheads. So lots of working and middle class people, emboldened by talk radio and a changing news media, set forth on a campaign against subversive textbooks, self-serving teachers’ unions, and elitist professors. Billionaires, meanwhile, used their enormous wealth to undermine the credibility of historians and other professionals by employing their own well-educated, well-paid experts at the Heritage Foundation, the Cato Institute, and scores of other tax-deductible, non-profit organizations (modeled after think tanks, such as the Brookings Institute and the Ford Foundation). These mercenaries helped rationalize the decidedly unscientific theory of supply side economics and fed the public predetermined and unchanging notions about American history through pseudo-science, old time religion, and an originalist interpretation of the Constitution.

As memories of child labor, Robber Barons, and the Great Depression, faded, so did FDR’s contention that “true individual freedom cannot exist without economic security and independence.” More and more Americans were persuaded that the concept of freedom meant only the unrestricted pursuit of self-interest. And in Reagan’s America, government didn’t guarantee that kind of anarchic freedom. It threatened it.

Regulations, red tape, and discretionary appropriations thus had to go, and government agencies were faced with oversight by budget-cutters at war with the democratic principles of the New Deal and Great Society (not to mention the Enlightenment and centuries of increasingly rational thought). These new authorities claimed that corporations and private foundations would support arts and humanities causes more generously and efficiently than the government had ever done. But as companies began running their philanthropic enterprises through marketing offices rather than community service operations, government and non-profit groups soon found that corporate support was less than promised and anything but disinterested.

Tobacco giant Philp Morris, for example, helped the National Archives get the Bicentennial of the Bill of Rights off the ground—but its promotion of First Amendment rights came conveniently at a time when the company’s advertising campaigns were being challenged by anti-smoking advocates.

For its part, the underfunded National Park Service got into the heritage park business: partnership arrangements in which the feds provided local cooperators with grants and technical assistance. These new enterprises were promising in theory—and certainly less costly than turning land and operations over to the government—but preservation and educational considerations often took a back seat to overstated assurances that the parks would revive local and regional economies by building lucrative tourist attractions.

By the twenty-first century, the tourism industry and for-profit businesses were selling their services to strapped-for-cash state and local governments. Governor Edward Rendell, for example, crippled Pennsylvania’s state history agency with a forty-three percent budget cut and substantially increased his support for over-hyped tourism schemes, and New York’s Andrew Cuomo offered little more than highway signs and happy thoughts to private museums and historic sites—while pumping millions of dollars into market driven economic development initiatives (full disclosure: I was an advisor to that effort).

Some states facing budgetary shortfalls even shut the doors of time honored historical institutions: the Georgia State Archives in 2012, for example, and the Illinois State Museum in 2015 (both reopened within a year but with reduced state support). The ground under university historians—increasingly scorned for what was termed their political correctness—also shifted. State after state cut their education budgets. Scott Walker proudly undermined university professors’ tenure and academic freedom in Wisconsin. And Florida’s Rick Scott and Kentucky’s Matt Bevin even advocated higher tuition costs for liberal arts students whose coursework failed to meet the market demands of their states’ business interests (e.g., science, technology, engineering, and math).

With facts mattering less and less, ideas all becoming political, and truth subject to crass manipulation, political guru Karl Rove famously boasted that, by 2004, the success of the so-called revolution that began in the 1980s was all but assured. Scholarly experts, according to Rove, had become irrelevant. While they were studying “discernible reality” and talking among themselves, Rove claimed that he and his patrons (described as “history’s actors”) were making reality as they chose.

That reality, of course, turned out to be one in which the earth suffered from irresponsible development, the middle class shrunk, the poor grew poorer, and the fortunate few  enriched themselves beyond even their own wildest dreams.  And by denigrating professionally sanctioned scientific and historical analysis, political extremists such as Karl Rove have now enabled the presidency of for Donald Trump: with Trump loving the poorly educated to distracting people with alternative facts, far too many of today’s Americans seem to be reveling in a Caligari-like world of amnesia and hallucination.

Still, the future is uncertain, and there is much history remaining to be written.  Many historians, too, know that they can help write it by taking responsibility for making history as well as studying it.  That is, they realize that they can help put the nation back on its more rational, democratic course by experiencing life outside institutional sanctuaries, moving beyond what Stanley Fish describes as “discipline-specific activities,” and working responsibly and respectfully with people who often understand the usable past through personal experiences and local or family traditions.  Maintaining one’s professional values and identity, while, in effect, becoming one with his or her fellow citizens is no easy trick, of course, and mastering it will require anyone who still subscribes to a narrow definition of professionalism to do some serious soul-searching.  What, after all, is the alternative?  As their own history suggests, the option of staying the course will lead professional historians further and further into self-satisfied obscurity—and the nation into an increasingly unhappy and undemocratic reality.