Clinton’s Emails and Trump’s Tweets: They’re a Politician’s Nightmare but a Historian’s Dream

Caroline Winterer is Professor of History at Stanford University and author of American Enlightenments: Pursuing Happiness in the Age of Reason (Yale University Press, 2016). 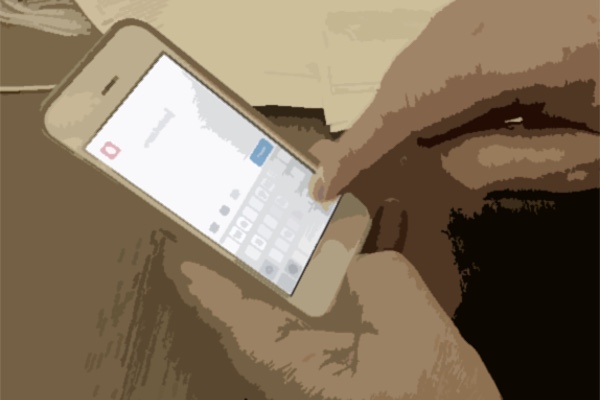 Just a week before the 2016 election, the Clinton campaign is reeling—again—from the latest FBI inquiry into her email trove. And we now know that Donald Trump tweets at exactly 2:30 a.m. Both incidents are political nightmares. But a politician’s nightmare can be a historian’s dream.

We’re so deep into the election brouhaha that we forget that all this electronic information about our candidates is fairly new. The takeaway from the Clinton email kerfuffle is not how much we don’t know about it, but how much we do know about it. Whatever server was used, at least there were emails.

The key letter in “emails” is “e” for electronic. And electronic means metadata, the data about data that tell us who sent the email. Who received it. What time and day it was sent. Where it was routed. How long it was. For the Clinton emails and Trump tweets we have all this information, this mountain of metadata.

But metadata is exactly what historians don’t have much of. For every year we go back in time, more and more of the metadata of human communication is lost. By the time we get to the American Revolution—the founding moment of our country—we have only a trickle. This means that it’s almost impossible to reconstruct the social network of some of the great figures in the nation’s history.

Take Benjamin Franklin. He was the most famous American in the world during the eighteenth century. But what do we really know about his social network? Vanishingly little. This despite the fact that his entire correspondence has now been digitized.

With no email and no tweets, Franklin used pen and paper to write letters. So did his many friends. In all, Franklin sent and received about fifteen thousand letters, give or take, over his long life. How many of these letters lie at the bottom of the Atlantic or were burned by the British, we don’t know.

But literally half the time, we lack metadata about Franklin’s letters. When he sent them. Where he sent them. Ben Franklin was the most famous American in the world during his day, and still we lack answers to basic questions about his social network.

So what? Maybe we don’t need to know all that metadata to appreciate Ben Franklin. He still flew the kite and helped found the nation, metadata or no metadata.

But let’s not be so quick to shrug off holes in the metadata. Because what we do know about Franklin’s social network is thrilling. Check out the rough map below of his letter network. Franklin’s is the one on top, in blue. Compare it to the letter network of his contemporary, Voltaire (bottom, in orange). 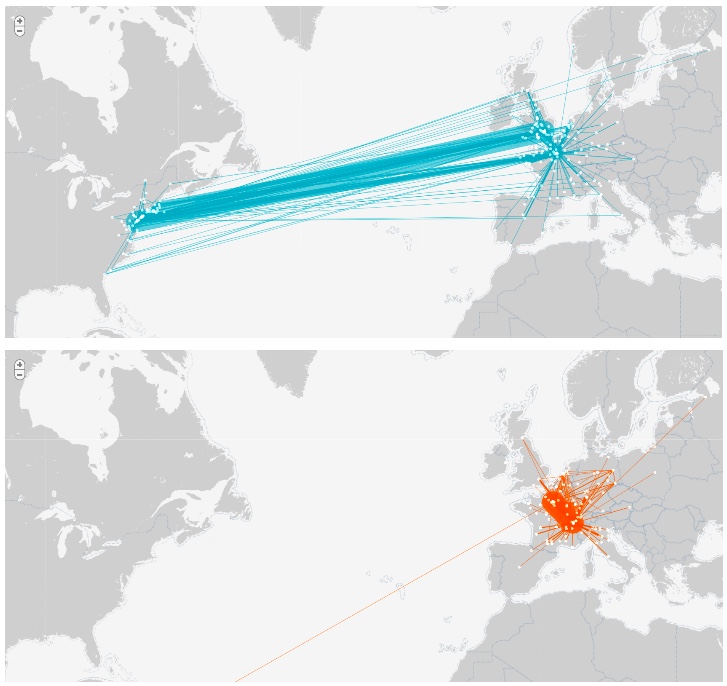 Franklin’s letter network crossed the Atlantic. Look at all those letters, going every which way. By contrast, Voltaire’s network was mainly locked in Europe. Why? We don’t really know yet. We’ve hardly begun to scratch the surface for answers because it’s only recently—in our great age of social networks—that we’ve had the ability to ask these kinds of questions with any hope of answering them precisely. This is because many of the letters of the founders and their eighteenth-century friends are appearing in digitized form, for all of us to use and learn from.

The payoff is potentially huge. The Enlightenment is the first great age of social networks, when really connected people began to have upwards of ten or twenty thousand letters in their social networks.

Just think what this metadata can tell us about this pivotal moment in modern history. The Enlightenment helped to invent the idea of human rights. It gave us the first successful, long-lasting republican governments, like the United States. The first international outcry over the scourge of chattel slavery. More metadata would help us to answer basic questions about this great era of human history. Yet for the millions of slaves in North America, for example, we have almost nothing with which we can reconstruct a social network.

So for now we do workarounds. We fill in the data holes with educated guesses, collateral facts, and historical imagination. And that’s fine. But more information would be better.