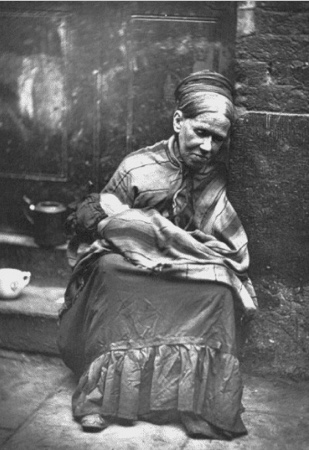 The term is everywhere right now, whether on the lips of pundits who proclaim its death at the hands of Brexit or on those of doleful Bernie supporters warning that Hillary’s ascension means its continued dominance. It’s “neo-liberalism,” and understanding this keyword of 2016 requires a trip in time back to Charles Dickens’s Britain.

That’s because before there was “neo-liberalism” there was “Liberalism,” an idea that had nothing to do with “liberalism” as Americans use the word today. It dates from around the late 1840s when a group of MPs started thinking in new ways about how the government and economy should work.

It was an era of great tension arising from industrialization, population growth, urban crowding, and poverty. The urban poor lacked voting rights and, even if they had, the growing cities often sent no representatives to Parliament. In response, those working class men and women rallied for the overhaul of Britain’s oligarchic Parliament. Meanwhile, in France, Ireland, Italy and elsewhere the disaffected were rioting and rebelling. From London and Manchester, Marx and Engels watched these stresses and strife and drew certain conclusions about how all of this would pan out.

The group of MPs who distilled liberalism and eventually formed a Liberal Party saw the same stresses as Marx and Engels but sought to avert the messy ending that they prophesied. For them--people like Robert Peel, Richard Cobden, and William Gladstone--the springboard idea was to make life for common people as affordable as possible, to tamp down the fire in their bellies by filling their bellies. The aim was just the opposite of Marx’s--not sweeping change but calculated adjustments to the machine of government and economy.

That machine, they thought, was rust-bound because of outdated deference to church and aristocracy; things like protective agricultural tariffs that kept the land-wealthy rich and bread prices high and legal handicaps that empowered Anglicans and kept down Catholics and others. Clear out the rust, grease the workings of the economy, and release the steam that threatened to explode.

It is a dogma that’s familiar to our ears but in the mid-1800s it was an innovation: get that machine spinning rapidly and commerce itself will take care of the problems of poverty and discord. Drive the prices of food and goods down by encouraging free trade; keep taxes low by avoiding social commitments at home and military commitments abroad; promote a class of wealthy industrialists by forgoing industrial regulation.

It was supposed to be a reinforcing system. “Enable them to consume more,” wrote one of Liberalism’s founders, “by having more to spend.” And by keeping the cost of living low for working people the system was supposed to allow industrialists to pay their workers less; and this was supposed to help Britain compete with the rising industrial powers of Germany and the USA--a concern on many leaders’ minds.

A generous assessment of the Liberal legacy from the mid-nineteenth century to WWII is that it broke up the old aristocratic regime through things like expanding the franchise, introducing a small income tax, and public elementary education. While the Liberal party presided over a Britain of unrivalled political and financial dominance abroad and the consistent growth of national wealth at home.

A more critical assessment is that the Liberals refused to look at the roots of poverty, suffering, malnutrition, and disease. Their reliance on the slow work of the “invisible hand”--to use the phrase of the Liberal hero Adam Smith--to rectify injustice was dogmatic at best, cruel at worst. And while GDP rose, real income for working people did not and was reflected in consistently poor levels of nutrition and health.

So thought the new Labour party, which was predominant from roughly the end of WWII. Labour looked at the wealth and power of the British state and argued that it should be directed precisely at the roots of injustice. It oversaw sweeping transformations from an increased income tax to the nationalization of whole industries and utilities to the creation of the National Health Service and a withdrawal from the Empire. Labour soundly unseated the Liberal Party, which practically vanished by 1950.

The situation in America was very different--there was no landed gentry that needed dislodging, for example--but in roughly the same time span free market gospel fell in favor of the view that government had an important role in directly promoting citizens’ well-being. This was the era from roughly the New Deal through the “Great Society,” which saw the creation of programs like Social Security and Medicare and the passage of the Civil Rights Act. Americans call these “liberal” programs because of the sense that they’re “openhanded,” not Liberal with a capital “L.”

Capital “L” Liberalism made a forceful comeback from the late 1970s as a reaction to decades of the lower-case “l” liberalism, inflation, and economic doldrums. Its proponents were people like University of Chicago economists Friedrich Hayek and Milton Friedman and its champions Margaret Thatcher and Ronald Reagan. They and other national leaders rolled back regulations on industries and finance, encouraged privatization, eliminated price controls, combated unions, reduced taxes on the wealthy, and sought to reduce government’s welfare obligations.

It was the age of Reagan’s “supply side” economics and the “magic of the market.” It was very much a return to an earlier age of faith in a free market to provide for society’s needs. Indeed, Margaret Thatcher was very conscious of harkening back: “the kind of Conservatism [I] favored,” she said in 1996, “would be best described as ‘liberal’ in the old-fashioned sense. And I mean the liberalism of Mr. Gladstone.”

But it wasn’t just the Conservative parties on either side of the Atlantic that embraced the new old ideas of the Liberals; Bill Clinton and Tony Blair championed them, as well. NAFTA was negotiated by George H.W. Bush but was carried over the goal line by Bill Clinton, who also opened American markets to China on an unprecedented scale. Tony Blair said “I believe Margaret Thatcher’s emphasis on enterprise was right,” and “people don’t want an overbearing state.” While one of Blair’s allies famously said that New Labour was “intensely relaxed about people getting filthy rich.”

For those disenchanted with the 30+-year neoliberal orthodoxy, the knock on Hillary Clinton is that she is intensely relaxed with taking millions of dollars from the finance industry and was for NAFTA and President Obama’s Trans-Pacific Partnership before she was against it. Even the term “Clintonism” is arguably a stand-in for “neo-liberalism,” which perhaps has William Gladstone indignantly spinning in his grave.