Human rights writer Edwin Black is the New York Times bestselling author of IBM and the Holocaust, War Against the Weak and The Farhud. He can be found at www.edwinblack.com. 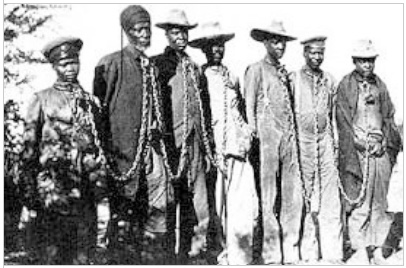 In recent years, some in the African-American community have expressed a disconnect to Holocaust topics, seeing the genocide of Jews as someone else’s nightmare. After all, African-Americans are still struggling to achieve general recognition of the barbarity of the Middle Passage, the inhumanity of slavery, the oppression of Jim Crow, and the battle for modern civil rights. For many in that community, the murder of six million Jews and millions of other Europeans happened to other minorities in a faraway place where they had no involvement.

However, a deeper look shows that proto-Nazi ideology before the Third Reich, the wide net of Nazi-era policy, and Hitler’s post-war lega