Joel K. Goldstein is the Vincent C. Immel Professor of Law, Saint Louis University School of Law. He is the author of numerous works on the vice presidency, presidential succession, and constitutional law. His latest book is The White House Vice Presidency: The Path to Significance, Mondale to Biden (University Press of Kansas, 2016). 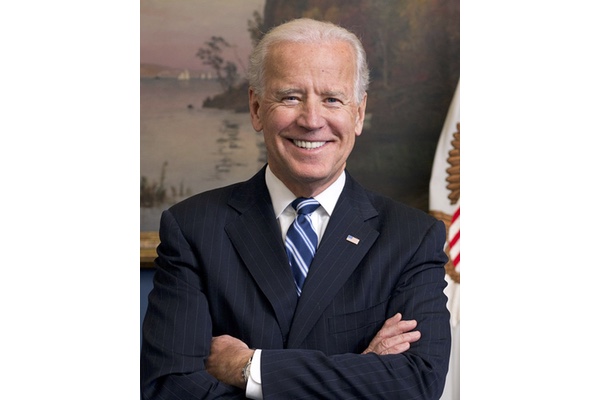 Amidst an extraordinary presidential campaign and congressional intransigence that prevents legislative accomplishment, it is easy to forget that governing continues. There was no better reminder of that truth than the surprise visit on April 28 of Vice President Joe Biden to Iraq to help its embattled prime minister, Haider al-Abadi, and the military effort against the Islamic State. 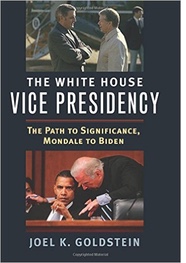 This latest instance of the Obama administration deploying Biden’s diplomatic and political skills to address a central crisis is, to quote Yogi Berra, “déjà vu all over again.” To an extent unmatched by any of his 46 predecessors, Biden has remained a highly consequential vice president for two full terms. The Iraq mission is yet another data point as Biden takes the closing lap of a historic vice presidency.

For most of American history the vice president was a legislative officer who presided over the Senate but did little else. After some small steps towards the executive branch during the 20th century, the office really moved down Pennsylvania Avenue during the vice presidency of Richard M. Nixon (1953-1961) as he spent far more time attending Cabinet and National Security Council meetings with President Dwight D. Eisenhower and performing political or diplomatic chores for him than he did in his ongoing constitutional role in the Senate. The next five vice presidents—Lyndon B. Johnson, Hubert H. Humphrey, Spiro T. Agnew, Gerald R. Ford, and Nelson Rockefeller—largely followed suit, sometimes with less influence than Nixon had. Yet Nixon and these successors were generally peripheral to the main work of the presidency and the focus of the office was, in Rockefeller’s words, serving as “standby equipment,” not helping the current administration succeed.

That changed in the Carter administration as President Jimmy Carter brought Walter F. Mondale into the White House and his inner circle. Mondale functioned as a senior adviser and trouble-shooter on assignments that mattered. Carter gave Mondale the resources he needed to perform those roles. When Mondale needed to see the president, he could. Carter also shared vital information with him. Mondale’s successors—George H.W. Bush, Dan Quayle, Al Gore and Dick Cheney all filled those roles, aided by those vice-presidential resources.

This history created a strong presumption that Biden would have a significant role but it did not predict the stunning success of his vice presidency. Biden faced challenges as he entered office. Cheney’s perceived overreaching produced some pushback against a robust role. The generational gap and different styles of Biden and President Barack Obama presented an obstacle to a vice-presidential role which ultimately depends heavily on the principals’ relationship.

Biden began with the correct vision of his office. He wanted to be a close and confidential presidential adviser across the board – “the last person in the room,” he metaphorically called it – and he wanted to undertake high-level assignments for Obama. Biden’s expertise and skill soon made him indispensable. His relationship with Obama allowed him to offer advice on more topics than virtually anyone else in the administration. He pressed Obama’s other national security advisers to clarify options regarding Afghanistan and his concerns helped shape American policy. He worked to win Republican support for Obama’s early legislative efforts. He assumed responsibility for complicated interdepartmental undertakings such as the withdrawal from Iraq and the implementation of the recovery act; his efforts allowed the expenditure of unprecedented sums with a minimum of waste. No prior vice president had ever been given such significant direct responsibilities.

The Iraq trip is simply the latest occasion where Biden’s foreign policy knowledge and relationships have been used to advance American interests on diplomatic missions to significant parts of the world—Afghanistan, China, Europe, Japan, Iraq, Israel, Pakistan, South Africa, South America, Turkey, Ukraine and so on. Biden has maintained regular contact with leaders of many countries to help address global crises.

In addition Biden contributed as vice president in other unprecedented ways. Biden and Republican Senate leader Mitch McConnell negotiated several critical budget compromises including the critical agreement at the end of 2012. Biden was able to bridge gap because he could speak for Obama yet also retained the trust of Republican congressional leaders. No prior vice president had ever been the point person for negotiations with the other party on such significant matters.

Biden became one of the first national leaders to advocate same sex marriage in May 2012, thereby precipitating the administration’s endorsement. Some of Obama’s closest advisers were unhappy that Biden’s statement preceded the President’s but it was a tribute to their relationship that Obama did not share that displeasure.

Indeed, the apparent depth of Biden’s relationship with Obama is crucial to his role. For much of a vice president’s influence comes when the two principals are alone and in conversations to which others are not privy. Yet there are many indications of that relationship beyond the assurances of Obama and Biden and other insiders. These include Biden’s continuing access and significant roles and the frequency with which his associates lead administration efforts or move into positions serving Obama.

Biden may have hoped the vice presidency would serve as a springboard to a presidential candidacy. Yet he has managed to contribute significantly even after deciding not to seek the Democratic nomination. He advises Obama, spearheads efforts to find a cure to cancer, regularly communicates with leaders of Iraq, Mexico, the Ukraine, Italy, Colombia, Israel and other major countries, travels to the Middle East, South America, and Ukraine, uses visible platforms to speak out against sexual violence, and took a leading role in pressing the case for Obama’s right to appoint a Supreme Court justice this year.

In so doing, Biden has become the most productive two-term vice president in American history. Mondale historically reimagined and established the vice presidency as an integral White House participant but served only one term as did Dan Quayle. Cheney was very influential during George W. Bush’s first term but his power declined in the second. George H.W. Bush and Al Gore were significant administration figures but spent their second terms largely avoiding the fallout from administration scandals and running for president. Biden, conversely, continues to do his day job, conscientiously and consequentially.

And his success in maintaining his influence over two full terms speaks volumes about his own skill and about the possibilities for the nation’s second office as it has developed, if properly used and filled.