Peter L. Laurence is the author of Becoming Jane Jacobs, director of graduate studies, and associate professor of architectural history, theory, and design at Clemson University School of Architecture. 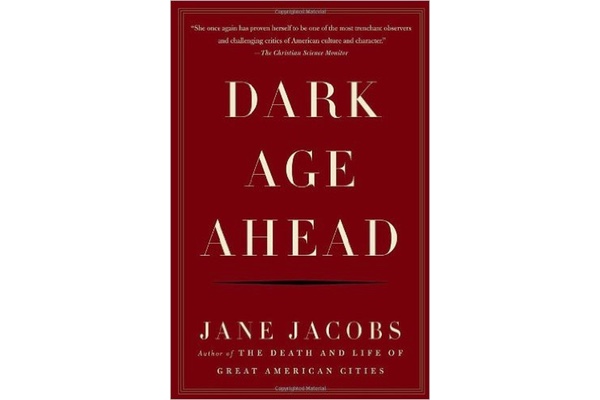 On May 4, people around the world will celebrate Jane Jacobs’s 100th birthday— with lectures, walks, and other events. More events will follow throughout a centennial year that has already seen the premier of an opera about her and a rock show where she has a cameo, and which will soon see a new documentary film. This is well and good, and I will be giving some talks and joining some walks, too, because Jacobs was not only a legendary and inspiring activist—leading public campaigns to stop the construction of highways and the destruction of neighborhoods around her homes in New York and Toronto—she is generally considered one of the most influential urban theorists. Her 1961 book The Death and Life of Great American Cities is considered one of the most important books ever written about cities. 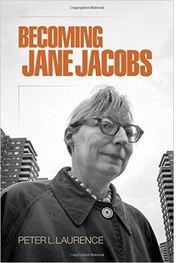 However, while I have spent many years studying how Jacobs, who didn’t even hold a college degree, came to write Death and Life—and although I am now at work on a second volume about Death and Life itself—I often think that it is Dark Age Ahead, the last of Jacobs’s seven major books, that deserves the most attention today.

Dark Age Ahead, published in 2004, when Jacobs was 88, is not her “best” book. This would have to be Death and Life, which, a half century later, continues to inspire research, such as a recently published and widely circulated paper that uses mobile phone data to test her theories of urban vitality. Next on my list would be her fascinating book Systems of Survival, which, inspired by Plato’s Republic, investigates the moral systems that undergird well-functioning societies. Others might argue that The Economy of Cities or Cities and the Wealth of Nations must be recognized for their groundbreaking contributions to urban economics. By virtue of the impacts these books have had, it is hard for Dark Age Ahead to find a place of honor in her oeuvre. And, as I wrote in a review soon after its release, it was not as well written or edited as her other books. If not her “worst” book in this sense, it is probably among her least read.

But if Jacobs deserves all of these centennial celebrations, the slogans “What would Jane do?” let alone “What would Jane say?” and if she her ideas have a strong track record of durability and validation, then it would behoove us to listen to her parting words.

Originally titled Caution: Dark Age Ahead, the book was a cautionary tale reframed almost as prophecy, without the modifier. In it, Jacobs argued how the increasing instability of five social pillars—families and communities; higher education; respect for science and scientific thinking; governance and taxation; and trust in various institutions—might lead to the eventual collapse of North American, if not Western, civilization.

Seeking to discover the roots of “racism, profligate environmental destruction, crime, voters’ distrust of politicians and thus low turnouts for elections, and the enlarging gulf between rich and poor along with attrition of the middle class,” Jacobs discussed, for example, the growing costs of housing, childcare, and transportation; social and cultural isolation due to car-dependency; corporate monopolies’ attacks on public transit and electric vehicles; attacks on public, liberal higher education and the rise of the corporatized university, including the simultaneous growth of administrators and non-tenured faculty; the self-destruction of civil rights and other casualties of fundamental social values as part of the War on Terror; the failure of the Bush administration to act on the Kyoto Accord and the “unmistakable” melting of the Arctic ice cap; attacks on the integrity and evidence of science in order to advance corporate profits, pseudoscientific dogmas, and “poisonous” ideologies; the disconnection between governing bodies and local city needs; neoconservative tax cuts predicated on the beliefs that each public amenity and service should produce enough revenue to support itself and that the rich will invest in civic-minded, job-creating enterprises; foreign aid failures that promote instability and terrorism; and, finally, while this is only a partial list, the proliferation and increased scale of private (i.e., corporate) and public (e.g., police brutality) corruption together with the increased scale and sophistication of public relations spin-doctoring and image-making.

That is because in Dark Age Ahead Jacobs predicted the collapse of the housing market a few years after her book was published; the expansions of the prison-industrial complex and the War on Terror; the corporate and political attacks on climate science; the failures of police departments to police themselves; and the rise of neoconservative and neoliberal ideologies—among other things.

Jacobs certainly wasn’t the only person to observe or predict these social problems, any more than she was the only or first person to consider many of the individual ideas in Death and Life. For Dark Age Ahead, her sources were extensive, as they were for Death and Life. However, she was a skeptical and scientifically inclined thinker who sought to find patterns and understand underlying systems—a motivation that drew her, as I have written in my new book, to the nascent science of complexity decades before the butterfly effect or chaos theory became familiar terms. Just as she understood urban vitality in Death and Life as being composed of a relationship of key factors—including social and economic diversity; mixed functions; walkability; old, as well as new and rehabilitated, buildings; and concentrations of people and activities—in her last book she cautioned us to study the “dark age patterns” that beset previous civilizations and empires, and those that now threaten our own.

As a historian who has written extensively on the 1950s, the postwar decade leading to Jacobs writing Death and Life, it is still shocking for me to think that she lived to see the Twin Towers fall. But Jacobs was deeply affected during her life by the Great Depression, World War II, the Cold War, McCarthyism, the civil rights movement, the Vietnam War, the early environmental movement, and other notable social, political, and economic events of the 20th and early 21st centuries. Jacobs, famous for her keen eyes, observed a great deal in her lifetime.

Yes, Jane Jacobs fought Robert Moses and the Urban Renewal regime. Although these battles have become the stuff of legend, insofar as historical amnesia is a threat to civilizations (a theme in Dark Age Ahead), it is good we remember this history. But Moses and the Urban Renewal Administration are long dead. In order to become more like Jane Jacobs and help save our cities, if not our civilization, we should heed her warnings and fight our present-day enemies—which, as much as top-down forces, may include our own lack of vision, lack of action, and habits of behavior and thought.