Why Most Everyone Gets Munich Wrong

John Kelly's new book, Never Surrender: Winston Churchill and Britain's Decision to Fight Nazi Germany in the Fateful Summer of 1940, chronicles the battles, ploys, and gamesmanship among Britain's War Cabinet during one of the most perilous and consequential seasons of the last century. 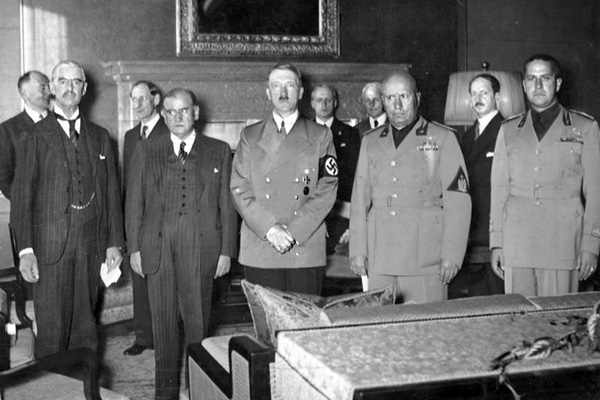 For over 150 years, Lord North, the man who lost the American colonies to a ragtag army of Yankee farmers, was thought to have an unchallengeable hold on the title “worst British Prime Minister ever.” Then along came Neville Chamberlain with his umbrella, his mortician’s smile, and his promise of peace in our time,” and conventional wisdom was turned on its head. Chamberlain first became a serious contender for the “worst ever” title on September 30th, 1938, when he and his French counterpart, Edouard Daladier, signed the Munich Agreement, which was perhaps the most emblematic moment of what W. H. Auden called a “low, dishonest decade.” Under the terms of the agreement, Hitler, who had already reclaimed the Rhineland and annexed Austria, would be allowed to add the Sudetenland, the German-speaking region of Czechoslovakia, to his empire, in return for a promise that this would be his last territorial demand. Eight months later, when Germany occupied what was left of Czechoslovakia, Chamberlain leapfrogged several dozen places up the “worst ever’’ list, and in September of 1939, when Germany invaded Poland, he unseated Lord North. The Polish campaign also had an important influence on the fortunes of Winston Churchill. As the news from Warsaw crackled across the wireless on those September mornings, the British public realized that Churchill had been right about Munich: Appeasing Hitler had only emboldened him to make ever more unreasonable demands. 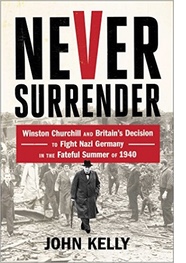 This is sometimes called “the Munich lesson,” and millions of Americans who know nothing about the Munich Conference or the Sudetenland know that evil appeased is evil emboldened because American presidents have evoked the Munich lesson to justify almost every U. S. military action since 1945. Harry Truman initiated the trend in 1950 when he defended American intervention in the Korean war by drawing parallels between the way “Communism was acting in Korea” and the way “Hitler had acted ten, fifteen, twenty years earlier.’’ A war later, when Lyndon Johnson was asked why we were in Vietnam, he’s alleged to have replied that he did not want to be “no Chamberlain umbrella man.” The Bushes, father and son, also cast their wars in the Munich mold. “If history teaches us anything,“ George H. W. Bush said, during Operation Desert Storm, “it is that appeasement doesn’t work. ‘’ George W. Bush employed the Munich lesson in a more novel way, using it to justify a preemptive war. “I will not wait on events,” Bush said, during the run-up to Operation Iraqi Freedom. ``I will not stand by as the peril grows closer and closer.” It is a reflection of how deeply ingrained in the American psyche the Munich lesson has become that during the recent debate on the Iran agreement, Rabbi Shmuley Boteach, an opponent of the agreement, could run newspaper ads featuring a photo of an unnamed British Prime Minister 75 years dead, confident that readers would know who he was.

Why has an Anglo-French event found its spiritual home in the U. S.? The veteran diplomat George Kennan believed it was because the Munich lesson speaks to a uniquely American form of moralism. “We Americans like our adversaries wholly inhuman, all powerful, wholly omniscient, monstrously efficient… and bent only on schemes for our destruction.” Kennan also said he thought “no episode, perhaps in modern history, has been more misleading than the Munich Conference.’’ If anything, he was understating the case.

There is a growing academic consensus that Munich represented the diplomatic equivalent of a Black Swan event, a near singularity that has little to say about anything except itself. Dr. Jeffrey Record, who teaches strategy at the Air War College in Montgomery, Alabama and has authored several papers on Munich and its postwar legacy, believes that three things made Munich, the agreement and the historical moment, unique. The first was the scale of Hitler’s ambitions. Building a German Empire that stretched from the Baltics to the Urals would have produced geographic and ethic disruptions even more violent and bloody than those the European settlers imposed on the Americas. Secondly, Hitler possessed a military machine that, potentially at least, was capable of creating an uber Germany. And, lastly, there was Hitler himself. It is a fantasy to imagine that, had Churchill rather than Chamberlain been sitting across the table at Munich, Hitler would have been deterred. Unafraid of war and boundlessly ambitious, Hitler was that most dangerous of leaders, a man who could neither be appeased nor deterred by threats of force.

At first glance, the Cold War Soviet Union, with its thousands of nuclear weapons, would seem to refute Dr. Record’s assertion about Munich’s uniqueness. But the Soviet leaders, brutal though they were, differed from Hitler and the Nazi leadership in two important respects. Experience in two world wars had made the Soviets more interested in holding on to what the USSR had than in acquiring what it did not have. And, as the Cuban missile crisis illustrated, short of an existential threat to the Russian homeland, the Soviets were not going to push the button and send the world to Valhalla -- something that could not be said with any confidence about Hitler. Compared to the USSR, the U. S. ‘s other postwar enemies were relatively small potatoes, but the transformation of the Munich lesson into a one-size-fits-all threat assessment tool has had a tendency to magnify dangers. Very likely, officials in Washington would have thought twice about squandering fifty-eight thousand Americans lives and tens of billions of dollars had they known that Ho Chi Minh was a Vietnamese nationalist who wanted to unify his country under a Communist government and not the Johnny Appleseed of Communism in southeast Asia he appeared to be when viewed through the Munich lens.

This is not to say that only existential dangers justify the use of force. Unchallenged, Saddam Hussein’s invasion of Kuwait would have seriously disrupted the international order, and the American intervention in the Balkan wars of the 1990s saved thousands of lives. However, it is to say that the Munich lesson has been over-learned -- and over-learned in ways that not only make it more difficult to assess dangers accurately, but that can blind American leaders to opportunities. No president entered the White House with more impeccable anti- Communist credentials than Ronald Reagan. But in 1985, when Mikhail Gorbachev came to power, Reagan, like Margaret Thatcher, thought the new Russian leader might be a man a western leader could do business with – and he reached out to Gorbachev. Reagan would leave the White House as stout an anti-Communist as he was when he entered it, but his talks with Gorbachev produced an epiphany from which we have all benefited. Reagan realized that he could achieve more by giving the Soviets fewer rather than more reasons to fear the U. S. “You’ll probably get more of what you want,” Reagan wrote in his diary, after one meeting, “if you don’t issue ultimatums and leave your adversary free to maneuver. You shouldn’t back your adversary into a corner or humiliate him. “

The end of the Cold War, which the understanding between Reagan and Gorbachev helped bring about, was not celebrated with marching bands or confetti-sprinkled parades, but it did foster an expectation that the era of the existential threat was over. That hope may have proved premature. Dr. Record and a number of other analysts fear that a new Black Swan may be circling on the horizon. It takes the form of a nuclear-armed ISIS or al-Qaeda. And, unlike Hitler’s armies, one of these groups has already made a successful strike on the American homeland.