The Unintended Consequences of War: The Origins of America’s First Refugee Crisis

by Michael A. McDonnell

Michael A. McDonnell is Associate Professor of History at the University of Sydney. He is the author of Masters of Empire: Great Lakes Indians and the Making of America (Hill and Wang, 2015), Remembering the Revolution: Memory, History, and Nation-Making from Independence to the Civil War (University of Massachusetts Press, 2013), and The Politics of War: Race, Class, and Conflict in Revolutionary Virginia (University of North Carolina Press, 2007). 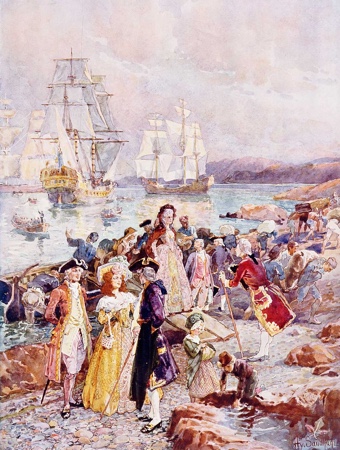 The extraordinary stream of refugees from the Middle East has served as a graphic reminder of the unintended consequences of imperial wars. Britain and America could have learned this lesson two and a half centuries earlier, when an Indian War helped ignite the American Revolution – and triggered America’s own refugee crisis. 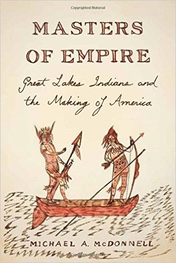 In 1763, Britain emerged victorious from the Seven Years' War, a conflict that began on the frontiers of its North American colonies but which quickly became global in scope. Britain bested its rival France in India, the Caribbean, and North America, but only after pouring hundreds of thousands of pounds into its navy and army.

Though the war had been tremendously costly, it also bolstered British military confidence. When Native Americans insisted the British had only conquered the French, and not them, military officers acted imperiously and ignored native claims to sovereignty and their land.

After hearing a British officer boast to a delegation of Native Americans that the English could crush them “whenever they pleased,” one wary British agent responsible for Indian relations complained that the officers were “so intoxicated with providential Success that we will presently stumple over the whole Universe, if no Block should happen to lay in our way.”

But the British were about to be blocked. As if on a signal, Native Americans across the Great Lakes rose up together in 1763 and attacked newly occupied British posts in one of the largest pan-Indian wars in North America – a conflict we now call Pontiac’s War. Dozens of forts were overrun. In the most extreme case, Michigan Indians gained access to a British fort by holding an exhibition – and fake, as it turned out – lacrosse game. Within months, attacking Indians captured or killed an estimated 2000 British soldiers and colonial settlers, rolling back the frontier hundreds of miles.

The British were powerless to stop the onslaught. They struggled to bring a military end to the war. Every step they took turned into a quagmire. When a supply convoy attempted to reach Fort Niagara in September 1763, for example, some three hundred Seneca Iroquois, together with Odawa and Ojibwe from Detroit and the Ohio, attacked and managed to overwhelm a relief force as well. More than seventy soldiers and wagoneers were killed at what became known as the “Devil’s Hole Massacre” – one of the deadliest skirmishes of the war for the British.

With little hope of outright victory, the British chose to cut their losses and try to broker a peace deal.

In 1764, British Superintendent of Indians, William Johnson, set out for Niagara and sent word to dozens of Native communities to meet him there. Over 2000 Indians gathered there, many staying for several weeks. Johnson had to provide provisions for the duration of their stay since he was the host of the council. He also gave out generous presents of textiles, iron goods, and alcohol, in return for promises from Native delegates that they would allow the British re-occupy their posts. Though Indian “presents” are often seen as hand-outs, they were effectively the “rent” the British had to pay to use Indian lands.

In total, William Johnson claimed he doled out tens of thousands of pounds worth of provisions and presents at Niagara in 1764. Coming hot on the heels of the end of the Seven Years' War, and the military expenses incurred in Pontiac’s War, Britain could ill-afford the rent on its newly inherited territory.

In fact, almost at the same time Johnson was spending lavishly to appease Native Americans, the British officials back in London were deciding that the colonies in North America should pay a bigger share in their own defense.

In 1764, Parliament passed the Stamp Act, and two-hundred and fifty years ago, the dreaded stamps reached the American colonies and set off the fuse that would ignite the Revolution.

How much money did Parliament initially hope to raise in the colonies by passing the Stamp Act? Approximately 60,000 pounds – just two thousand pounds more than Johnson claimed he had spent at a single Indian council.

The cost of policing its empire simply became too big a burden for British officials to bear alone. The Seven Years’ War, followed by Pontiac’s War, convinced them that colonists should share in the costs of empire, and steps should be taken to stop further settler-Indian conflicts. They would not back down.

And, while we might think of the chain of events that led from the Stamp Act protests to the American Revolution as a positive if unintended result, we should remember that for many if not a majority of the colonists, the Revolution was first and foremost a Civil War.

Colonists, many of whom had fought alongside the British in the Seven Years’ War, had celebrated their ties with Britain at the end of the conflict. They were also divided over how to respond to new British imperial measures to pay for those wars. After the War for American Independence started in 1775, almost as many American colonists chose to fight again with the British as those who joined the Continental Army. Thousands more kept their heads down and tried to avoid the bloody and devastating war. But not all were successful.

And like the more recent conflicts in the Middle East, the chaos of this Civil War also produced an extraordinary and shocking stream of refugees who had lost homes, property, and family members – some 70,000 in total. They were cast out of America and forced to find refuge in often-inhospitable places. They ultimately found refuge in far-flung corners of the empire such as London, Jamaica, Nova Scotia, Ontario, West Africa, and even Australia. But they were originally American colonists, very similar to those who stayed behind.

Seventy-thousand refugees might not seem like much, but in today's numbers, that is the equivalent of some 7.5 million Americans fleeing their livelihoods and homes for an uncertain future.

We should remember that when contemplating war again. Often global policing efforts have unintended and usually tragic consequences. And we might remember America’s own refugee crisis when deciding whether to open our own doors to those fleeing these devastating conflicts.