20 Billionaires Own More than Half the Country? 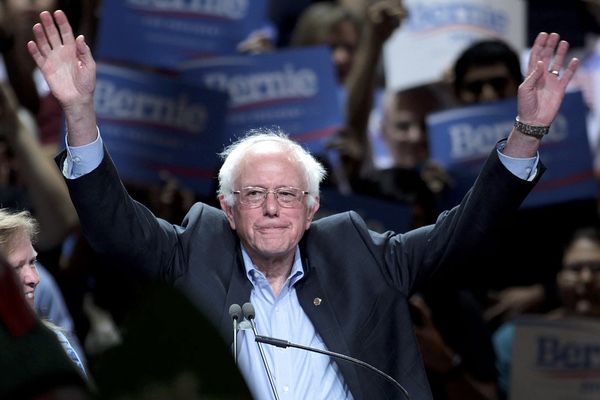 A study released at the beginning of December by the Institute for Policy Studies (IPS) reported that America’s 20 wealthiest individuals own more wealth than roughly half the American population combined—152 million people. The startling level of economic inequality in the United States is also highlighted by Forbes, which recently observed that the richest 400 Americans possess more wealth than 62 percent of the American public—192 million people. Furthermore, these studies apparently underestimate the concentration of wealth in the United States, for the use of offshore tax havens and legal trusts conceals trillions of dollars that the richest Americans have amassed for themselves and their families.

Ironically, the United States has long been depicted as a land of economic equality, with widespread prosperity. Writing from Monticello in 1814, Thomas Jefferson emphasized America’s difference from class-divided Europe. “The great mass of our population is of laborers; our rich . . . being few, and of moderate wealth,” he declared. “Most of the laboring classes possess property, cultivate their own lands, have families, and from the demand for their labor are enabled to exact from the rich . . . such prices as enable them to be fed abundantly, clothed above mere decency, to labor moderately and raise their families.” In the early twentieth century, Werner Sombart, a German economist and sociologist, argued that, in the United States, “socialistic Utopias . . . are sent to their doom” on “the reefs of roast beef and apple pie.” The “American Dream” of economic opportunity for all has constantly been invoked, sometimes to avoid a more equitable sharing of the wealth and, at other times, to advance it.

Nevertheless, the reality of life in the United States has often fallen short of the American Dream. Certainly, American slaves and their descendants didn’t consume much of the roast beef. And there was also substantial economic misery and class strife among other portions of the American population, who labored long hours in factories and mines, experienced high levels of industrial accidents, endured frequent layoffs and unemployment, and lived in squalid slums. What led, at times, to some degree of economic leveling was not a voluntary sharing of the wealth by the richest Americans but, rather, economic struggles by unions and public policy breakthroughs secured by progressive politicians.

But, with union strength declining and progressive politics in retreat since the 1980s, economic inequality in the United States has grown by leaps and bounds. In the 1970s, America’s wealthiest 0.1 percent—the richest one-thousandth of the population—owned 7 percent of U.S. household wealth. Today, that figure has risen to 20 percent—about as much wealth as is possessed, in total, by the bottom 90 percent of Americans.

Although the 20 richest Americans, who possess more wealth than about half the American population combined, include some founders of corporations, they are outnumbered by the heirs of families with vast fortunes. The latter individuals include Charles and David Koch (the scions of a wealthy founder of the John Birch Society, with $82 billion between them) and four members of Wal-Mart’s Walton clan (with $127.6 billion among them).

All right, you might say; but does this economic inequality really matter? Well, it certainly matters to those Americans whose economic opportunities have been stunted to facilitate this accumulation and hoarding of vast wealth. Furthermore, as the authors of the IPS study note: “Extreme inequalities of income, wealth and opportunity undermine democracy, social cohesion, economic stability, social mobility, and many other important aspects of our personal and public lives.” In addition, “extreme inequality corrodes our democratic system and public trust. It leads to a breakdown in civic cohesion and social solidarity, which in turn leads to worsened health outcomes. Inequality undercuts social mobility—and has disastrous effects on the economy.”

Economic inequality is certainly warping American politics and public policy. In recent years, the wealthy and their corporations have poured enormous financial resources into political campaigns, dwarfing all other sources of campaign funding. In the first phase of the 2016 Presidential election cycle alone, half of total campaign contributions have come from 158 wealthy donors. Not surprisingly, relatively few politicians dare to offend rich donors and their interests. Thus, wealthy right-wingers like the Koch brothers (who have promised to put nearly a billion dollars into the 2016 elections) and Sheldon Adelson (possessing wealth of $26 billion) have far greater influence over public policy than do average Americans. As numerous pollsters have observed, most Americans favor progressive public policies, including raising the minimum wage, taxing the rich, providing free college education, and establishing a single-payer healthcare system. But, when it comes to federal action, these programs remain dead in the water.

Will Americans stand up and insist upon sharing their nation’s wealth more equitably? There are signs, such as the popularity of Bernie Sanders’s presidential campaign, that many of them are becoming fed up with economic inequality. Of course, they might be distracted by xenophobia and fear-mongering, which have been promoted assiduously in recent months by pro-corporate politicians. Even so, there are growing indications that Americans favor democracy not only in their politics, but in their economy.