The United States Was Late to End Slavery

Patrick Rael is Professor of History at Bowdoin College in Brunswick Maine. His latest book is Eighty-Eight Years: The Long Death of Slavery in the United States, 1777-1865 (University of Georgia, 2015). 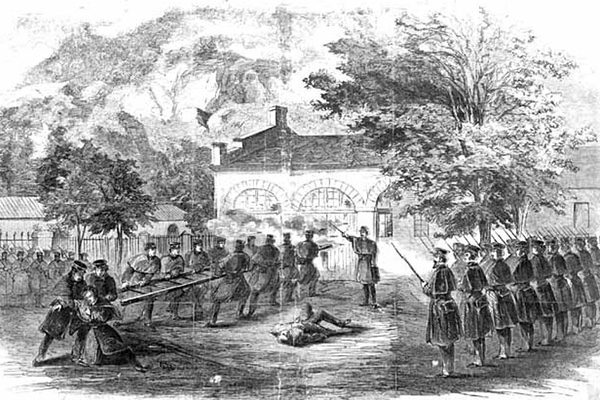 One hundred fifty years ago this December, the U.S. completed its long process of abolishing slavery. Why did the nation endure nine long decades as a “house divided against itself”? The answer lies in the actions of John Brown, who six Decembers earlier was hung for his failed attempt to spark slave insurrection.

150 years ago this month, the ratification of the Thirteenth Amendment to the Constitution ended slavery. While the U.S. was not alone in ending slavery, its story of abolition stands out in the annals of Atlantic history. For one, it took a long time. The country began ending the institution in 1777, when Vermont wrote slavery out of its state constitution, leaving the new country a “house divided” (in Abraham Lincoln’s famous words) for almost nine decades. Slavery also ended late in the U.S. The Spanish colonies of mainland South America destroyed slavery as they became independent (1808-1833), and major European powers ended slavery between 1834 and 1848. Only Cuba (1880) and Brazil (1888) followed the U.S. Finally, ending slavery in the U.S. required an unprecedented level of violence. In no other society did abolition require a national bloodletting rivaling the 750,000 who perished in the American Civil War. 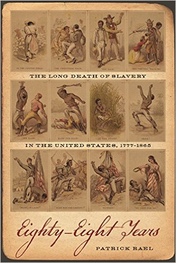 Clearly, the threshold for achieving complete abolition in the U.S. was higher than it was throughout most of the Atlantic world. Ending slavery here took so long, and required such sacrifice, because the slaveholding power lay not in a subordinate colonial periphery but within the confines of the nation — a nation built on the principle of federalism, in which every state was its own sovereign entity.

What was more, the devil’s bargain struck at the convention that framed the U.S. Constitution in 1787 ensured that the slaveholding interest exercised influence in national tribunals disproportionate to its population. The three-fifths clause of the Constitution converted slaveholders’ labor power into political power by counting 60 percent of their bound population toward their representation in the House of Representatives and Electoral College. These factors made the threshold for abolishing slavery much higher than in Great Britain, where popular pressure led Parliament to end chattel bondage in its colonies in 1834, or France, where executive action accomplished the feat in 1848.

In the U.S., overcoming the formidable obstacles to abolition required something more — a remarkable alliance between slaves and their abolitionists allies. The process began in earnest in the early 1830s, when a new breed of northern reformers began championing the cause of the slave, calling for the immediate and uncompensated end of slavery. Figures such as William Lloyd Garrison began as pacifists, but as slavery’s champions mounted ever more strident defenses of the institution, their approaches diversified. Some sought inroads into the political system, compelling the two major parties to attend to an issue they studiously ignored as being suicidally divisive.

Others acted for and with the enslaved, helping them secure their freedom in the North through the Underground Railroad. When the slaveholders extracted from Congress an assertive new fugitive slave law in 1850, northerners responded with outrage. Resistance led abolitionists and free black activists to engage in forceful rescues of suspected fugitives. This growing willingness to embrace physical means demonstrated that the gulf between the resistance of the enslaved and the antislavery rhetoric of the abolitionists was drawing ever closer together.

The two merged spectacularly in the fall of 1859, when John Brown, a militant white abolitionist, led a mixed-race band of men in an assault on the federal armory at Harpers Ferry, Virginia. Brown had gained military experience in Kansas, where pro- and anti-slavery guerillas had battled to determine whether the territory would enter the union slave or free. Inspired by the Haitian Revolution that had overthrown slavery on France's prize sugar colony, Brown hoped to spark "insurrectionary warfare" in western Virginia. Once begun, he believed, "all the free negroes in the Northern States would immediately flock to his standard," along with "all the slaves in the Southern States," and "many of the free negroes in Canada." The conditions of revolutionary chaos that had so effectively undermined slavery during the American, Haitian, and Latin American wars for independence would become the basis for a full-fledged war on slavery.

The insurrection failed, spectacularly. But Brown was only acting on impulses that were growing in northern politics. Out of sectional crisis the Republican Party had emerged, dedicated to confining slavery to its existing borders. John Brown’s raid stoked southern fears that this new party sought nothing less than the institution’s immediate destruction. “The republican party of the North is stained with the blood of insurrection,” wrote one Democratic editor. Southern demagogues charged that if the Republican Abraham Lincoln were elected president in the upcoming 1860 race, he would send “armed bands” into the South to liberate slaves. Many in the South thus viewed his November victory as tantamount to inciting slave rebellion. Eleven slaveholding states chose to secede from the union rather than face an uncertain future under Republican rule.

In the early stages of the war that followed, Lincoln prioritized preservation of the Union over the destruction of slavery, declaring: “if I could save the Union without freeing any slave I would do it.” Eventually, though, the need for manpower in a lengthening battle of attrition convinced him that “we must free the slaves or be ourselves subdued.” This was the fateful moment, when the federal government finally mobilized the Union war machine in the service of abolitionist’s longstanding goal. The Emancipation Proclamation, by transferring nearly one hundred thousand African Americans from slavery into the Union army, transformed fugitive slaves into conquering armies of liberation, spreading freedom as they marched across the Confederacy. John Brown had envisioned a long-running insurrection, in which those who fled the plantations “would be formed into regiments and brigades and be drilled in the whole art of war, as were the black soldiers of Toussaint L'Ourverture and Dessalines, in Hayti." To a remarkable degree, the Union’s ultimate policy of emancipation and recruitment fulfilled at last the militant vision of 1859.

As Union troops slowly compelled the seceding states back into the nation, only one task remained. Emancipation thus far had been marked by piecemeal federal legislation and executive actions of questionable constitutionality. For Lincoln, passage of a constitutional amendment abolishing slavery would end all doubt as to the legality or permanence of wartime emancipation measures. This “great consummation” would serve as a “fitting and necessary conclusion to the final success of the Union cause.”

On December 6, 1865, when Georgia became the 27th state to ratify the amendment, three-quarters of the states had moved for its adoption, thus securing its place in the Constitution. Slavery was finally dead in the United States. How remarkable it must have been for contemporaries to reflect on the state of affairs just six short years earlier. Then, on December 2, 1859, John Brown had stood on the scaffold, noose around his neck. He had declared that he was willing to die for this cause, and mingle his blood with “the blood of millions in this slave country whose rights are disregarded.” Nothing more aptly described the unique alliance between slaves and abolitionists that had brought about the central reform of the nineteenth century.