This Is Why We Ought to Remember Alex Haley, Warts and All

Robert J. Norrell, professor of history at the University of Tennessee, is the author of the just published book, Alex Haley and the Books that Changed a Nation(St. Martin’s). 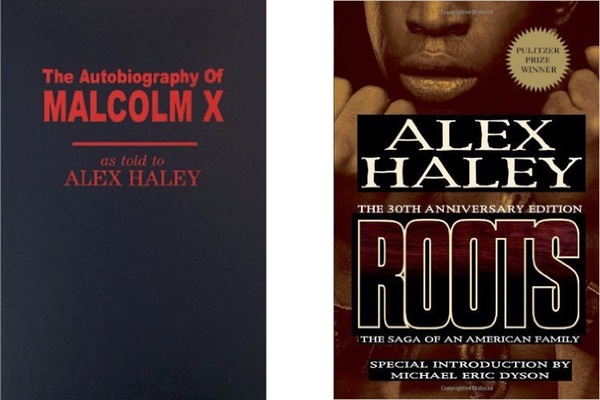 Alex Haley wrote the two most influential books on African-American history in the second half of the twentieth century. Each of his books sold about six million copies, and the films made from them were viewed by masses of Americans. Haley sold more books than any other African-American author and all but a few white authors. I believed he shaped the racial sensibilities of more Americans than any other writer, black or white. Although he was not himself a black nationalist, he produced works that gave more texture and substance to black nationalism than any other writing. Haley and his work deserve to be recognized as seminal influences on black identity and American thought about race, and for that reason I wrote a biography of him. 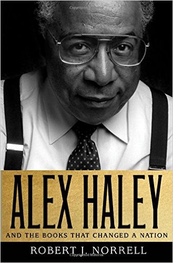 My previous attempt at biography was about Booker T. Washington, the black educator. There I was struck time and again by the Tuskegee man’s preoccupation with shaping how whites thought about blacks. It struck me that Alex Haley had a big influence on that same matter—the black image in the white mind—in fact, a greater influence on it than Washington.

I didn’t realize it when I decided to write the biography, but Haley and I had some things in common. We each spent our adolescence near Huntsville, Alabama, Haley a generation before I came along. We were both born to a southern storytelling tradition, and each of us loved the act of spinning a yarn. Each of us was shaped by a maternal grandmother who had made it her responsibility to pass to her grandson the family history. I followed the advice to write about what I knew, which in my case was the turmoil of the South in the 1960s. Haley’s entire writing life—in essence, all his articles and books—was an exploration of his autobiography, even when on the surface he was addressing some other life, even Malcolm X’s.

But there were big differences. My books sold a few thousand, his in the millions. Indeed, Roots sold more books in one day than I have in thirty years of writing.I have never experienced celebrity, and he lived with it most of his adult life, with all its pleasures and its pitfalls. We each grew up in a white-supremacist society, but I was on the side that got all its benefits, he on the other, with all the demeaning experiences inherent there.

The Autobiography of Malcolm X gave millions of Americans a look into the inner world of blacks in twentieth-century ghettoes and especially the anger that life there engendered. The book made Malcolm into an icon of black manliness and resistance to oppression. Haley’s rendering of Malcolm created an archetype that challenged the loving, nonviolent black male personified by Martin Luther King, Jr. After his assassination in 1965, Malcolm’s influence in the popular imagination grew steadily, enabled always by the autobiography that Haley had created.

Roots recast American slavery and the black family in an entirely different light from what they were before he wrote. Haley retrieved the African past of black Americans for all people, making the experience of African-Americans complete in a way that it had never been before. He created memorable characters that live today in the minds of those who read Roots or who saw the television production. He opened the eyes of millions of whites to the hard realities of black life over the generations. He spurred a national movement of Americans to seek their family origins. Along the way, Haley taught us that our family experience actually composed the nation’s history.

Despite the publishing success and the celebrity that came with Roots, controversy enveloped Haley soon after the publication of the book and bothered him the rest of his life. First came allegations that Haley’s account of his African ancestor Kunta Kinte’s life was essentially made up—and Haley’s reports of how he learned about his ancestor also fabricated. Then two writers accused Haley of copyright infringement, and Haley was indeed apparently guilty of copying a few passages from one book. The controversy hurt Haley’s professional reputation and to some extent undermined the influence of his works on American culture.

A year after Haley’s death, the journalist Philip Nobile published a full-scale assault on Haley’s career and character, drawing together a compendium of allegations of professional malfeasance. Nobile called Roots “a hoax, a literary painted mouse, a Piltdown of genealogy, a pyramid of bogus research,” and a fraud successful only because a “massive perjury” cover it up. He found a transcript of a recording made during Haley’s first visit to the Gambian village Juffure that contradicted Haley’s account of it in Roots. Nobile claimed that an editor had actually written much of ROOTS.

Though some of his allegations were false, Nobile’s attack mattered in weighing the historical significance of Haley. Loud accusations of lying and theft have to be addressed before a more balanced assessment can emerge. It was easier to ignore Haley than to sort out the details of his alleged wrongs. Haley was left out of the canon of black American literature, the 1997 Norton Anthology of African-American Literature. Henry Louis Gates, Jr., the editor, thus excluded a work that sold more than any other work by an African American, that arguably touched the racial sensibilities of more Americans than any other, and that recast popular understanding of slavery more than any other. Gates did pay a silent tribute to Haley with a television series on the genealogy of celebrities, in which the lineage of black celebrities was traced. The show was so popular that Gates created another series, “Faces of America,” which traced the genealogy of white celebrities. It might have been Haley’s fate to do these shows had he lived. They might not have emerged had Haley not done Roots.