A Historian’s Report Card on the Fed

News at Home
tags: the Fed, The Federal Reserve Bank

Stephen W. Campbell is a lecturer at California State Polytechnic University, Pomona and earned his doctorate in history from the University of California, Santa Barbara. 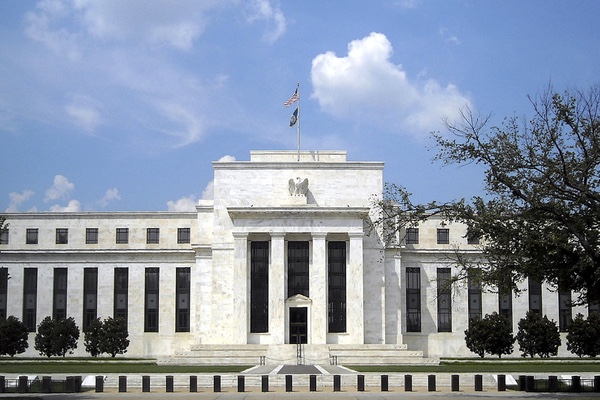 Eight years after plunging into the worst financial crisis since the 1930s, the United States economy continues to suffer from numerous structural issues, including a weakened middle class, an aging infrastructure, and unjustifiably high CEO pay. Yet amidst these troublesome conditions, the monetary policy pursued by Ben Bernanke and Janet Yellen at the US Federal Reserve deserves recognition.

Historically, central banks like the Fed have varied widely in their regulatory responsibilities. The western world’s first central banks, which originated in late seventeenth century Europe, possessed only limited ability to control the money supply. By the early nineteenth century, their fiscal and monetary powers had grown. Alexander Hamilton and Nicholas Biddle tailored their banks to serve as the nation’s “lender of last resort,” rescuing smaller banks from collapse to prevent a larger contagion from spreading.

It was not until the Great Depression of the 1930s, however, that central banks took on their more modern and familiar form, breaking free from the rigid laissez-faire shackles of the international gold standard to pioneer new methods of currency management. Indeed, the prevailing orthodoxy among academic economists holds that the gold standard, far from being the stable and self-equilibrating force envisioned by its proponents, actually contributed to and lengthened the Depression. Currency devaluation proved surprisingly effective at halting the downward spiral in prices, wages, employment, debt defaults, and bank collapses. The creation of the Federal Open Market Committee (FOMC) in 1933, moreover, established a more managed economy where the Fed could more actively pursue its dual mandate of price and employment stability by buying and selling treasury bonds in the open market.

Fast forward to 2008. Decades of financial deregulation, which stoked an unsustainable housing bubble built on the widespread brokering of risky collateralized debt obligations, had put capitalism itself on the precipice. Financial meltdown was imminent. The Fed immediately injected emergency funds into the system, flooding the country with paper money. It lowered the discount rate – the percentage it charged to lend money to commercial banks – to an unprecedented 0%. For the longer term, the Fed embarked on a multi-part program of monetary stimulus known as “quantitative easing.” Expanding its balance sheet immensely, the Fed started buying up not just treasury bonds, but mortgage-backed securities, physical property, and other assets. The most recent phase of quantitative easing, QE3, increased the Fed’s assets to $4.48 trillion. Repeated cash infusions on the scale of hundreds of billions of dollars drove down long-term interest rates and had a propitious impact on the stock market. From a low of 6,400 in March 2009, the Dow Jones Industrial Average nearly tripled in value to a record high of 18,300 in May 2015.

FED critics contended that permanently low interest rates would fuel asset bubbles and lead to hyperinflation. In 2009, conservative economist Arthur Laffer predicted an inflationary environment that would make the 1970s look tame. That Laffer and other inflation hawks were spectacularly wrong did not seem to matter. Wittingly or not, they spoke for the wealthy, whose large savings accounts and ability to profit from high-interest loans would lose out under inflation. The wealthiest 1%, who frame much of the political and media agenda, constantly shouted “theft,” “socialism,” and “redistribution” at the slightest hint of monetary expansion. And yet, since roughly 1980, almost all gains in wealth, income, and GDP have gone to this very same 1%. Talk about redistribution!

For those of us who are concerned for more than just the nation’s oligarchs, maintaining an inflation rate of 2% makes sense. The money supply required for this target rate drives down interest rates, which makes it easier for companies, governments, and individuals to pay off debts. Student loan debt currently tops $1.2 trillion and many countries today suffer from high public-debt-to-GDP ratios. Interestingly, there is some historical precedent – namely the post-WWII era – for demonstrating how inflation can help reduce countries’ public debts. Moderate inflation also stimulates spending. If people think that their money will lose value, they are likely to spend it, which is crucial since consumer spending comprises 70% of all economic output in the United States. One could even argue that the Fed should raise its target rate to 4%, especially because the US dollar appreciated 18% against a basket of other currencies between mid-2014 and mid-2015. A strong dollar makes US manufacturers and exporters less competitive for overseas consumers, but a higher inflation rate would mitigate this effect. As economist Dean Baker has argued, a weaker dollar would add manufacturing jobs and also reduce the trade deficit.

To be clear, inflation is not the silver bullet to solve complex problems. It could hurt minimum-wage workers and some pensioners, and its salutary effects on employment, wealth inequality, and public debt would encounter diminishing returns once bondholders started demanding higher interest rates. One critical issue is that our paralyzed political system has failed to produce sensible fiscal policy, which puts even more pressure on the Fed to act alone. Since their takeover of the House in 2010, the Tea Party has maintained a puerile obsession with government shutdowns and austerity at all costs.

We should be thankful that the Tea Party does not run the Fed. Ben Bernanke, who had published on the Great Depression before chairing the Fed, heeded the lessons of the 1930s. Yellen has continued ably where Bernanke left off and the two have kept price inflation in the last ten years remarkably close to the target rate of 2%, seen GDP rise between 2% and 4%, and helped to lower the unemployment rate from 10% to 5%. Even as calls have mounted for the FED to begin raising rates, Yellen has aptly understood that the global economy remains weak and prices have failed to rise significantly. The point here is not to glorify the Fed, which may not have anticipated all the warning signs leading up to 2008. Rather, it is to underscore the wisdom of constructing monetary policy based on empirical evidence, scholarship, and historical experience.