Am I the Only One Who’s Tired of the Predictable Cycle of Police Violence?

Michael McQuillan, a founding member of the Hope in the Cities National Network, coordinated the Crown Heights Coalition after the 1991 racial disturbance, and teaches history at the Brooklyn School for Global Studies. 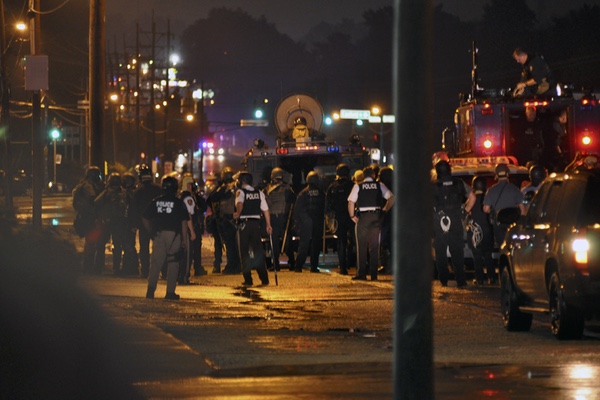 NAACP leaders respond by reflex: “Even as we call for accountability by those charged with protecting the community, we call on the community to act, collectively and calmly, until we secure justice for the family of Michael Brown,” said President and CEO Cornell William Brooks’ August statement; “The NAACP and our allies will not stand down until accountability and justice in cases of police misconduct are served” he wrote after the Eric Garner Grand Jury’s December result.

Elected leaders call for “calm restraint” when protests occur, ignoring protest’s root causes. “The nation’s mayors urge that any further protests (in Baltimore, Maryland) be peaceful and nonviolent, as is the right of all Americans under the Constitution,” said U.S. Conference of Mayors President Kevin Johnson of Sacramento, California. They assure us that “the vast majority of police officers are good people, honest and fair, who care deeply about the community,” as President Obama said on May 18th in Camden, New Jersey, praising its commitment to community policing.

Police Officer Michael Brelo’s acquittal last week in Cleveland for fatal shootings of an unarmed African-American couple prompted Ohio Governor John Kasich to say “Everyone must have the right for their response to be heard – including when they are angry and hurt – and voicing their frustration in a peaceful way helps us all rise above those forces that would hold us back and tear us down.” Does he refer to peaceful protesters’ procession through the city’s downtown business district? To the relative few who at nightfall grew rowdy, causing arrests? To a Cleveland police force that according to U.S. Justice Department investigators often “unnecessarily used deadly force; used excessive force against mentally ill people; and inappropriately resorted to stun guns, chemical sprays and punches”?

First Amendment protest rights exist “to petition government for a redress of grievance” as the Bill of Rights makes clear but as President Kennedy would warn, “Those who make peaceful change impossible make violence inevitable.”

The predictable choreography keeps us in crisis. It persuades us we’re powerless to solve what Dr. King in 1966 called “the problem of police behavior in minority communities” to make democracy real. Forty-nine years later “The race factor in the police-community divide is undeniable” in NYPD Commissioner Bill Bratton’s words, yet nowhere is this fully discussed. How can a society so scientifically advanced stay primitive with its human relations?

Polls report a “racial divide” in supporting police or protests; this falsely makes us choose sides. A May 18th Wall Street Journal/NBC News Poll found a perfect split on “the best way to explain the events in Baltimore and other cities between police and members of the African-American community” as 60% of African-Americans surveyed cited “long-standing frustration about police mistreatment” with almost 60% of whites claimed “people seeking an excuse to engage in looting and violence.”

Police leaders claim new training programs are already begun but share no details. “Deescalating Conflict” and “Impartial Policing” are components now required in Cleveland but will its same police culture produce the curriculum and deliver its contents? Must executives, sergeants and patrol officers or only recruits receive it?

Deputy Attorney General for Civil Rights Vanita Gupta lauded Cleveland’s Police Chief and Mayor “for listening to all stakeholders” while Northern District U.S. Attorney Steve Dettlebach, describing the Justice Department’s Cleveland Police District plan, emphasized that “above all we have listened, even to those with whom there are disagreements.” Why is that worth pride and praise? Isn’t that part of their job?

“If we as a nation continue to ignore the racial reality of our times, tip-toe around it, demagogue it, or flee from it, we’re going to pay an enormous price. What we need now, at this exact time, is hope and accountability. Accountability for the conduct of police officers and hope that the system of justice can work,” Senator Bill Bradley said after the 1992 Rodney King verdict. Those were prophetic remarks.

Will real change occur before the next crisis prompts its predictable choreography?