The Surprising Legacy of the Black Panther Party in Chicago

Aaron Leonard is a writer and historian living in Brooklyn, NY. In February he will publish his first book, “The Heavy Radicals: The FBI’s Secret War on America’s Maoists.” 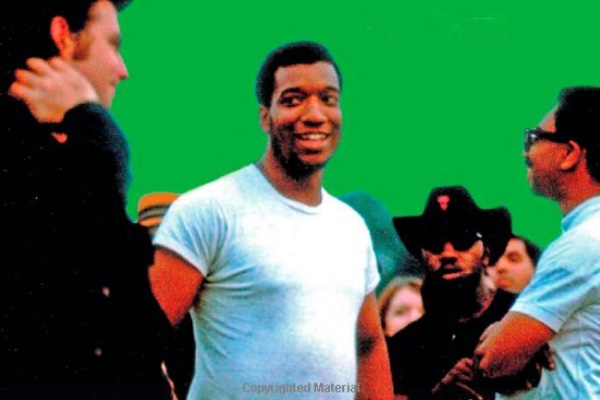 In February 2015 the University of North Carolina Press will publish the paperback edition of Jakobi Williams’s book, From the Bullet to the Ballot: The Illinois Chapter of the Black Panther Party and Racial Coalition Politics in Chicago. The book takes a particular look at the Black Panther Party in Illinois in relation to its coalition work with other groups, Black, Latino, and white, all in the politically charged and racially polarized atmosphere of 1960s Chicago. Jakobi Williams is associate professor of African American and African diaspora studies and history at Indiana University. Aaron Leonard interviewed him by email. 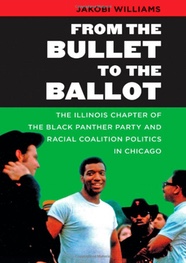 Chicago in the 50s and 60s appears as a place of a hard-core white supremacy and unassailable segregation. What was the racial and political topography of the city and why is it important to the story you tell?

During the aforementioned period, Chicago was (and remains) the most racially residentially segregated city in the US. Aside from the fact that African Americans were forced into segregated communities as a result of racial covenants and Federal Housing Administration racist policy, but white ethnics segregated themselves from each other as well. Chicago can best be described as a city of racial/ethnic neighborhoods. Beginning in 1955 Mayor Richard J. Daley and the Democratic machine ruled the city via a triumvirate of pressures: politicians, the police, and the mafia. What makes the history I present so important is that the struggle and eventual coalition/movement is birthed out of a virulent response to the oppression of the Daley machine.

What is striking in your book is how what evolved in Chicago, in part because of the coalition the Black Panthers built, was the antithesis of that balkanized, segregated city. Perhaps the most counter-intuitive relationship was that between the Panthers and the Young Patriots Organization – who among, other things, incorporated the confederate flag into their identity. Could you talk about that relationship and its significance?

The Black Panther Party on a national level worked diligently to form coalitions that transcended race under a rubric of class struggle against the US capitalist system. What makes the Illinois chapter of the Panthers so profound is that they were able to reach and exceed the goals set forth by the Party’s founder in a city with much racial strife. There were at least six major racial explosions in the city of Chicago in the 1960s alone. Due to the genius of Bob Lee and Fred Hampton, they were able to build an alliance with the Young Patriots, poor southern white migrants located on the north side in Uptown and many of its members used the confederate flag as its symbol. Bob Lee was able to demonstrate the commonalities of their struggles and the ILBPP had community service programs to solve all the issues that the poor white migrants faced such as: the Free Breakfast Program, the Free Health Clinic, and several others. The Panthers trained the Young Patriots and other poor southern white migrants how to set up and maintain community service programs that benefited their community and thus a coalition between the groups was established setting the stage for the creation of the original Rainbow Coalition.

One gets a sense in reading about the ILBPP of a paradoxical situation in which women were empowered on an unprecedented level at the same time as they were object of the coarsest sexism; one is reminded of Eldridge Cleaver’s famous declaration in a 1968 speech at Stanford, speaking to women, "You have the power to bring a squeaking halt to a lot of things that are going on and we call that, pussy power." What did you find in your research?

Much like the civil rights movement/organization, women were the backbone of the black power movement and the ILBPP serves as an example of this fact. The “gender” policy of the Black Panther Party as a national organization was the equality and promotion of women and their rights. As an organization in terms of policy the Party was fairly consistent. However, individuals such as those you have mentioned made sexist statements and some individuals treated female members in very sexist ways. There is no defense for the indefensible.

Nevertheless, the Black Panther Party was the only group during this period to advocate and promote gender equality—not SCLC, NAACP, CORE, and definitely not the Nation of Islam. In fact, many women defected from these groups to join the BPP. In Chicago, the ILBPP had women who were in real positions of power. These women held decision-making roles and were in charge of discipline. I argue that the ILBPP were more consistent than most other chapters even its national headquarters in Oakland in regards to adherence of the Party’s gender policy. But they were young so areas of concerns did arise and were swiftly addressed by the group. I want to be clear here that women in the ILBPP had agency and demanded respect and that policy was respected and there were repercussions for those who violated the rules—repercussion handed down by women and men.

Fred Hampton comes through as a singularly unique character both within Chicago and within the Black Panthers. How was he at once “typical” of the revolutionary current of those times and exceptional?

Illinois Chapter Deputy Chairman Fred Hampton is one of the most important figures of the twentieth century. He was typical in the fact that at a very young age he was involved in the civil rights movement. He would eventually become head of the NAACP Youth Council in Illinois and he was very involved in the student movement and community activism. What make him exceptional are his natural leadership, sharp and critical mind, and charismatic speaking ability. The way in which he inspired generations of activists across race, age, gender, class, religion, or political affiliation is remarkable. For example, not even the great, late, Rev. Dr. Martin Luther King Jr., could get Confederate flag-wearing poor southern white migrants, some of whom were white supremacists, to not only join forces with him but rely upon him for leadership and even conduct security to protect him the way in which Fred Hampton was able to do so. It was for this reason among others that the state, both local and federal, murdered this young man when he was 21 years old.

Much of the historiography of the murder of Fred Hampton focuses on the role of the FBI and its informant William O’Neal, but as you write, “Historians have not accorded enough accountability to the Chicago Police Department and the Daley Democratic machine for their part in the murders.” What did you find to be their role and its significance?

The Daley administration was able to infiltrate and repress dissent on the same level as the federal government. Local police officers were sent as far away as California to infiltrate and spy on the Black Panther Party. One officer’s wife was used to spy on the group. Moreover, Daley had more of an incentive to eliminate Fred Hampton and the Panthers in Chicago due to the many successful community-organizing efforts of the original Rainbow Coalition, which consisted of African Americans, Puerto Ricans and other Latinos, and poor whites, which were all opposed to the Daley machine.

It was the Daley administration which put pressure on the FBI to raid Hampton’s apartment and it was Chicago Police who killed him using information supplied by the FBI’s informant William O’Neal, who was close to Hampton and served as part of his security. Daley utilized a secret police force known as the Red Squad the same way that J. Edgar Hoover used COINTELPRO.

Any group that dissented against Daley in any way was targeted by the Red Squad including “non-subversive” and non-political groups like the Boy Scouts, nuns, book clubs, and the Jewish League of Women Voters, to name a few. When a group called the Alliance to End Repression sued the city of Chicago for violation of their constitutional and civil rights, the Red Squad infiltrated the group’s legal team. These facts alone shed light on the kind of illegal actions waged against political anti-capitalist and anti-Democratic machine organizations like the ILBPP and its Rainbow Coalition.

What do you see as the legacy of the ILBPP in Chicago and nationally?

The legacy can be found in the many community service programs that exist today that did not exist before the Panthers. For example, the Child Nutrition Act was established by the Lyndon Johnson administration because the Panthers and groups like those affiliated with the original Rainbow Coalition were feeding more poor and hungry children in America than the US government. So thanks to the Panthers Free Breakfast Program, children across American now get free breakfast and lunch in schools. The same can be said for all the free community clinics around the country and for those engaged in sickle cell testing and treatment. Many Americans today are reaping the benefits of the hard work and struggle of Panthers who have failed to be acknowledged for the establishment of various human rights programs and incentives today.

Another legacy is that it is not by accident that the first African American President of the US comes out of Chicago and is elected and reelected utilizing racial coalition politics. The Illinois Panther’s Rainbow Coalition ushered in a political movement that not only rivaled but eventually defeated the Democratic machine. Those interested should read chapter six of my book where I trace the legacy of the Party’s racial coalition from Fred Hampton to President Obama and outline how Rev. Jesse Jackson appropriated the group’s title, Rainbow Coalition. For the record, with the exception of Harold Washington, the trajectory is one of appropriation rather than genealogy, first by Rev. Jesse Jackson, then David Axelrod, and Barack Obama.