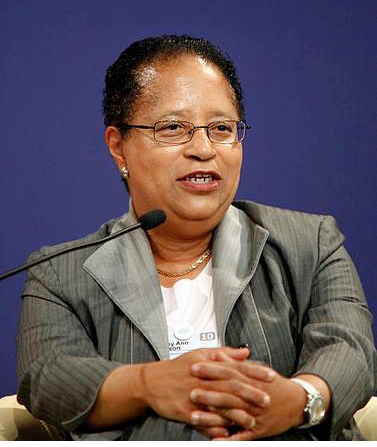 In a recent article about Shirley Jackson, the president since 1999 of Rensselaer Polytechnic Institute (RPI)―a private university located in Troy, New York―the Chronicle of Higher Education revealed that, in 2012 (the latest year for which statistics are available), she received over $7 million from that institution. Like many modern campus administrators, President Jackson was also given a large mansion, first class air travel, and a chauffeured luxury car to transport her around the campus.

Thanks to the fact that Jackson also serves on at least five corporate boards, including those of IBM and Marathon Oil, she supplements this income with more than a million dollars a year from these sources.

Despite repeated complaints about Jackson from faculty and students, RPI’s board of trustees has invariably expressed its total confidence in her. Indeed, the board chair recently declared that she is worth every penny of her substantial income. This unwavering support appears to be based not only upon Jackson’s fundraising prowess, but upon the corporate approach that she and the board share.

A key component of this corporate approach is embodied in Jackson’s development and implementation of the Rensselaer Plan, a venture that includes an enormous construction program at a staggering cost. Worried about their institution falling behind rivals in the race to build a high-powered, modern campus, trustees found this university expansion deeply satisfying. But it also meant that RPI ran up its debt to $828 million―over six times its level when Jackson took office. As a result, Moody’s downgraded RPI’s credit rating twice, and describes the financial outlook for RPI as “negative.”

Of course, when operating as a business, there are many ways to pay a top executive’s hefty salary and recoup huge financial losses. As is the practice on other campuses, RPI employs a considerable number of adjunct faculty members―part-timers paid by the course, with pitiful salaries, no benefits, and no guarantee of employment beyond the semester in which they are teaching. One of these adjuncts, Elizabeth Gordon, was paid $4,000 a course―about $10 an hour by her estimates. “Because the pay was so low,” she recalled, “it was like being a volunteer serving the community.” But, as the size of her RPI writing classes grew, she became concerned that the pace of grading, student meetings, and course preparation was undermining her health, which she lacked the insurance to cover. So she quit. Many other adjuncts, however, are still at RPI, scraping by on poverty-level wages and enriching President Jackson.

RPI’s adjuncts once had a voice on campus, as some of them served on RPI’s Faculty Senate. But that came to an end in 2007, when Jackson abolished that entity. From the administration’s standpoint, the abolition of the Senate had the welcome effect of not only depriving adjuncts of their minimal influence, but of crippling the power of regular faculty, as well. The previous year, a faculty vote of no confidence in Jackson’s leadership had been only narrowly defeated. Thus, the administration’s abolition of the Faculty Senate served as a pre-emptive strike. Asked by irate faculty to investigate the situation, the American Association of University Professors condemned the administration’s action as violating the basic principles of shared governance. The administration responded that RPI “has never recognized the role of the AAUP in what we regard as an internal issue.” Ultimately, faculty resistance collapsed, leaving faculty powerlessness and demoralization in its wake.

The Jackson administration, using what union organizers charged were tactics of intimidation, also succeeded in defeating efforts to unionize RPI’s downtrodden campus janitors and cafeteria workers. During one union campaign among janitors, the lead organizer recalled, security guards threw him off campus and the administration fired a janitor on the organizing committee.

In a further effort to cover the administration’s costly priorities, student tuition was raised substantially during the Jackson years. In 2013-14, it reached $45,100―$25,608 above the average tuition at New York’s four-year colleges. Of course, beyond tuition, there are expenses for college fees, room, board, and books, placing RPI’s own estimate of student costs for attendance in 2014-2015 at $64,194. Perhaps to soften the blow to students of this enormous price tag or to signal them about what type of school this is, the RPI web page remarks helpfully that “many of our professors have close ties with top global corporations.”

Having created the very model of an undemocratic, corporate university, President Jackson is appropriately imperious. According to the Chronicle of Higher Education, she has a series of rules that are clear to everyone. These include: 1) Only she is authorized to set the temperature in conference rooms; 2) Cabinet members all rise when she enters the room; 3) If food is served at a meeting, vice presidents clear her plate; and 4) She is always to be publicly introduced as “The Honorable Shirley Ann Jackson.” Falling into rages on occasion, she publicly abuses her staff and frequently remarks: “You know, I could fire you all.” In 2011, RPI’s Student Senate passed a resolution criticizing her “abrasive style,” “top-down leadership,” and the climate of “fear” she had instilled among administrators and staff. It even called upon RPI’s board of trustees to consider Jackson’s removal from office. But, once again, the board merely rallied in her defense.

Perhaps, though, the response of the board of trustees is not surprising. After all, developments at RPI are very much in line with trends at institutions of higher education: inflating administration salaries; exploiting adjunct faculty, regular faculty, and other workers; strengthening administration power; raising tuition to astronomical heights; and, above all, running colleges and universities like modern business enterprises. RPI actually presents us with a glimpse of the future of higher education―a future that we might not like very much.