Jeremy C. Young is a Visiting Assistant Professor of History at Grand Valley State University and the author of "The Age of Charisma: Leaders, Followers, and Emotions in American Society, 1870-1940," under contract with Cambridge University Press. 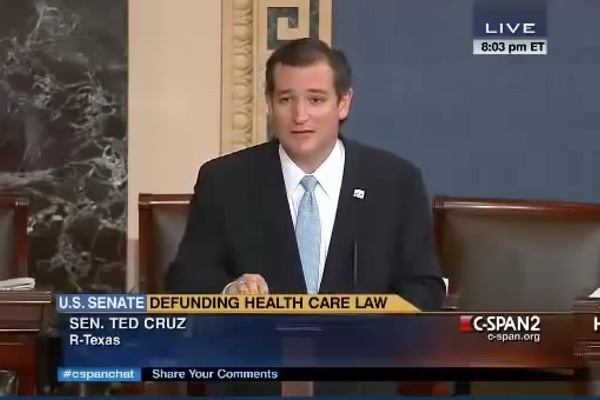 When the new Republican Senate convenes in January, I hope incoming Majority Leader Mitch McConnell will share my interest in changing a key Senate rule.  The filibuster – the provision that allows a single U.S. senator to block most legislation unless sixty senators vote to consider the bill – is the worst thing about American democracy, largely responsible for grinding Washington to a halt over the past half-decade.  Now, McConnell has a unique opportunity to end it – and for the sake of our political system, I hope he does so.

Long touted as one of the key checks and balances that moderate America’s political process, the filibuster now serves exactly the opposite function.  Because it’s nearly impossible for major legislation to get through the gridlocked Senate, the filibuster has led to a dangerous expansion of executive power.  Thanks to filibuster threats, Presidents George W. Bush and Barack Obama have enacted numerous policies by executive fiat, without involving Congress at all.  Immigration reform is a recent example.  In a filibuster-free Senate, Democrats and Republicans would have an incentive to work together to produce legislation that could gain both majority support and presidential approval.  Because the filibuster ensures that no bill can pass the Senate, however, Obama has announced plans to reform immigration policy on his own.  Instead of providing a check on the presidency, the filibuster weakens the power of Congress and lets the president do whatever he wants.  How is that good for democracy?

In truth, the filibuster has never been the bulwark of honest government represented in the 1939 Frank Capra film Mr. Smith Goes to Washington.  While Jimmy Stewart’s fictional Senator Jefferson Smith filibustered to expose Congressional corruption, in real life the filibuster has frequently been the province of unsavory characters. Louisiana Senator Huey Long, corrupt and often intoxicated on the Senate floor, used the device in the 1930s to oppose various parts of Franklin Roosevelt’s New Deal – primarily because they would offer jobs to Long’s political opponents.  In the 1950s and 1960s, Southern Democrats such as Strom Thurmond and Robert Byrd filibustered key pieces of civil rights legislation.

More recently, McConnell’s Republicans have used the threat of the filibuster to block elements of Obama’s platform, such as carbon emissions laws, gun control legislation, and the “public option” for health insurance.  With Republicans retaking the Senate majority, however, the shoe is now on the other foot.  Already, some moderate Democratic senators say they’re glad their party lost the Senate because the votes of Democratic moderates will now be required to avoid a filibuster.  Meanwhile, progressive Senators are looking forward to filibustering Republican policies.  “We will have more tools in the minority than we had in the majority,” liberal Jeff Merkley crowed last week.  Lose an election, end up with more power: welcome to the upside-down world of American filibuster politics.

Given today’s polarized political system, the reality is that we no longer live in a society where bipartisan coalitions are feasible.  Functionally speaking, our current coalitions form within individual parties – between libertarian and evangelical Republicans, or progressive and corporate Democrats.  The result is that sixty votes in the Senate has become an unreasonable standard for the passage of legislation.  For the foreseeable future, most laws will be passed either by tiny Congressional majorities or not at all.  We can lament this state of affairs if we like, but the filibuster is not going to turn back the clock to a bipartisan society.  Instead of dreaming about a government that no longer exists, we must end the gridlock that has incapacitated the government we actually have.

Unlike most of America’s problems, the filibuster is easy to fix: the Senate can end it forever with a simple majority vote.  The 114th Congress, in particular, offers McConnell an unprecedented opportunity to get rid of the filibuster once and for all.  Republicans will begin the session with at least fifty-three seats in the Senate.  Though a few Republican senators back the filibuster on principle, most should be counted on to follow McConnell’s lead.  Meanwhile, most of the nineteen sitting Democratic senators who co-sponsored Senator Tom Udall’s 2013 filibuster reform bill would likely support an end-the-filibuster rule change.  Politically, too, 2015 is an unusually good environment for filibuster reform.  Buoyed by their historic gains this year, Republicans dream of winning the presidency; Democrats, for their part, have a strong potential presidential candidate in Hillary Clinton and a natural advantage in the Senate seats up for grabs in 2016.  Both parties hope to win big, yet neither will be able to enact their platforms in 2017 and beyond unless they agree to end the filibuster now.

With daunting challenges looming at home and abroad, it’s vital that whoever wins the next election is able to govern effectively.  The American people deserve a political system that enables the leaders they elect to bring about the policies they support.  Mitch McConnell has a history of using the filibuster to stop bills he doesn’t like, but ultimately, people go into politics to pass laws, not to block the other party’s legislation.  If the Senator wants to govern rather than to obstruct, the time to act is now: end the filibuster, restore American democracy, and get our government moving again.