Some Good Can Come Out of Ferguson, But Only If We Do This One Thing

by Dr. Albert I. Slomovitz 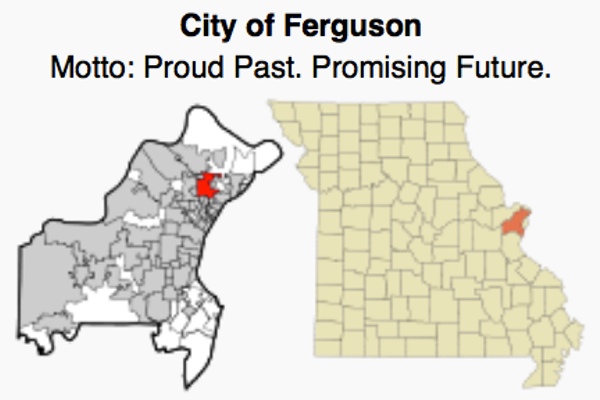 The recent violence in Ferguson, Missouri triggered various associations, some historical, others social, for me. The name of the city and state held significant historical meaning regarding racism in America. First, the state.

In 1807, a Missouri statute held that a person kept in wrongful servitude could sue for their freedom. These freedom-suits became state law in 1824. That year, the Missouri Supreme Court created the legal precedent of, "once free-always free." Thus, if a slave had been taken from a slave state through a free state or territory, upon return to the slave state, they could use this legal strategy to attain their freedom.

Within a few years, this attitude toward attaining freedom hardened. The Dred Scott case decided in 1857, easily could have been judged by this doctrine. Scott, a slave purchased in Missouri, was taken by an Army doctor to a free territory and state and then returned to Missouri as a slave. He initiated a suit for his family's freedom. His case ultimately ended up in the U.S. Supreme Court. Under the guidance of Chief Justice Roger Taney, the Court raised and answered a number of fundamental questions. The first was whether any person of color, free or slave was a citizen. The High Court's response was,"We think they are not, and that they are not included, under the word 'citizens' in the Constitution, and can therefore claim none of the rights and privileges which that instrument provides for and secures to citizens of the United States." Scott's quest for freedom was denied. Within a few years, the country entered the Civil War which lasted from April 1861 through April 1865. At the end of the war, the country passed the Thirteenth, Fourteenth and Fifteen Amendments to the Constitution that affirmed to the former slaves the end of slavery, the equal protection of the law and the right to vote.

Unfortunately, America, led by the nation's highest legal authority, was not prepared to conclude that black citizens should be treated with full equality. This attitude was apparent in the Plessy v. Ferguson case decided in 1896. (This is the connection with the name Ferguson). In this instance, Plessy, supported by a committee of backers, deliberately chose to challenge the segregation of the railroad system in Louisiana. The case has a few ironies. Plessy is described by the court as a citizen of the United States and Louisiana and, "of mixed descent in the proportion of seven eights Caucasian and one eighth African blood."

The Court, after surmising that it had to take into account local customs and the preservation of the public peace and good order concluded, "Gauged by this standard, we cannot say that a law which authorizes or even requires the separation of the two races in public conveyances is unreasonable, or more obnoxious to the Fourteenth Amendment than the acts of Congress requiring separate schools of colored children in the District of Columbia."

The rendering of this decision coincided with the extreme growth of the Jim Crow era which created countless barriers of separation between blacks and whites. This prejudice brought hatred to new heights. In the first half of the 1900's, violence against blacks occurred as a fairly routine phenomenon. Lynching and even the killing of returning World War II veterans, some still in uniform, represented the depths of violence that existed.

Finally, after the Second World War, race-relations turned in a better direction. President Truman made significant decisions that altered our racial beliefs. His desegregation of the armed forces is one example of this new approach. Later High Court decisions, such as the well-known Brown v. Board of Education of Topeka , Kansas which stated that "separate but equal" has no place in the education of our children and ultimately in our country, began to change the attitudes of people. A whole generation of Civil Rights leaders led by Rosa Parks, Dr. Martin Luther King, John Lewis, and countless others, helped us realize the devastating effects of prejudice.

And yet, it's 2014 and we are not where we need to be as a nation. It is well past the time that the issue of racism should still dominate our society. It is time to be finished with racism. I offer this conclusion based on three perspectives. First, as a retired military chaplain. My last tour was as Senior Chaplain in Naval Air Station, Pensacola, Florida. Our department was ultimately responsible for the religious services, education and counseling for thousands of service people and their families. The chaplains and enlisted personnel represented a variety of faiths, ethnic backgrounds, genders, etc. We worked well together as one unit. Our individual differences strengthened our unit cohesion.

My second perspective in calling for the end of racism is historical. Next April (2015) will mark the 150th anniversary of the end of the Civil War. 2015 is also the 150th anniversary of the 13th Amendment, followed by the anniversaries of the 14th and 15th Amendments in 2018 and 2020. I would suggest that the President designate next April and every succeeding one as "Equality Month." Let's devote one event, prayer service or get-together to the ideal of equality. Prejudice will end when enough people believe it to be the case.

Finally, we are all aware of the brutality that extreme groups such as ISIS are advocating. It will be our task to defend our country against individuals and groups who wish our extinction. The more we trust each other and believe in each other, the easier a task this will be. It is time to turn a new page, travel as a country in a new direction. Let's say the Pledge of Allegiance and focus on the final few words, "one nation under God, Indivisible, With Liberty and Justice For All."