by Charles B. Strozier

Charles B. Strozier is a Professor of History at John Jay College and the Graduate Center, The City University of New York, and a practicing psychoanalyst in New York City. He is the author of "Until the Fires Stopped Burning: The World Trade Center Disaster in the Words and Experiences of Survivors and Witnesses" (Columbia University Press, 2011). 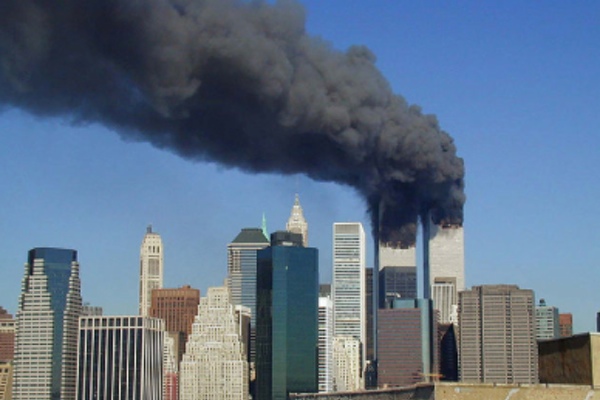 On 9/11 the trauma of the World Trade Center disaster in New York City radiated out in waves of sadness from Ground Zero.  For those survivors in the immediate vicinity of the horror with bodies falling from the sky and then the giant towers collapsing, it was an experience with lasting effects.  Many had their lives defined by it and continue to struggle with survivor meanings, PTSD, and depression.

For those witnesses in Manhattan roughly north of Canal Street, or in west Brooklyn, or south Staten Island, or east New Jersey, the disaster unfolded before their eyes but actual death was not visible.  Most in this zone of sadness were troubled for some time and certainly will never forget their experiences that day, but after a few months life returned to normal.  With exceptions, of course, such witnesses were changed but not scarred forever.

Elsewhere in Manhattan and the New York area, participants watched from a great distance and some didn’t even know what was really happening, though in time people streaming north by foot or across the Brooklyn and other bridges covered in dust brought home the seriousness of the event.  Such participants, however, while seldom seriously affected psychologically, became part of the New York experience of 9/11.  In the next 100 days the fires on the pile continued to burn at Ground Zero.  The stench of death permeated all of New York, lending the disaster echoes of Auschwitz.

But 9/11 was also a global event, because it was the first such terrorist attack broadcast live on television.  At 102 minutes, it was the length of a movie.  No Hollywood producer could have scripted a more compelling story.  These observers, some watching in real time and others coming to television to learn more about the context of the disaster, brought those in Cleveland and LA as much into the story as others in Rome or Shanghai.  Few were entirely immune.

In psychoanalysis we tend to think of trauma as based in profoundly disruptive early experiences that shape one’s adult life.  The sadness is situated vertically in the self.  But trauma also radiates out horizontally in immediate historical experience.  The crucial issue is where one stands in relation to the death.  If death is immediate and visceral, survivors struggle to escape its meanings.  In other zones of sadness, however, the psychological experience of a disaster diminishes roughly in proportion to the distance from the event.

There are important exceptions to these generalizations about the geography of sadness.  Some traumatized from early experience were retraumatized by 9/11, no matter where they were in relation to the actual event.  In my extensive interviews for my book on 9/11 and in my psychoanalytic practice in Greenwich Village, I often encountered people deeply troubled by the disaster but without direct experience of it.  Zones of sadness, in other words, are as much psychological spaces in the self as lines in the sand.

Discrimination about the geographical unfolding of sadness on 9/11 helps us understand its impact and meaning.  This knowledge translates as well into our deeper understanding of events such as wars and genocides, to natural disasters such as Katrina, or catastrophes such as Fukushima Daichi.  The psychological and historical are complementary perspectives.