Liberals Need to Take Back the Idea of American Exceptionalism.

Harvey J. Kaye is professor of democracy and justice studies at the University of Wisconsin-Green Bay and the author of the new book “The Fight for the Four Freedoms: What Made FDR and the Greatest Generation Truly Great” (Simon & Schuster). Follow him on Twitter: @harveyjkaye. This article was first published on Our Future. 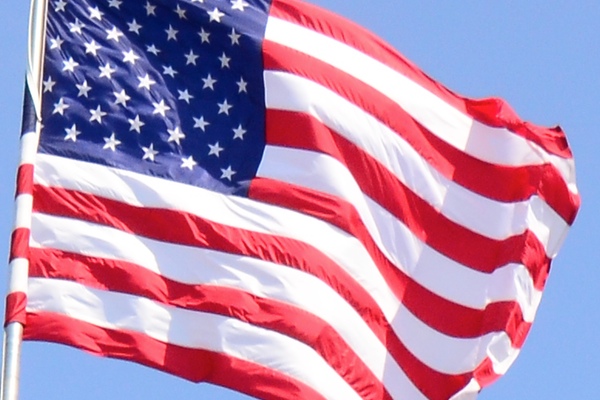 The Wisconsin Public Radio/National Public Radio show To the Best of Our Knowledge regularly asks writers if they have a “Dangerous Idea” that they would like to talk about (unscripted). My Dangerous Idea was American exceptionalism.

I did not speak on the dangers of the right-wing rendition of American exceptionalism, but rather on the original idea of American exceptionalism, which is dangerous because it demands progressive action and struggle to realize. I spoke for several minutes. The producers then edited it down to three minutes. You can listen to my argument here. The following text is a slightly edited version of what I had to say: 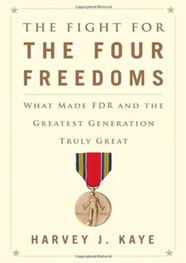 But you know what? For more than 200 years, American exceptionalism was a radical idea. It was an idea of liberals and progressives. It was an idea that didn’t say “we are superior” – that we have all the answers. No, it was an idea about what America could be, should be and, if we act on it, would be.

Think back to the words of someone like Thomas Paine – “We have it in our power to begin the world over again” – and to his call for the creation of an unprecedented democratic republic. Think about the Founders and the writing of the U.S. Constitution. We hear about the Constitution’s conservatism. And yet those first words, “We the People.” Those are radical words. Those kinds of words provided American life with democratic imperative. They embedded a democratic impulse in American life.

And then think about the generations of Americans empowered by that argument, that vision, that promise: the Freethinkers, the Abolitionists, the women’s rights advocates, the labor unionists, the civil rights campaigners. Those folks believed in American exceptionalism and they used that belief – which they knew they shared with their fellow citizens – to challenge their fellow citizens to make America freer, more equal and more democratic.

But even sadder than that – because we’ve always heard conservatives argue that kind of thing – is that, at best, we are told we have to defend what exists, not advance what exists.

We need to remember that American exceptionalism [as Thomas Paine, Walt Whitman, Herman Melville, Eugene Debs, Franklin and Eleanor Roosevelt, and Martin Luther King saw it] is a challenge to enhance freedom, equality and democracy. Indeed, the danger is that if we forget that dangerous idea, we will cease to be Americans.

So, we progressives should redeem it.