Mark R. Cheathem is Associate Professor of History at Cumberland University. He is the author of Andrew Jackson, Southerner and blogs at http://jacksonianamerica.com/blog/. 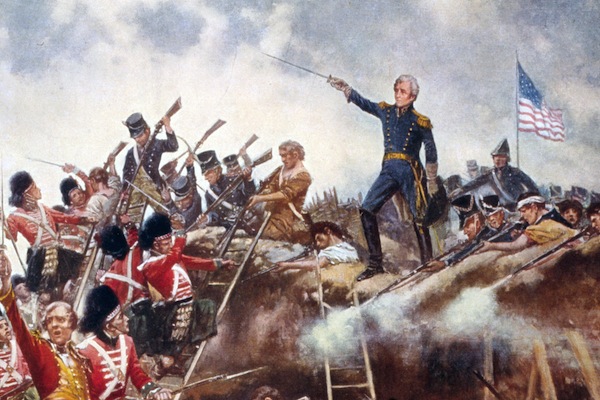 “The Majesty of the People had disappeared,” Washington, D.C., gossip Margaret Bayard Smith wrote disapprovingly, replaced by “a rabble, a mob, of boys, negros, women, children, scrambling, fighting, romping.” Smith was not describing a riot in the nation’s capital but the inaugural festivities of President Andrew Jackson in March 1829. What else would one expect of the common man’s president, an uneducated western frontiersman who only escaped his supporters’ enthusiasm on Inaugural Day by crawling out of a window?

That image of Jackson, which continues to resonate in American culture, needs refining. By the time he became president, Jackson was hardly the country bumpkin that his critics believed him to be. Instead, he was a wealthy southern planter who owned nearly 100 slaves who lived on a large estate called the Hermitage just outside of Nashville, Tennessee, where Jackson also housed a stable of racehorses. In today’s terms, he would have been a multimillionaire candidate entering the White House.

The traditional narrative of Jackson’s life -- a commoner who worked hard to lift himself into the presidency -- is hardly a new one. Ever since his victory in 1828, presidential campaigns have employed this trope as a signal that their candidate understands the average American. One need only look at a few examples to see that this tactic has been used by the presidents whom Americans consider their greatest (the rail-splitting, self-taught lawyer Abraham Lincoln), as well as those in recent decades (the simple Georgia peanut farmer Jimmy Carter and Texas everyman George W. Bush). Even Barack Obama can rightly claim to have overcome the challenges faced as the child in a single-parent household. Americans want to believe that their presidents comprehend the struggles that they face, that their backgrounds assure their understanding of a democratic society in which every voice matters.

The reality, of course, is that each of the above-named men possessed advantages that enabled them to win the presidency. Lincoln was a successful lawyer working railroad contracts when he ran in 1860. According to his biographer, David H. Donald, Lincoln hated physical labor. Carter’s background as peanut farmer called up images of him walking onto the campaign trail having just finished working in a straw hat in the hot Georgia sun; in actuality, Carter had turned his father’s farm into a profitable corporation. Both Bush and Obama were products of Ivy League institutions, with Bush having the added advantage of a grandfather who served in the U.S. Senate and a father who served as U.S. president. All of these men also had business, political, and social networks that allowed them the opportunity to vie for the presidency. In other words, none of them were self-made men.

The same was true of Andrew Jackson, whose ascension to elite status began long before he reached the presidency. During the years prior to his move to Tennessee, he was exposed to various examples of southern gentlemen. Jackson grew up in an area along the North Carolina-South Carolina border called the Waxhaws. While his immediate family was not well-off, members of Jackson’s extended family living in the area owned significant land acreage and several slaves. Both gave them social status in the community. When Jackson moved to Charleston as a teenager, he witnessed the lives of southern gentlemen in an urban setting. As a port city, Charleston served as a center of news, commerce, and trade; during his time there, Jackson could not help but see the importance of social networking and slavery in creating a gentry lifestyle. His decision to read law indicated his realization that the legal profession carried with it a mark of success. During his time as a law student in North Carolina, Jackson also became more aware of the centrality of kinship networks to social advancement. His peers were young men connected, by blood or friendship, to some of the wealthiest and most important state leaders. Indeed, it was a member of Jackson’s own network who gave him the appointment that brought him to Middle Tennessee.

Jackson was already regarded as an elite gentleman before he stepped foot in the Nashville settlement, however. His elevated status is clear for two reasons. First, he purchased his first slave, a woman by the name of Nancy, during a months-long stay in the East Tennessee town of Jonesboro. Jackson’s lack of a permanent residence suggests that Nancy’s purchase was not for utilitarian purposes but to indicate a lifestyle of prosperity. Second, Jackson engaged in a duel with an older, prominent attorney, Waightstill Avery. Their dispute centered on a court case, which led Jackson to challenge his courtroom opponent to a deadlier contest. The duel did not result in injury for either party, but it still proved important for the messages that it sent about Jackson. In southern culture, only elite white men could participate in duels. That Jackson felt secure enough in his social position to issue the challenge, and that Avery answered his challenge, indicated Jackson’s own sense of standing and the community’s recognition of his rank.

Jackson’s entrée into elite southern society is often traced to his marriage into the Donelson family, whose patriarch had been one of Nashville’s co-founders. In reality, Jackson was already part of the gentry class, but his decision to marry Rachel Donelson Robards furthered his advancement. The Donelson kinship network gave Jackson access to businessmen and politicians who helped him become a land speculator, a U.S. congressman, judge, and militia general. He used the financial advantages that accrued to him to begin establishing the agricultural enterprise that culminated in his Hermitage plantation.

Jackson’s military career only solidified and enhanced his social status. His generalship helped push Native American tribes off of millions of acres of land in the South and defeat the mighty British army at New Orleans. But as important as those exploits were to his political career, the war brought other benefits. His kinship network expanded to include members of the military who served with him, soldiers such as John Eaton and William B. Lewis. These men were well-connected in their own right and provided their military superior with access to money and influence that would have escaped him otherwise. The land that Jackson and his men seized from Indians, both during and after the war, also proved a source of profitability. Jackson speculated in Alabama and Florida lands, buying cheap and, in the case of Alabama, establishing farms to supplement the revenue generate at his main landholdings in Middle Tennessee.

The Jackson that Margaret Bayard Smith and other Washingtonians decried in 1829 existed merely as a symbol. Old Hickory was not as refined as the Adamses who served as chief executive, nor as aristocratic as the Virginia presidents. But neither was he the vulgar leader of “raving Democracy” that inaugurated the “reign of KING MOB,” as contemporaries observed. Andrew Jackson was a man who had taken advantage of hard work, networking, and a little bit of luck to become a successful member of elite southern society. While he embraced his symbolism as the champion of the common man, Jackson also lived the life of a southern gentleman until his death in June 1845. Ignoring that southern identity misses the complexity of the president with whom the flourishing of American democracy has been most closely associated.