The True Value of Columbus's Voyages

Joyce Appleby is professor emerita of UCLA and the author of Shores of Knowledge: New World Discoveries and the Scientific Imagination which W.W. Norton is publishing Columbus Day, 2013. 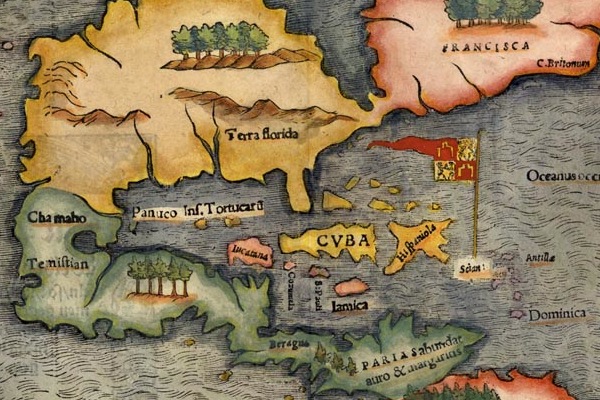 Historians love to find missing chapters from the past, and I think I’ve found one. When Christopher Columbus sailed west to reach the East Indies, he left a Europe where curiosity was held in low esteem. But his return, loaded down the exotic people, plants, and animals from the Caribbean changed all that.

The Catholic Church proscribed curiosity. Churches fathers called it “lust of the eye” and the reason for Eve’s downfall. They were particularly censorious of inquisitiveness about natural phenomena like eclipse or comets. Augustine unequivocally declared that “it is not necessary to probe into the nature of things, as was done by the Greeks.” “Nor need we be in alarm,” he elaborated “lest the Christian should be ignorant of the force and number of the elements... the nature of animals, plants, stones, fountains, rivers, mountains ... and a thousand other things which those philosophers either have found out or think they have found out.”

Columbus was not animated by curiosity, nor did he ever give up his conviction that he had found the East Indies, but others perceived it was a New World. Coming to terms with this fact liberated Europe’s investigative spirit from official opprobrium. Over the next two centuries robust questioning about nature turned an inward society outward.

In 1493, Columbus had returned to Hispaniola with 1,200 men in seventeen vessels loaded to the gunwales with plants and animals that he had failed to see in his first survey of the Caribbean islands. By carrying flora and fauna from the New World to the Old and the Old to the New, Columbus began what Alfred Crosby has called the Columbian Exchange. Tragically, the exchange included European germs which triggered an unintentional holocaust when the newcomers’ diseases felled millions of the indigenous peoples.

Columbus, Amerigo Vespucci, Hernan Cortez, and a score of others wrote about their explorations. A succession of prominent publishers circulated these firsthand accounts of the New World just as printed books were getting cheap enough for many people to own. More than one hundred books on the New World were in printed by 1525, feeding readers' imagination.

The discovery of the New World upended the entire intellectual tradition of its discoverers. Aristotle had said there was no life at the Equator. Others had predicted that sea months would swallow any vessels crossing the Atlantic. More troubling, no llamas, pumas, or bison had boarded Noah’s Ark. These challenges to Christian orthodoxy had to be answered, entangling church officials and their critics in two centuries of disputes.

A new passion for collecting sped up the Columbian Exchange. Kings, nobles, and wealthy merchants searched the globe for objects to embellish their cabinets of curiosity. Travelers began planning their European itineraries around visits to famous collections where they could see wondrous displays of butterflies, fossils, Indian headdresses, and toucan beaks.

A more intellectually driven kind of collecting followed the curiosity cabinets as those who became known as naturalists organized botanical specimens and zoos to examine more carefully nature’s variety. Medicinal gardens expanded to include new species; amateur botanists scoured the countryside for plant life to study. The unfamiliar made the familiar more interesting.

Bringing natural objects together invited comparisons. Was the llama a camel, the cougar a lion? It looked like one, but why did it purr like a cat instead of roaring like a lion? As European began to compare New World flora and fauna with their lookalikes at home, they devised categories to assist in determining the critical distinctions which invited more questions and study.

Knowing Latin no longer acted as a bar to scientific work, opening wide the doors to amateurs. The scattered experiments of naturalists found a theorist and propagandist in Francis Bacon. Taking aim at Aristotle who still exercised a powerful influence, Bacon explained with great clarity the difference between deducing truths from principles and building up facts from careful observation and repeated experiments.

For Bacon the new empiricism held out hope of reforming manners as well as perceptions. Discussions about nature would lead to the creation of facts, a narrow legal term pressed into service to denote discrete bits of information. Building a structure of facts was not like the arid arguments arising from differences of opinion, Bacon said, because nature fights back. If you opined that frozen objects could be melted by the sound of lively music, you could learn forthwith that this was not true.

Bacon predicted that the cumulative advances in the growth of knowledge about nature would permit his contemporaries to throw off the idea that their world had degenerated from a golden era which both classical and Christian traditions taught.

“Distant voyages and travels have brought to light many things in nature,” Bacon reflected, “which may throw fresh light on human philosophy and science and correct by experience the opinions and conjectures of the ancients." A century later, Adam Smith called the discovery of America one of the two greatest events in history. After studying natural phenomena became a dominant cultural trait, Europeans forgot that questioning eyes had once been verboten. Columbus’s voyages unchained curiosity, and that fascinating chapter in European history should be remembered.