How Many Presidents Have Lied About Their Medical History?

Rick Shenkman is the publisher of the History News Network and the author of Political Animals:  How Our Stone-Age Brain Gets in the Way of Smart Politics (Basic Books, January 2016). You can follow him on Twitter. He blogs at stoneagebrain. A version of this article first appeared in 2002.

Remember when Dr. Harold Bornstein, Donald Trump's eccentric long-haired physician, released a letter predicting that Trump would be the healthiest individual ever elected president?  CNN reported this week that Bornstein didn't write it.  Trump did. Another Trump deception?  It looks that way. But in this one regard Trump has plenty of company.  Presidents have told more lies about their health than any other subject.

Until 1881 the medical condition of American presidents was considered an unfit subject for the public press. Thus, in 1824 the public was not informed of the serious stroke suffered by presidential candidate William Crawford, though the stroke had left Crawford nearly incapacitated. Because presidents were not asked questions about their health, they did not feel compelled to lie about it.

All that changed in 1881 when a gunman fired at President James Garfield at Union Station in Washington, D.C. as Garfield was leaving for a summer trip to New Jersey. Public attention was riveted on the White House, while Garfield fought for his life.

For three long months Garfield hung on and as he did the nation became accustomed to daily bulletins about his medical condition. Alexander Graham Bell visited to try to locate the bullet through the use of a machine he'd invented. The newspapers published an illustration showing the president laying half-naked on a table, Bell hovering over him. Newspaper sales soared. Never again would presidents be safe from the intruding questions of busy-body reporters.

Presidents Whose Medical History Was Concealed 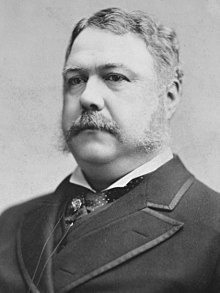 Chester Arthur succeeded James Garfield as president in the fall of 1881. He became the first president to lie about his health. Within a year he began feeling ill. A doctor diagnosed him with Bright's disease, a kidney disorder. His last two years he was frequently confined to bed. To ease his pain he took trips to warm climates. On one trip to Florida he nearly died. When he was asked by reporters about his health he insisted he was in tiptop shape. 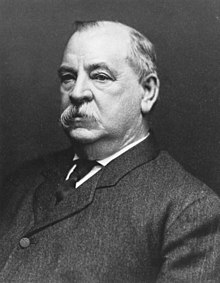 Grover Cleveland, as his second term began, complained that the inside of his mouth felt odd. A doctor discovered he had cancer. Over the July 4th holiday Cleveland underwent an operation to remove the upper part of his jaw. Overweight and ill, he was operated on in secret aboard a yacht off the New York coastline. His doctors worried their overweight patient could die. A rubber plate was inserted in his jaw to replace the cancerous bone that had been removed. Cleveland recovered that summer at his vacation home near Cape Cod. When reporters asked about his medical condition, he sent out an official to lie.

Woodrow Wilson suffered two strokes in the 1890s, more than a decade before he became president. He never revealed this to the public. Toward the end of his second term he was incapacitated by a series of strokes suffered while he was undertaking a national campaign on behalf of the passage of the Treaty of Versailles, which he had personally negotiated during an extended stay in Europe. Wilson was confined to bed for most of the rest of his term. His wife reportedly ran the government in his absence. When questions were raised about his health, she insisted he was conducting affairs as always. 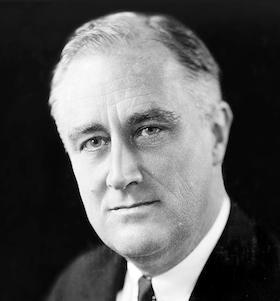 Franklin Delano Roosevelt revealed that he had suffered polio in the 1920s but never let the public know that he had failed to fully recover. To maintain the fiction that he had the use of his legs, photographers were forbidden to take his picture while he was getting in and out of automobiles. Rumors swirled around him in 1944 that he was unfit to serve a fourth term. To demonstrate his vigor in the campaign, he subjected himself to a tour of New York in an open car during a driving rain storm. He died in April 1945, shortly after being sworn in as president. 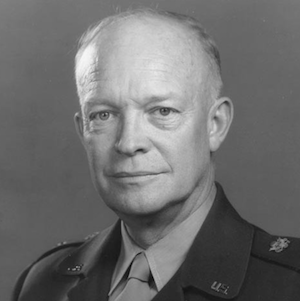 In 1949 Dwight Eisenhower complained of serious chest pain and was confined to a hospital bed in Florida for more than a month. Historians now believe he had suffered his first heart attack. Shortly after he took office as president he again suffered serious chest pains. His press secretary told the press that he had eaten something that disagreed with him. In fact, in all likelihood he had suffered a second heart attack. In 1955 he was on vacation in Denver when he suffered yet another heart attack. His doctor initially told the press that Ike had "digestive upset." Only after it was obvious that the president had suffered massive cardiac arrest was the truth revealed. 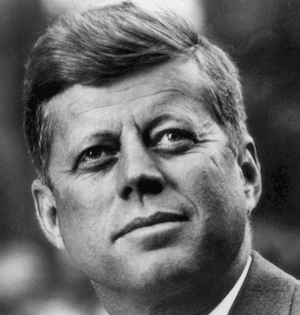 Though our youngest elected president, John Kennedy only appeared to be in perfect medical health.  He actually suffered from multiple ailments including Addison's disease.  Lyndon Johnson, his rival for the Democratic Party nomination in 1960, leaked to the media that JFK had Addison's, an often fatal disorder of the adrenal glands, but Kennedy's staff denied it.  By the 1970s it was well known that Kennedy had in fact been gravely ill during his presidency.  In 2002 historian Robert Dallek confirmed the rumors in a landmark biography.

At age 69 Ronald Reagan was the oldest elected president (until Donald Trump) and suffered the maladies common to older men. But his aides had little reason to buff up the horseback riding president's health history until the day in March 1981 when he was shot.  Though they assured the public in the hours afterward that Reagan was making a full recovery, they failed to disclose how close he came to dying, according to biographer Edmund Morris, who noted that Reagan had lost a shocking amount of blood.

I remember reading somewhere that the reason Grover Cleveland's
cancer was kept secret until after surgery was because His Vice-President Adlai E. Stevenson,the Grandfather of Eisenhower's opponent, supported the free coinage of silver,a hot button issue in the Victorian era,and that Cleveland feared that the
contemplation of a Stevenson presidency would cause the stock market to crash.Can anyone verify this?
By Earl Williams

The same amount of evidence used to prove Bill raped Broderrick. Of course he did, and when you have as much information as exists there, you don't need a smoking gun. Neither was there semen to prove Kennedy Smith raped that woman in Palm Beach but if you believe he didn't and the woman was just out for money and the poor little Kennedy medical student was as innocent as a cadaver in pathology class, you are living in a world of Naivete most of us would do well to live in-less STRESS to be sure.
As for W, it does't take a rocket scientist to know he mended his youthful ways through religion--the religion of the south. He was another kid of privilege who sought out things a little more real than being the son of a Bush(repeat that three times fast). Things could sure be worse, but to think that the man is so awful on that basis is to live in a dreamworld. Any President can be as awful or as good as he wants, providing he uses his power wisely and in moderation.

I have a feeling that this same amount of circumstantial evidence could be mustered to "prove" that the Clinton's had Vince Foster killed, or that Bill raped Juanita Broderick. I don't believ either of those claims, but if we're rallying 'round the hearsay, then let's address every absurd charge against every President or politician that's ever sat in office.

1. He deserted from the National Guard rather than take a drug test.

2. Three people told a writer that W had been arrested for cocaine possession, and that his father used his influence to have the charges dropped and the record expunged. Yes, the sources were anonymous, but that seems to have been a smart move. The author "committed suicide" just hours after making plans for the coming week.

5. He doesn't dispute that he performed community service at the Martin Luther King Jr. Community Center in Houston, but refuses to say what the crime was.

6. Even Rush Limbaugh wouldn't pretend that W didn't use drugs. The man who vilified Clinton for admitting to marijuana use defended W, saying he was just sowing his wild oats.

Smoking gun? No. But any attorney who practices criminal law will tell you that if you have enough evidence, you don't need it.

A)I'm not implying anything about Mr. Clinton's health, merely that he refused to release his medical history.
B)I'd love to see the proof of W.'s "cocaine abuse" shown here, since no one has been able to prove it anywhere else to date.

Thank you very much. Sometimes, it seems as though right-wing Republicans aren't much interested in RR's medical problems...symptoms of which seem similar to those of a certain Republican of more recent vintage. Doesn't alcoholism and long-term cocaine abuse cause problems in the cranial area?

Also missing are Ronald Reagan, George H. W. Bush, and Shrub. Let's toss in Harry Turman and Richard Nixon as well. If you don't like Bill Clinton , then say it and explain why you think his not releasing his medical records is significant. Are you imply, as I suspect, that he had had venereal disease? Don't be cowardly and use innuendo. Have the guts to say what you mean.

Bell, it seems, was unable to locate the bullet because Garfield lay in an wrought iron bed and so the metal detector couldn't distinguish the bullet from the iron in the frame.


Doesn't anyone over at HNN remember that Mr. Clinton didn't reveal his medical records, well, ever?