Blogs > Steve Hochstadt > The All-American Fallacies that Threaten Our Survival

The All-American Fallacies that Threaten Our Survival 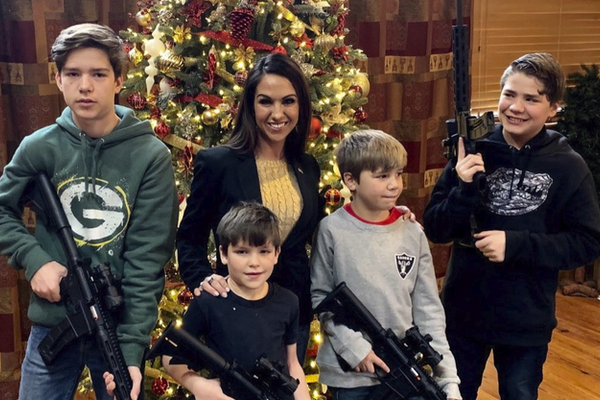 The Republican Party is being taken over by an extremist fringe.

Among Republicans, the Party’s extremist fringe is not represented by Matt Gaetz, Paul Gosar, or Marjorie Taylor Greene. They are Republican heroes. The Republican fringe is Liz Cheney and Adam Kinzinger, the only Republicans willing to investigate the January 6 insurrection. The Republican fringe is the minority of 64 Representatives who voted, just after that mob had been dispersed, to accept the 2020 presidential election results in Pennsylvania, as against the 138 who objected to accepting the November results. Only 2 of the Republican Representatives who had announced that they would object changed their minds after the pro-Trump mob stormed the Capitol.

Conservatives are concerned about a liberal “war on Christmas.”

Traditional American Christmas is well represented by two postwar Hollywood movies, “It’s a Wonderful Life” (1946) and “Miracle on 34th Street” (1947). These iconic films portray a Christmas of secular generosity, love of neighbors, and belief in the goodness of humanity, redeeming harsh capitalism through love and kindness. Today’s American conservatives reject these virtues as typical liberal weaknesses, which they label socialism. Although they complain about a war on Christmas, the phrase has no meaning for them, because, as the Christmas cards of Reps. Thomas Massie and Lauren Boebert demonstrate, Christmas is politics and politics is war.

Race is just one of the issues that motivate conservative unhappiness with American life.

Racial fear is the overriding source of conservative hatred for liberals. Long before Barack Obama embodied the danger of Black power, conservatives chafed at the political correction of racist language. The fight against traditional American white supremacy always required government intervention. When presidential candidate Ronald Reagan said, “I believe in states’ rights,” at the Neshoba County Fair in 1980, and asserted that government was the problem, not the solution, he offered the latent supremacist beliefs of white Americans, especially in southern and rural communities, a political home, where their traditional discriminatory prejudices would be respected and encouraged. Trump rose to political prominence because white racists thrilled at his dishonest attacks on Obama. Now nearly half of Republican voters say that Trump was an even greater President than Reagan. Trump’s open racism is one of his greatest attractions.

There is a partisan battle about how to tell American history.

Historians of the American past have never offered a more accurate and truthful historical narrative than they do now. Conservatives do not want to debate history – they want to substitute the discredited myths that made white people feel good for real history. Concern for how white children might feel about themselves, their families, and America is behind the racial focus on critical race theory and the 1619 project. In his final year in office, Trump charged that American education is “left-wing indoctrination” which led to the widespread urban protests against racism. His 1776 Commission was designed to promote teaching about the “miracle of American history,” not the history itself. The Commission is dead, but Republican politicians across America are legislating patriotic stories into public school curricula.

America is the land of the free and the home of the brave.

Americans of color were never free and the Americans who violently, often murderously persecuted them were never brave. Now that certain elements of American government are working to realize that anthemic promise, millions of Americans are arming themselves against their elected government. Freedom for many, maybe most white Americans has always meant freedom to dominate and exploit other Americans, and to use force to destroy the brave Americans who opposed them. Conservatives are amassing an unprecedented arsenal to assure the survival of traditional white power.

As Joe Biden said in his inaugural address, “We have never, ever failed in America when we have acted together.”

Thus far, Americans have failed miserably at the ultimate task of surviving today’s two greatest natural disasters, climate change and COVID. We show no sign of acting together in either case. COVID has both revealed the depth of our national delusions and exacerbated them. The fallacies of American political thinking are killing Americans now and threatening our futures.