Obama's Reputation With Scholars and the Public Likely to Rise 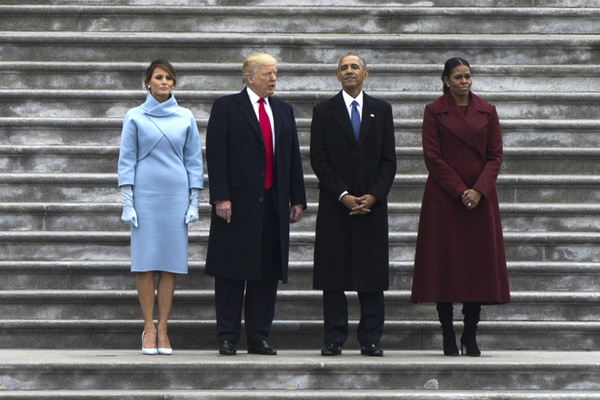 After President Barack Obama left office in 2017, several groups of historians, political scientists, and journalists evaluated how he should be judged in the study of presidential leadership. I published an article on History News Network in February 2019 [https://historynewsnetwork.org/article/171261] regarding these evaluations. Now in 2021, the aftermath of Donald Trump’s administration will prompt new evaluations, which are likely to benefit the reputation of the 44th president, particularly after having George W. Bush before him and Donald Trump after him in the Oval Office.

The CSPAN Survey included ten “individual leadership characteristics.” Barack Obama started off his post presidency ranking 12th overall on the list of 43 presidents, a very impressive beginning. When analyzed more closely, it turned out that Obama had final scores only 15 points lower than Woodrow Wilson; 18 points lower than Lyndon B. Johnson; and 23 points lower than Ronald Reagan.  Obama was 3rd in “Pursuing Equal Justice For All”; 7th in “Moral Authority”; 8th in “Economic Management”; 10th in “Public Persuasion”; 12th in “Vision/Setting Agenda”; 15th in two categories: “Crisis Leadership and Performance Within Context Of Time”; and 19th in “Administrative Skills.”

In only two categories was Obama judged outside the top 20 of 43 presidents; he was rated 24th in “International Relations” but glaringly was 39th in “Relations With Congress.”  The fact that Obama had only two years of a majority Democratic Congress effectively undermined his performance, as Speakers of the House John Boehner and Paul Ryan and Senate Majority Leader Mitch McConnell rejected cooperation with Obama, forcing the president to govern by executive order on many matters.  Obama, however, enjoyed Democratic control of both houses of Congress from 2009-2011.  These two years have been judged as the most productive since the 89th Congress under President Lyndon B. Johnson (1965-1967).

As time passes, it seems reasonable to conclude that the harsh evaluation of Obama on congressional relations might improve. Had it been judged less severely in 2017, he would have ended up scoring higher than Woodrow Wilson, who has been in decline in historical evaluations in the past generation. This could happen by the next CSPAN survey, which would move Obama up to at least 11th from 12th in CSPAN’s rankings.  But since neither Lyndon Johnson nor Ronald Reagan are not far ahead of Obama in total points, Obama might end up ahead of either or both of them. If so, he could rise to as high as 9th in future CSPAN polls.  In any scenario, Obama’s ranking is likely to improve in the future.

In the American Political Science Association’s 2018 poll, which included Donald Trump after one year in office, experts in presidential politics were invited to participate, but with no specific list of leadership characteristics.  In this survey, Obama ended up in 8th place, above Reagan, Johnson, and Wilson, a possible forecast of the future in new scholarly rankings.  When participants were asked to self identify their party and ideology, Obama was ranked 6th by Democrats and liberals, 11th by moderates, 12th by independents, 16th by Republicans, and 22nd by conservatives.  So even Republicans and conservatives rated him higher than might have been expected.  Additionally, when asked who should be the next president on Mount Rushmore, Franklin D. Roosevelt won a landslide with 65.9 percent of the scholars’ votes, but second was Barack Obama with 7.3 percent.

Obama’s ratings in the Siena poll in three of the four remaining areas were 23rd in “Willing To Take Risks” and “Party Leadership” and 24th in “Background (Family, Education, Experience)”.  The one category where Obama was rated lowest, at 31st, was “Relationship with Congress.” Without that low ranking, Obama would rank substantially higher than some of the presidents above him.

Obama’s high approval among younger generations makes it more likely that he will rise in future evaluations to a higher position.  A reassessment of Obama and his relations with Congress seems likely to be a major center of focus for scholars. With the opening of the Barack Obama Presidential Center and Museum in Chicago coming in the next few years, extensive research and analysis of the presidency of Obama will become an area of emphasis in presidential history and political science.