“So Help Me God”: A George Washington Myth that Should Be Discarded

Mr. Henriques is Professor of History, Emeritus, at George Mason University and author of Realistic Visionary: A Portrait of George Washington. 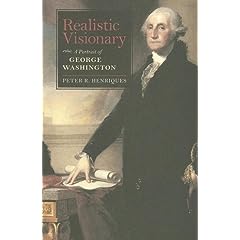 One of the most widely held myths about George Washington is that immediately after he took the prescribed oath to become the nation’s first President, he solemnly added the words, “So help me God” and thus began a tradition that has been followed ever since.  Unfortunately, this myth, accepted by such fine historians as David McCullough and Kenneth C. Davis, is given further credence in a video released by The Joint Congressional Committee on Inaugural Ceremonies maintained by the Senate Rules Committee. Entitled 'So Help Me God,' it shows president after president uttering the words and authoritatively declares that George Washington first used the phrase. In fact, an examination of the historical evidence demonstrates that such a claim is almost certainly false.

There is absolutely no extant contemporary evidence that President Washington altered the language of the oath as laid down in Article 2, Section 1 of the Constitution: “I do solemnly swear (or affirm) that I will faithfully execute the office of President of the United States, and will to the best of my Ability, preserve, protect and defend the Constitution of the United States.” A long letter by the French foreign minister Comte de Moustier, who attended the ceremony, repeated the oath verbatim and did not include the additional words.  Apparently, it was not until 65 years after the event that the story that Washington added this phrase first appeared in a published volume. In his book, The Republican Court, Rufus Griswold cited a childhood memory of Washington Irving as his source. It took another 27 years before the first clearly documented case of a President adding the words, “So help me God,” was recorded — when Chester A. Arthur took the oath in 1881.

Moreover, it would have been completely out of character for George Washington to have tampered with the constitutional text in this way. He presided over the Constitutional Convention held in Philadelphia in the summer of 1787, and he took the Constitution produced there very seriously. He was, in many ways, a Constitutional literalist. Would such a man, during the very act of becoming the nation’s first President, alter an oath that had been decided upon and written into the nation’s fundamental charter? It is far more likely that his political philosophy, and not his religious beliefs, shaped his actions in this incident.

Proponents of the myth contend that Washington had expressed no personal objection to saying “So help me God” and had routinely taken such oaths during the colonial era. Perhaps, they contend, he simply added it as an afterthought or because he was caught up in the solemnity and reverence of the moment.  While at first glance this is plausible, it seems certain that any such modification of the oath would have created comment at the time that would have survived in the historical record.

The reason for this assertion is at exactly the same time as these inaugural events were unfolding, the first Congress was debating what oath the new members of the new federal government should take so as to comply with the Constitution. Article Six called for an oath but specifically added, “No religious test shall ever be required as a qualification to any office or public trust under the United States.” Early arrivals to the House of Representatives had taken an oath that included the words, “So help me God.” But, following the lead of a committee led by James Madison, legislators passed a new oath act on April 27, 1789 — just three days before Washington’s inauguration —   that excluded the words “So help me God.”  The Senate, after adding unrelated amendments, passed the bill on May 5, 1789. Would the Senate have passed an oath bill without the words, “So help me God,” only five days after the great hero of the American people “solemnly” and “with fervor” added them to his own oath? And do so without any contemporary comment surviving?

Taken together, the complete lack of contemporary evidence, George Washington’s political philosophy of strictly following the Constitution and the concurrent debate over the proper wording of oaths under the new Constitution make it virtually certain that George Washington did not add the words “So help me God” to his inaugural oath.

Does it make any difference whether he added the words or not?  Beyond a historian’s desire to reconstruct the past as accurately as possible, I think the story has pertinence to our current debate over the proper relationship between the national government and religion. Joseph Story in his Commentaries on the Constitution, first published in 1833, explained why the clause banning religious test oaths was included. Its main object, he wrote, was “to cut off forever every pretence of any alliance between church and state in the national government. The framers of the constitution were fully sensible of the dangers from this source.”

The issue in this case is not whether the founding fathers were religious. Many were. George Washington kissed the Bible on which he took his oath, and he and other government officials immediately attended religious services at Saint Paul’s church following his inaugural address. The issue that concerned them was what role the national government should play in religion. James Madison made the view of most of the founders clear during the ratification debate in Virginia. “There is not a shadow of right in the general government to intermeddle with religion. Its least interference with it would be a most flagrant violation.”

As an agnostic, I am not convinced with Mr. Henriques' argument. He only speculates. Many historians and eyewitnesses of the time that were present of Washington's inaugaration have claimed he spoke the words, "So help me God." What is wrong with this? Nothing. What is so hard to believe about this? Nothing. "God" simply means a higher power to many of the worlds religions to include Christianity, Judaism and Islam...what is wrong with this? Nothing. I simply am not convinced that just because the 1st President of our country spoke these words that this means there is a clear relationship between the U.S. government and religion.

Such myths as this with Washington are used constantly by those who wish to make us into a theocracy by remaking the past that never quite was. [They have more in common with the Puritans like Cotton and Increase Mather than the likes of Jefferson and Washington.

Freemasonry was in many ways more important than any church concerning our historical past. You can certainly see it in many aspects of the earlier eras of the USA. That doesn't bother me at all. Curious since the more strident Christians have had a love/hate relationship with them. Mostly hatred of them.

Vernon My tongue was in my cheek. You really do not have to defend the craft to me.

Plot? You give too much credit to the Masonic order, it has never been an organization whose intent was to become a political force, and it's intent has never been to promulgate any particular religious persuasion. Plot? The only plot involved is a belief in God and the brotherhood of man. The former is standard in most civilizations and the latter is a wish in most civilizations. Basically, the Masons seek men of similar character to meet in the spirit of brotherhood, despite your silly comment there are no plots to take over or control anything. Don't say it's a secretive organization as you can find all of it's "secrets" in libraries and on the Internet. You would do better to concern yourself with the major religions, who with the exception of a belief in God, intrude into every aspect of our culture. The very few Masons in the world do not compare to, for example, the billion of adherents of Islam, and they, the Masons, mean no harm and wish no harm on any person, it's not the Ku Klux Klan. Your interpretation of Masonic influence on the building of the Capitol is mere froth, it's as diaphanous as historians interpretation of the reasons for the ancient builders of Stonehenge.

Washington was a very active freemason, and was the charter master of Alexandria Lodge 22.(1788). He also saw to it that the U.S. Capital was masonicly laid. He requested and was given a Masonic funeral The phrase would not have been out of character.

I loved that book, but unfortunately it also contends that Bartolome de las Casas was a proponent of African slavery, with although which he admittedly amd briefly flirted, he later regretted once he “found out… that the Negroes’ captivity was as unjust as the Indians’,” saying that “it was not certain that his ignorance and good intention in this would excuse him before the divine judgement.” George Sanderlin, translator and editor, Bartolomé de las Casas: A selection of His Writings. (New York: Knopf, 1971): 101.

This episode does help students, however, in you larger purpose: question texts and accept that history is a debate, not a base of facts that can be manipulated.

Thank you for that book.

Washington Irving is also the main source for the myth that C. Columbus proved the earth round. In 1491, everyone knew it to be round; my "poster book," LIES MY TEACHER TOLD ME ABOUT C.C., includes a photo of a globe of the earth, made in Europe in 1492, and Chris didn't get back until 1493. Sailors can literally SEE the roundness of the earth as a ship disappears OVER the horizon, hull first. But Irving thought the fable of Chris facing down a mutinous crew, afraid of falling off the flat world, was a marvelous story, so he put it in his bio. of CC, which sold well and stayed in print throughout the nineteenth century.