Is the Recovery Act Driving Inflation? 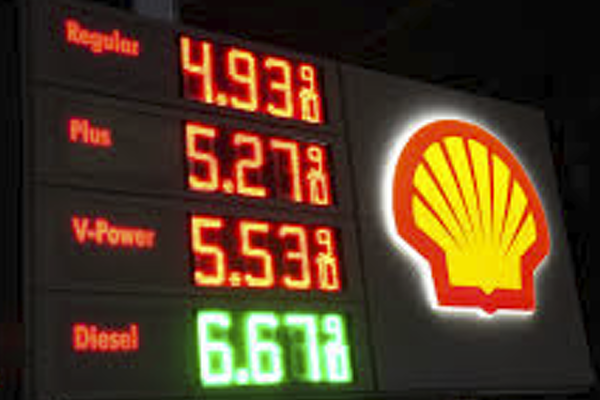 Pundits and politicians are identifying President Joe Biden’s $1.9 trillion American Rescue Plan as the main cause of high inflation. The Biden administration’s spending program affected prices, but other factors, especially problems related to the coronavirus, lockdowns in China, and the war in Ukraine, had a much greater impact. It is difficult to recognize the importance of those factors when discussions about price increases focus almost exclusively on conditions in the USA. Inflation is a global problem, not a distinctly American one. Throughout the world, people are struggling with inflation, and their governments never had an American Rescue Plan. Furthermore, economic growth has been far more impressive in the United States than in most other societies that are dealing with inflation.

Often, an international perspective can illuminate the source of economic problems better than one limited to a single country. The Panic of 1873 and subsequent “Long Depression” affected numerous countries, as did the Great Depression of the 1930s. The Great Recession of 2008-2009 was a global phenomenon, too. The current inflationary spiral is evident throughout much of the world. Prices climbed substantially in many advanced nations, the Pew Research Center reported in June 2022.  Comparatively, the United States is not distinctive. Its U.S. inflation rate is slightly above the middle, ranking 19th among 44 advanced countries.

The Biden administration’s $1.9 trillion rescue plan played a role in lifting prices, but its impact in the United States was not as great as dislocations related to the COVID outbreak. The pandemic created a huge economic shock around the globe. Governments spent vigorously to aid citizens during the emergency. When global health improved in 2021 and 2022, consumers throughout the world were eager to spend again on goods and services. Supply chain breakdowns complicated recoveries. Production facilities, transportation networks, and labor forces could not keep up with fast-growing demand. Inflation soared worldwide. Those difficulties were exacerbated when China, the world’s manufacturing dynamo, mandated lockdowns in various sections of the country and for lengthy periods as part of its zero-COVID program. China’s policies created huge trade disruptions.

When energy and food prices climbed rapidly, consumers in the UK, Belgium, Pakistan, Zimbabwe, Ecuador, and other countries protested. They blamed their political leaders for the soaring inflation, even though the officials had little ability to control prices that are impacted by global events. In related ways, frustrated citizens in the United States blame leaders in Washington for the rising cost of living.

To what degree was federal spending on the American Rescue Plan of March 2021 responsible for the price spiral? Economists disagree when assessing the $1.9 trillion program’s impact.

Some, such as Michael Strain of the American Enterprise Institute and Jason Furman of Harvard, a key economic adviser in the Obama administration, said the package was too large. Strain believed a smaller spending program of $300 to $500 billion dollars could have boosted the economy sufficiently “without sparking such rapid price growth.” Larry Summers, Treasury Secretary under President Obama, warned a package as large as $1.9 trillion would create huge inflationary pressures.

Democrats that defended the spending plan when it was under consideration in Congress, including Jared Bernstein, an economist and longtime adviser to Biden, worried about the nation’s shaky economic situation when the bill was under consideration. In January 2021, a U.S. government report showed the U.S. economy lost 140,000 jobs the previous month. Joblessness appeared likely to persist until 2024. Despite substantial spending for COVID relief in 2020, more bold measures seemed necessary. Bernstein and other advisers recalled that back in 2009 the Obama administration cut the size of its planned stimulus to satisfy conservative critics. The trimmed-down bill was inadequate. Recovery was painfully slow. It took six years to bring jobs back to pre-recession levels.

Mark Zandi, Chief Economist of Moody’s Analytics, viewed the rescue plan in terms of “good” and “bad” inflation. The good kind, he argued, came from U.S. government stimuli that reduced unemployment to historic levels. The “bad” kind occurred because of international developments such as the global pandemic, lockdowns in China, and the war in Ukraine. “Bad” inflation is difficult to control.

With the midterm elections looming, it is not surprising that Republicans are blaming Democrats for inflation. In 2021 Senator Rick Scott of Florida, chairman of the National Republican Senatorial Committee, predicted inflation would create a “gold mine” for his party. Republican Senate Minority Leader Mitch McConnell attributed inflation to federal stimulus spending promoted by President Biden and the Democrats. “There’s no relief in sight,” McConnell charged. Inflation was “a direct result” of Democrats “flooding the country with money.”

Scott, McConnell, and other Republicans typically ignored their party’s involvement in spending to deal with the COVID crisis. More than $3 trillion of the approximately $5 trillion total in U.S. financial commitments in response to the pandemic occurred during Donald Trump’s presidency. Republicans in Congress, especially in the Senate, vigorously supported that emergency spending to assist businesses and the public.

Americans are appropriately upset by the elevated prices seen at the food market and the gas pump, but they are being misled in conversations about the source of troubles. Pundits, politicians, and some economists focus largely on spending by the federal government when explaining the problem. Yet stimuli advocated by the Biden administration is not the largest cause of the inflationary spiral troubling Americans. Furthermore, the American Rescue Plan created some “good” inflation, the kind that delivers robust economic growth. It was a factor in the record-matching 3.5% unemployment rate achieved in 2022. A much greater impact on prices relates to “bad” inflation affecting much of the globe because of the COVID pandemic, supply-chain issues associated with lockdowns in China, and the war in Ukraine.

It is difficult to deal with inflation when conversations about it ignore major causes of the price spirals that are undermining economies throughout the world, not just in the United States.