Ukraine Shows the Need to Break the Cycle of National Insecurity 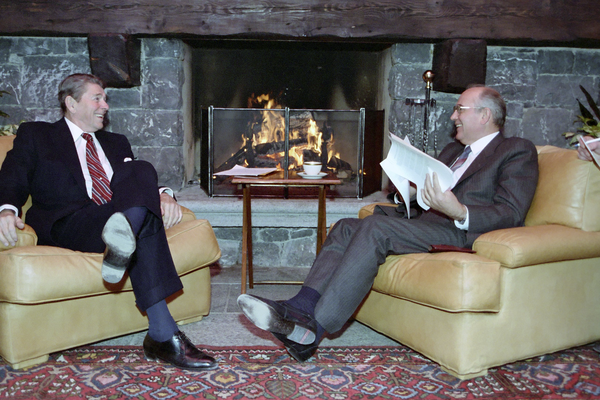 There is no doubt that the Russian invasion of Ukraine constitutes a criminal act of aggression.  What lay behind this, however, is a complicated set of competing geopolitical ambitions and threat perceptions, and beyond these, a fundamental weakness in the United Nations mediation and collective security systems.

Russian leaders from Boris Yeltsin to Vladimir Putin have viewed NATO’s gradual expansion to the east as a grave national security threat.  In 2008, President George W. Bush opened the door to Ukraine and Georgia for future NATO membership, thus bringing this Western military alliance to the doorstep of Russia.  While there has been much debate over whether NATO expansion constitutes a broken promise to the Soviet Union (and Russia), there is no doubt that Russian leaders have regarded it as an existential threat to their nation.

The Russian response has been to support separatist movements in Georgia and Ukraine, annex the Crimea Peninsula, and, most recently, invade Ukraine.  U.S. leaders have deemed these actions gross overreactions, or perhaps indications of a desire on Putin’s part to remake Russia into an empire along the lines of the old Soviet Union.  Whatever the case, the invasion of Ukraine has been counterproductive for Russia, as NATO has been strengthened and expanded further.

U.S. leaders have taken the position that NATO is of no threat to any nation, and thus they have been unwilling to compromise on Ukraine’s eventual membership.  Then, too, U.S. leaders generally regard U.S. global power as protective and benevolent, notwithstanding a long record of military interventions and covert operations in other nations.  No doubt, they would respond with alarm if Russia or China invited Mexico to join in a military alliance.

Might the war in Ukraine have been avoided if the U.S. had relied on the UN rather than NATO to ensure security in the region?

The UN Charter requires that parties in any dispute “shall, first of all, seek a solution by negotiation, enquiry, mediation, conciliation, arbitration, judicial settlement, resort to regional agencies or arrangements, or other peaceful means of their own choice” (Article 33).  Should the latter fail, the charter provides for collective security measures in which member nations can collectively deter or repel would-be aggressors through joint diplomatic, economic, and military actions “for the purpose of maintaining international peace and security” (Article 43).

The UN has often failed to live up to its mandate to “end the scourge of war,” which has led many to dismiss the institution as irrelevant.  Yet, like all great changes and paradigm shifts, progress in establishing a global security system is incremental and may be centuries in the making.  Think of the establishment of democratic governments, human rights policies, and religious tolerance.

In the late 1980s, Soviet leader Mikhail Gorbachev attempted to revive this inclusive concept of security set forth in the UN Charter.  Speaking before the UN General Assembly on December 8, 1988, he declared, “The world community must learn to shape and direct the process in such a way as to preserve civilization, to make it safe for all and more pleasant for normal life.  It is a question of cooperation that could be more accurately called ‘co-creation’ and ‘co-development.’  The formula of development “at another’s expense” is becoming outdated.”

Turning to the U.S., Gorbachev proposed that the U.S. and Soviet Union begin a “joint effort to put an end to an era of wars, confrontation and regional conflicts, to aggression against nature, to the terror of hunger and poverty as well as to political terrorism.  This is our common goal and we can only reach it together.”  Giving substance to these aspirations, he announced Soviet decisions to withdraw significant numbers of troops and tanks from Eastern European countries and to seek a UN-brokered ceasefire in Afghanistan.

It was a remarkable speech, especially as Americans had been conditioned to view the Soviet Union as the graveyard of idealism.  The editors of the New York Times had difficulty describing it:  “Breathtaking.  Risky.  Bold.  Naive.  Diversionary.  Heroic.  All fit.  So sweeping is his agenda that it will require weeks to sort out.  But whatever Mr. Gorbachev’s motives, his ideas merit – indeed, compel – the most serious response from President-elect Bush and other leaders.”

The incoming George H. W. Bush administration was hesitant to endorse Gorbachev’s idealistic reforms.  Indeed, the U.S. foreign policy establishment viewed Moscow’s retreat from great power domination as an opportunity to advance U.S. interests and establish the U.S. as the sole superpower in the world.

Gorbachev remained undaunted.  Having taken up the challenge to reinvent the Soviet socialist system, he was equally determined to instigate humanistic reforms in the international arena.  To diffuse the Cold War in Europe, he proposed an end to both NATO and the Warsaw Pact.  Speaking in France in July 1989, he called for a cooperative “commonwealth of sovereign democratic states with a high level of equitable interdependence and easily accessible borders open to the exchange of products, technologies and ideas, and wide-ranging contacts among people.”

In essence, Gorbachev was proposing a way out of great power competition, in line with the UN Charter, presuming that a friendly international neighborhood is the best security.  This is the vision that is needed today – a reimagining of the world order.  Beyond immediate crises, we need to work toward an inclusive and sustainable global security system.

Moreover, continuation of the current system of big power competition and rival blocs bodes ill for the future.  The Bulletin of Atomic Scientists has set its “doomsday clock” at 100 seconds to midnight, closer than it has ever been, based on nuclear and global warming threats, an indication of how close humanity is to “destroying our world with dangerous technologies of our own making.”  Moving toward mutual security and cooperation will set the clock back and allow humanity to move forward.