"Oh, We Knowed What Was Goin’ On": The Myths (and Lies) of Juneteenth

Clyde W. Ford is the winner of the 2021 Washington State Book Award and the author of  “Of Blood and Sweat: Black Lives, and the Making of White Power and Wealth.” (HarperCollins, 2022). 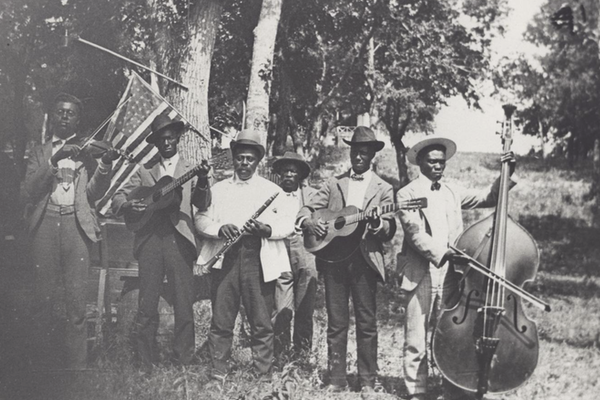 92 years old and blind, in June 1937 a formerly enslaved Texan named Felix Haywood talked to a WPA writer about the Civil War and its aftermath. “ Oh, we knowed what was goin’ on in it all the time,” said Haywood, “We had papers in them days just like now.” Heywood exposed a central canard of Juneteenth as a day when uninformed Blacks in Texas first learned they were free. In fact, General Gordon Granger and his 1,800 Union troops were not in Texas to deliver news to uninformed Blacksz as much as they were there to enforce the law for recalcitrant whites. Juneteenth is built on falsehoods and wrapped in mistruths. The pillars of the day do not hold up to historical scrutiny.

Texas was a pariah state, where southern whites dreamed of a white supremacist homeland. “During the Civil War,” writes historian Gregory P. Downs,  “white planters forcibly moved tens of thousands of slaves to Texas, hoping to keep them in bondage and away from the U.S. Army.”  Even after Lee’s surrender at Appomattox, Texas governor Pendleton Murrah refused to surrender the state, fleeing to Mexico and leaving control of state government, and surrender, to Confederate Lieutenant General Edmund Kirby.

After Appomattox, white slaveholders in Texas kept Black men and women enslaved, and killed them when they tried to assert their freedom. So, when Granger read General Order No. 3 to the public on Galveston Island, he was delivering a message not so much to enslaved men and women, but to their enslavers, and he was backing up that message with force.

“The people of Texas are informed that, in accordance with a proclamation from the Executive of the United States, all slaves are free,” newspaper accounts reported Granger saying, emphasizing the word “all.” Yet, even that statement was false.

Lincoln’s Emancipation Proclamation, which went into effect two and a half years before June 19, 1865, did not free “all slaves.” The proclamation only freed slaves in the Confederate states which never recognized Lincoln’s authority to begin with. Slavery in Mississippi was illegal but slavery in Massachusetts was permitted. New Jersey did not ratify the 13th amendment to the Constitution, abolishing slavery, until January 23, 1866. Mississippi did not ratify it until 2013.

Nineteenth century British newspapers pointed out the hypocrisy. “The principle asserted is not that a human being cannot justly own another,” wrote the London Spectator, “but that he cannot own him unless he is loyal to the United States.”

Lincoln chose the latter, more concerned with winning the Civil War, and preserving the Union, than with freeing “all slaves.” Thus, Granger was in Galveston to enforce a proclamation that was, in reality, a war maneuver, a “psy-ops” measure, meant to harass the Confederacy.

Prior to Lincoln’s assassination on April 15, 1865, he’d agreed to General William T. Sherman’s plan, formally called Special Field Orders No. 15, and popularly known as “forty acres and a mule.” This reparation plan sought to distribute nearly 1 million acres of rich coastal southern farmland, taken from slaveholders, and give that land to the formerly enslaved. The Freedman’s Bureau had already redistributed a portion of that acreage to nearly 40,000 Black families. But around the time of the first Juneteenth, after ascending to the presidency, Andrew Johnson rescinded Special Field Orders No. 15, returning all land to former slaveholders.

Then, in a letter to the president, Sherman revealed that he never intended for the formerly enslaved to have the land anyway. He simply wanted to keep Black men and women from swamping Union army camps in search of freedom. “Forty acres and a mule,” like the Emancipation Proclamation, was a battlefield tactic, a “psy-ops” operation, only this time perpetrated on Blacks.

What’s to celebrate on Juneteenth? White supremacy? Lincoln’s tepid proclamation? Taking back the first, and only, plan for reparations? Frederick Douglas, and many others, continued to celebrate August 1 as Emancipation Day, through the end of the nineteenth century. August 1, 1834, was when Britain abolished slavery throughout the entirety of its empire.

Juneteenth harbors a terrible legacy of deception and promotes a modern day abdication of historical truth. Still, the day deserves recognition. Perhaps as a nation we will one day enter a truth and reconciliation process around American slavery. But even there, truth comes before reconciliation. So, the truth about Juneteenth must be told.