Should the USPS Honor the Sabbath, or Amazon?

Rebecca Brenner Graham earned her PhD in history from American University in 2021. Her dissertation, "When Mail Arrived on Sundays, 1810-1912," traces American nineteenth-century religion-state relations through the lens of Sunday mail delivery. 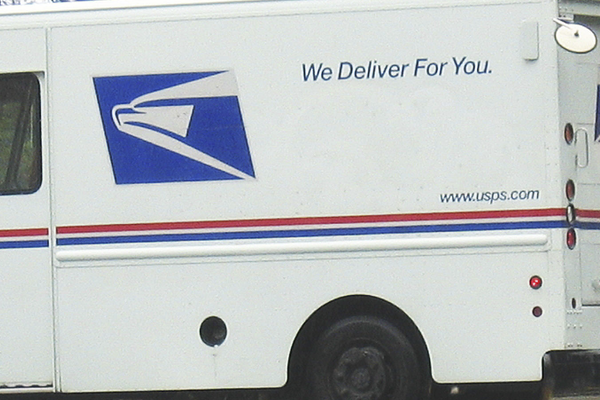 A long-simmering debate centering on the federal government’s intersection with Christian religious beliefs has once again reared its head. No, not abortion – mail delivery.

On Wednesday, May 25, the 3rd U.S. Circuit Court of Appeals in Pennsylvania decided that observing the Sunday Sabbath could not exempt a federal worker from delivering packages for Amazon, according to Reuters.

Last week’s case revolved around a rural mail carrier in Pennsylvania seeking to observe Sunday Sabbath. Amazingly, the same sentence would accurately describe an example from 1809, in which Postmaster Hugh Wylie of Washington County, Pennsylvania, faced a choice between his employment and his membership in the Presbyterian church. While Wylie chose his job and considerable salary over church participation, the incident quickly became a rallying cry, a symbol of American government interference in the Christian religion.

The First Amendment declares that Congress cannot “establish” a religion “or prohibit the free exercise thereof,” meaning that Congress, tasked with postal policy, can neither declare a national religion nor prevent people from practicing theirs. Many Sunday Sabbath observers appealed to the second clause, the “free exercise” clause, to oppose Sunday mail.

They were quite loud about this in the early republic, and a hundred years later (102 to be exact) they won. Sunday mail ended in August 1912, because of an alliance between Christian lobbyists and labor activists, with a dose of Christian nationalism.

Last week’s case was only possible because the United States Postal Service (USPS) resumed some Sunday mail delivery serving Amazon in 2013. Amazon made a deal with USPS for postal workers to deliver Amazon packages on Sundays. The policy began in the metropolitan hubs of New York and Los Angeles, and then it spread nationally. Now that change is moving through the Federal court system.

The 3rd Circuit Court of Appeals decided that exempting postal carriers from Sunday shifts would burden other workers. Equity among postal employees was likewise a concern when Congress ended Sunday mail delivery in 1912. The concern in 1912 was that postal policy couldn’t exempt carriers from Sunday labor without burdening clerks. If carriers weren’t out there delivering, then clerks took on more work at local post offices to compensate. As a result, one arcane policy justification for the end of Sunday mail was equity between clerks and carriers. Of course, this was not arcane, but lived reality for clerks and carriers.

Today, many postal clerks and carriers face high demands, short staffing, and untenable work conditions. On the surface, Amazon helped to mitigate the long-term effects of Congress underfunding USPS from 2006 to 2022, as well as competition with new communication technologies. Package delivery has become more important than ever for the longevity of USPS. However, while Amazon reaps the benefits, postal clerks and carriers literally carry the burden.

The Sunday mail controversy of the early republic reflected broadly shared anxieties about disestablishment, the complex process of separating church from state in a new nation. Likewise, today’s controversy demonstrates anxiety about the role of Amazon in society. Labor issues at Amazon are no secret, and the inability of a federal postal worker in Pennsylvania – not directly employed by the private company but obliged by the USPS to work on its behalf on Sundays – is one symptom.

The dissenting judge in last week’s case claimed that the extent of the burden on USPS was unclear. That judge, Circuit Judge Thomas Hardiman, wanted to allow an individual exemption for one postal worker, Gerald Groff, to observe Sunday sacred rest on the grounds that it wouldn’t really inconvenience business.

When Judge Hardiman questioned whether a labor exemption for one Sunday observer constituted inconvenience, maybe he was really asking why Amazon was so important that federal workers must devote their weekends to oblige it. This case about religious discrimination seems to be about labor exploitation.

An alliance between Christian nationalists like Wilbur F. Crafts and labor movements transformed postal and other policies at the onset of the twentieth century. A century later, Amazon broke that alliance by setting precedent to resume Sunday mail delivery to maximize efficiency and profit. Judge Hardiman's dissent asks, what does inconvenience really mean, and why does it matter?

The 3rd Circuit Court of Appeals’ decision proves that powerful corporations like Amazon have surpassed even Christian nationalism in the race to set postal policy. Instead of decrying religious discrimination, activists and people who simply want to enjoy their weekends should campaign for labor rights. This endeavor will require separating Christian morality from labor movements, which have historically been intertwined.

Everyone deserves rest regardless of whether the rest is sacred. If corporations like Amazon can accept slightly less than maximal profits, then Americans can enjoy time outside of work, and Gerald Groff will be free to attend church.