How Will History Remember Xi?

Robert Brent Toplin, Emeritus Professor at the University of North Carolina, Wilmington, taught courses at the University of Virginia after retirement. He has published several books about history, film, and politics. Contact: rt2b@virginia.edu. Website: www.presentandpast.com 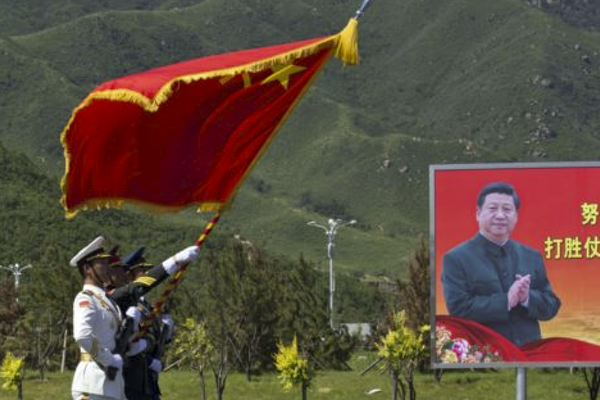 President Xi Jinping is flexing China’s muscles again. Recently, his government worked out an agreement with the Solomon Islands that will allow construction of a base for Chinese warships and troops. This arrangement could upset the balance of power in a vital shipping region of the South Pacific. The pact appears to represent yet another impressive achievement of China’s dynamic leader. In just a decade as president, Xi Jinping seems to have improved his country’s reputation as an economic and military juggernaut.

High-fives for Xi’s successes are premature, however. A broad view of modern Chinese history suggests it is too early to call Xi’s leadership a smashing success. Xi maintains a top-down, autocratic regime. The long-run consequences of Xi’s management are not yet clear.

President Xi has been managing the third major Chinese revolution in less than eighty years. Mao Zedong inaugurated the first significant transformation when his armies defeated the nationalists in 1949 and established a pervasive communist government. Deng Xiaoping inaugurated the second revolution in the late 1970s when he loosened the government’s dominance over people’s affairs. Deng allowed capitalist enterprise to function inside the communist political structure. Now Xi Jinping is creating a third revolution by reviving elements of autocracy. Xi’s approach is not as radical as Mao’s, but it has the potential to undermine China’s progress.

Mao Zedong’s dictates produced enormous upheavals and extreme suffering in China. Mao called for a “Great Leap Forward” in the late 1950s and early 1960s that forced extreme dislocations. The collectivization of farming crushed private activity and led to major declines in food production. Local officials feared reporting disappointing information that challenged Chairman Mao’s exaggerated claims about crop surpluses. Radical shifts in agriculture contributed to the death of perhaps 15 to 45 million people in one of the worst famines of modern history.

A notable example of risks from badly informed top-down decision-making occurred when Mao’s regime called for the elimination of sparrows because the birds ate grain crops. Millions of sparrows died from a mass slaughter that caused a severe ecological imbalance. Sparrows ate bugs, not just grain. The Mao regime’s decision led to a surging population of locusts and other insects. Eventually, China had to import thousands of sparrows from the Soviet Union to correct the costly mistake.

A second revolution began in the late 1970s when Deng Xiaoping changed the direction of Chinese society. He encouraged individual responsibility in economic decision-making and skilled management in commerce and industry. Deng moved China toward fast-paced capitalist development within the communist governmental system. His regime allowed peasant farmers to make individual decisions and keep profits from their work. The government also permitted rewards for individual initiative in manufacturing. China began to improve global relations as well. Trade and cultural exchanges flourished. Foreign investments poured into the country. From the 1980s to 2010, millions of Chinese escaped poverty. They achieved middle-class stature, and some became wealthy. China’s communist government in those years remained authoritarian, but mildly so.

Governmental actions promoted by Deng and China leaders that followed him were sometimes controversial. The one-child family program brought demographic problems in later years, and the massacre of protesters at Tiananmen Square in 1989 was tragic. Still, the country’s overall progress was impressive.

Xi Jinping brought strong authoritarianism to the society when he ascended to power in the early 2010s. His government imposed tight controls. It ordered crackdowns on big tech, aiming to rein in competing sources of influence. Pressures against entrepreneur Jack Ma sent a clear signal to other ambitious individuals. Ma was the richest man in China thanks to his innovative companies, Alibaba and The Ant Group. Xi’s government moved swiftly to degrade and divide Ma’s Internet empire.

China’s handling of the novel coronavirus revealed serious flaws in the hierarchical political system. Demands for conformity and compliance suppressed speech. In late 2019 and early 2020 the virus spread rapidly in Wuhan, but local authorities were afraid to report details. Government officials kept a lid on information that might harm the economy. Precious time passed for dealing with an emerging health crisis. The virus spread quickly in China and across the globe.

The COVID lockdowns produced extraordinary hardship for Chinese families. In many instances, health workers responsible for quarantining infected people appeared at apartments and homes to take children away from their parents. Some youngsters remained separated for a month or more, and some families could not leave their residences to purchase food.

It is too early to judge the consequences of Xi Jinping’s decade of leadership. In the future, historians may conclude that Xi effectively launched a revolution, or they might say Xi’s assertion of one-man, authoritarian rule stymied innovation, squelched dissent, promoted fearful conformity, and undermined economic growth.

Xi Jinping has been clamping down on reforms that liberated China from stultifying authoritarian rule. In the long run, Xi’s approach to leadership may create more problems than progress.