H.H. Leonards is the founder and chair of Washington's O Street Museum Foundation, which operates the Mansion on O Street. 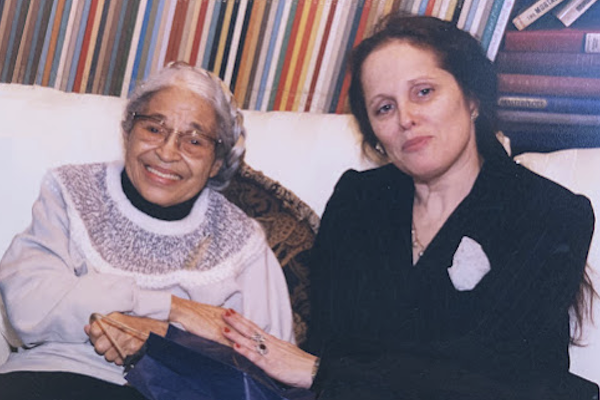 H.H. Leonards is the founder and chair of Washington's O Street Museum Foundation, which operates the Mansion on O Street. After suffering an attack by an intruder in her Detroit home in 1994, Rosa Parks needed a safe and secure place to live. An NAACP colleague connected Ms. Parks with Ms. Leonards, and Parks came to live at the Mansion. Although Leonards at first didn't recognize her guest as a civil rights icon, she began a friendship with Parks that spanned the last years of her life. This June, Leonards will publish Rosa Parks Beyond the Bus: Life, Lessons, and Leadership with R.H. Boyd Publishing of Nashville, the oldest surviving African American press in the country.

This brief excerpt is shared with permission of R.H. Boyd.

Mrs. Parks debunked the myth that she refused to vacate her seat because she was simply too tired to get up after a long day at work.

I was often present when she recounted for others the details of December 1, 1955. Whenever she wrote or when she talked to groups, she would correct the historical inaccuracies about her, saying “history” should be accurate.

“I was not tired physically,” she would say in her beautiful slow Southern drawl, “or any more tired than I usually was at the end of a working day. I was not old, although some people have an image of me as being old then.” When she told her story to others, she would always pause here, for emphasis, as she could watch the surprise in people’s eyes. “I was only forty-two.” Mrs. Parks would stop here and take a deep breath. “No, the only tired I was, was tired of giving in.”

Another myth is that she had sat in the section designated for “Whites only.” She was seated in the first row of the “Negro section” allotted to “colored people,” Mrs. Parks would explain. I heard her sigh so many times. Sometimes, very heavily, as she was forming her words, so what she said was never out of character, and most importantly, never about her. She rarely complained; she would only smile.

And yet, no matter how many times she told this same consistent story, the press would write that she was an older woman who was simply too tired to get up after a hard day of work.