Fred Zilian, Ph.D., is a retired Army officer and educator (history, politics, and strategy). He is the author of From Confrontation to Cooperation: The Takeover of the National People’s Army by the Bundeswehr. Follow him on Twitter @FredZilian. 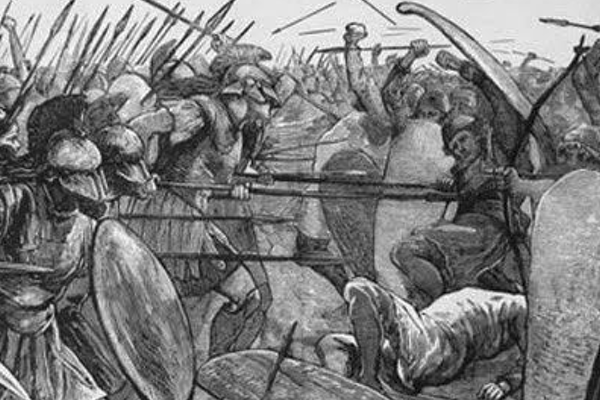 Over one month into the war in Ukraine, Russia has failed to shock and awe Ukraine into submission and surrender. For the first time we hear analysts characterizing the conflict as transforming into a war of attrition, the slow grinding type of war used to refer to the trench warfare on the Western front during World War I.
Also, in the face of Ukraine’s strong resistance, it is no surprise that the U.S. has accused Russian forces of war crimes. Regrettably it is likely that these crimes will only continue and even increase as the war endures.
On March 23, Secretary of State Antony Blinken cited reports of Russian attacks on civilian centers, including apartment buildings, schools, hospitals, and civilian vehicles. He noted that they bombed a maternity hospital and a theater in the city of Mariupol. He added that these sites were clearly identifiable as used by civilians. “Based on information currently available, the U.S. government assesses that members of Russia’s forces have committed war crimes in Ukraine.”
Weeks before this on March 1, the United Nations’ International Criminal Court launched its own investigation into war crimes there. Also the UN Human Rights Council, composed of the U.S. and 44 other countries, has established a commission of inquiry.
Not surprisingly, these allegations have come on the heels of mounting losses sustained by Russian forces. NATO has asserted that Russia has lost as much as one-fifth of its combat forces sent to Ukraine, between 7,000 and 15,000 troops, with total casualties (killed, wounded, missing, and POWs) perhaps as high as 40,000.
All this belies the statement reported on March 24 by Kremlin spokesman Dimitry Peskov: “The operation is developing and being carried out strictly in accordance with plans and tasks.”
Writing about the Peloponnesian War 2,450 years ago, the ancient Greek historian Thucydides demonstrated how the brutality of war can increase the longer a war endures. One way he does this is by recounting the discussions before two sieges the Athenians conducted twelve years apart in the Peloponnesian War (431-404 BCE).
In the year 428 BCE, the fourth year of the war between Athens and Sparta and their respective allies, the town of Mytilene rebelled against Athens. When the Athenians besieged the town on the island of Lesbos, the leaders of Mytilene expected help from Sparta, which did not come because Athens controlled the seas.
The Athenians were enraged by the rebellion and engaged in a debate on next steps. Initially they decreed that all of Mytilene’s men of military age be put to death and the rest enslaved.
However, the next day many Athenians had second thoughts. A second debate took place in the Assembly, and they voted for a more lenient policy: execute only those men responsible for the rebellion, a figure which still amounted to over 1,000 men.
Twelve years later with the war still continuing, Athenian policy had hardened. They decided to besiege the island of Melos, home to people ethnically the same as the Spartans who had refused to join the Athenian alliance. They had repelled an Athenian attack in 426 BCE and had steadfastly maintained their independence.
Thucydides says nothing of a debate among the Athenians similar to their debate over Mytilene. The policy in such cases had evidently became cold, clear, and unforgiving. There was no need for debate. What he does present is their dialogue with the leaders of Melos.
With a reputation for wordiness and fine, lofty speeches, the Athenians say uncharacteristically: “…we shall not make a long speech no one would believe, full of fine moral arguments….” Striking to the heart of the matter as they see it, they state: “…we both know that decisions about justice are made in human discussions only when both sides are under equal compulsion; but when one side is stronger, it gets as much as it can, and the weak must accept that.”
The Melians try to convince the Athenians to let them maintain their neutrality and talk of hope, honor, and justice, and of the gods being in their favor. The Athenians respond: “Do not be distracted by a sense of honor; this destroys people all too often.”
In the end, the Melians refused to surrender; the Athenians successfully conquered Melos and voted to kill all the men and sell the women and children into slavery.
Vladimir Putin is characterized universally as a cold, calculating and ruthless autocrat. Failing to achieve a splendid and decisive victory in Ukraine will only magnify these traits and be translated into the orders given to Russian forces.
To those who believed that war and war crimes in Europe in the 21st century had become unthinkable, Thucydides offers us a simple yet powerful statement: “War is a violent teacher.”
comments powered by Disqus