The U.S. Can Legally Intervene in the Ukraine Should Russia Invade

Anthony J. Colangelo is the Robert G. Storey Distinguished Faculty Fellow and professor of law at the SMU Dallas Dedman School of Law. 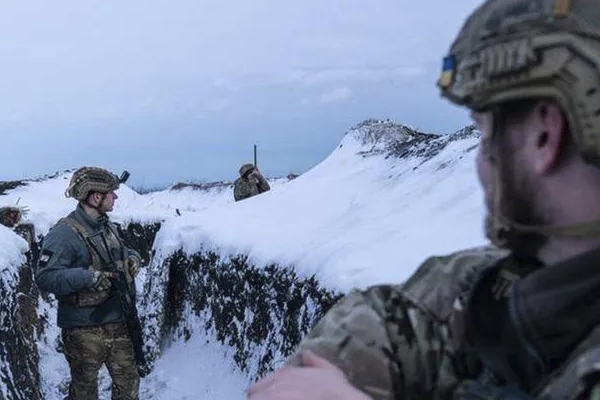 Recent signs show that Russian President Vladimir Putin is seriously considering invading the Ukraine. To help prevent this from happening, the United States has basically two options: the soft option and the hard option.

The soft option involves diplomatic measures such as increased sanctions and trade punishments like cutting off financial markets. Generally speaking, countries prefer utilizing this option to foster de-escalation for the simple reason that it is cheaper and minimizes civilian death and suffering. But there is a chronological component here: there must be enough time for the measures to work, and if there is not, countries’ hands may be forced to pursue the hard option.

The hard option usually comprises some sort of military action. In the context of the Ukraine, the hard option so far has taken the form of promising to supply Ukrainian armed forces and, more specifically, special forces with powerful new weapons capabilities.

But what if these capabilities are not enough? Can the U.S. intervene?

The answer is “yes.” Article 2(4) of the United Nations Charter prohibits aggressive war. This renders illegal any aggressive war on the part of Russia. Moreover, article 51 gives all states the right to self-defense on behalf of one. That is, this right authorizes “collective self-defence” by the international community of states against aggressive war, bringing the United States into the fold as a legal actor in the fight against Russian aggression. Indeed, these principles actually predate the U.N. Charter. One of the key crimes in the London Charter under which the Nazis were prosecuted at Nuremberg was the crime of aggression.

A U.S. intervention could be spectacularly prolific in terms of the development of international law. For it would give the United States a major role in the legal development of the relatively nascent field of self-defense. Should the United States intervene it would be incumbent on the administration to clearly articulate the reasons for intervention and proceed in full accordance with the law of war, or humanitarian law, in executing its campaign.

This is not a selfless ask. International law works through state action and something called opinio juris, or the intent or belief that the action arises out of a legal obligation or right. What that means is that a U.S. justification for and execution of a military campaign could contribute to the law regarding how all states must behave in future military actions.

But what if those states ignore this precedent? Nuremberg also teaches that violations of international law—and the international law of war in particular—exposes military actors right up to the head of state to criminal liability for their illegal acts. And history since the end of WWII demonstrates that this accountability is not illusory. There are numerous war criminals who have been prosecuted in international tribunals and national courts for violations of the law of war.

A military intervention in the Ukraine would be a horrific development, invariably leading to large scale loss of life and suffering. But should the United States be forced down that path it is incumbent on us to articulate our justification and execute our campaign in line with the laws of war, not because of some abstract fidelity to humanitarian law, but because it gives us a major hand in the perpetuation and development of that law.

Anthony J. Colangelo is the Robert G. Storey Distinguished Faculty Fellow and professor of law at the SMU Dallas Dedman School of Law.