The Hidden Story of the West's Most Important Double Agent

Tim Tate is a multi award-winning documentary filmmaker, investigative journalist and best-selling author. His latest book, Agent Sniper: The Cold War Super Agent & The Ruthless head of The CIA will be published by St. Martin’s Press in the USA on December 14. 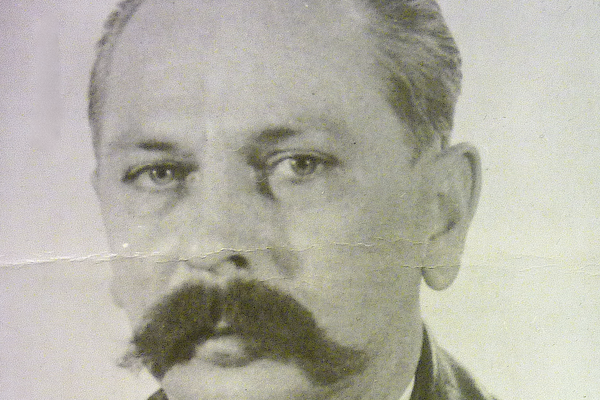 Polish intelligence officer Michal Goleniewski was a valuable CIA asset between his defection and the Agency's decision to cast him out.

Sixty years ago the West’s most important Cold War spy defected to the United States.  For almost three years, Lt. Col. Michał Goleniewski, a senior officer of Poland’s intelligence service, simultaneously employed by the KGB in Moscow, had operated undercover behind the Iron Curtain as a CIA-controlled “Agent In Place.”  His self-chosen cover name was Heckenschuetze: the German word meaning “sniper.”

According to Agency internal records, Goleniewski handed over to the United States several hundred pages of Moscow’s most vital military secrets and exposed 1,693 communist bloc spies, a haul which was unprecedented then and has never been equalled since.

Those spies were not mere minnows. Goleniewski’s information led to the capture of some of the most serious Soviet espionage agents operating undercover in Britain, Europe and the United States.  Among them were George Blake, Moscow’s mole inside MI6, Britain’s Secret Intelligence Service; Gordon Lonsdale and Peter and Helen Kroger, long-term KGB agent runners operating under deep cover and stolen identities; Heinz Felfe, West Germany’s head of counterintelligence, who betrayed the cover names and true identities of scores of CIA officers; and Col. Stig Wennerström, a senior Swedish Air Force officer who sold US, British and NATO secrets to Soviet military intelligence for decades.

Little wonder then, that in the mid-1960s the CIA recorded its admiration for Goleniewski’s “unparalleled contribution to Western intelligence,” provided false documents to the State of Virginia to support his (bigamous) marriage to his East German mistress, employed him as a full-time consultant, and sponsored a private Bill in Congress to grant him the right to apply for U.S. citizenship. At the same time, Britain’s Security Service, MI5, praised the “inestimable value” of Goleniewski’s information, while on the other side of the Iron Curtain a Polish Military Court sentenced him – in secret and in absentia – to death for treason.

But although Michał Goleniewski was once the most devastatingly effective Soviet bloc agent working covertly for Western intelligence, he has been largely erased from the history books and airbrushed from the story of the Cold War.

The mystery of how – and why – that happened is just one of the many tangled strands of Goleniewski’s extraordinary story.   Unpicking those strands required locating long-forgotten – or long-suppressed – files held by intelligence services in Britain, America and Poland, scores of documents stored in government and academic archives across Europe and the United States, and Goleniewski’s own voluminous affidavits and correspondence.

Often, working on these thousands of documents felt like trying to complete a vastly complex jigsaw puzzle. But when all of the pieces came together, a clear picture emerged: that of a remarkably brave and dedicated spy who risked his life on behalf of the West, before defecting to the United States with yet more top secret Soviet Bloc documents and microfilms.

But those same jigsaw pieces also revealed another, more tragic, picture of Michał Goleniewski: that of a deeply-flawed human being who – partly through his own failings but primarily due to the actions of the CIA - was ultimately driven insane.

Less than ten years after praising his bravery and the accuracy of his intelligence, an internal Agency memo denounced Goleniewski as “a real nut … absolutely nutty,” and advised the Secret Service to monitor his movements.

How did Goleniewski go from being the best spy and most valuable defector the West ever had to such a crazed and dangerous threat?

Later the CIA would justify this assessment by pointing to Goleniewski’s grandiose – and entirely fraudulent – claims to be the Tsarevich Alexei Romanoff, son of the last Tsar of Imperial Russia, who had miraculously survived the assassination of the entire Russian royal family, held under arrest in Yekaterinburg in the Ural Mountains, in 1918. It was an absurd pretense, but since the Romanoff corpses had then yet to be discovered, it attracted excitable press coverage, both domestic and international.  That attention increased when Goleniewski subsequently embarked on a second – still bigamous – marriage to his mistress in New York, this time under his bogus identity as Tsarevich Alexei.

But the Agency’s explanation was as false as Goleniewski’s bogus royal pretense. He first went public with his Romanoff claims in May 1964.  Yet his troubles with CIA began almost a year earlier.

In the summer of 1963, the CIA began slow-walking investigations into Goleniewski’s continuing leads. Then it reneged on his employment contract, and ensured that the documentation which formally regularized his presence in the United States was in a different name to that set out in the Congressional bill, making it impossible for him to apply for the citizenship he had been promised. It also obstructed attempts by lawmakers to get Goleniewski to testify on Capitol Hill.

Then, on New Year’s Eve 1963, the CIA reclaimed the handgun it had given him for protection and instructed New York police to rescind his gun license. At the same time, Polish intelligence service agents in the United States were searching for Goleniewski to carry out the death sentence imposed by the Military Court in Warsaw.

Days later the CIA formally suspended Goleniewski, before ultimately sacking him. Yet that same year, an internal Agency assessment noted that he was “an accurate and reliable source of intelligence.”

Why did the CIA cast the best Cold War spy it had ever had out into the cold?  The answer lies in other declassified files. These reveal that Goleniewski was the first – though far from the last – casualty of a decade of chaos sparked by a rival defector, Anatoliy Golitsin, and his malign alliance with the Agency’s sinister head of counterintelligence, James Jesus Angleton.

Golitsin claimed that he was the only genuine defector to come to the United States.  He insisted that all others who went before him, and those who came afterwards, were, or would be, fakes: cunning deceptions, dispatched by the KGB to mislead American intelligence with false information.

There was no evidence to support this claim, and many of the CIA Soviet Division officers assigned to his case believed that Golitsin was either a liar or mentally unbalanced.  By contrast, Angleton and his disciples in the rival counterintelligence staff swallowed his allegations completely. Golitsin was given access to the CIA’s top-secret defector files; Goleniewski’s was one of them.  Inevitably, Golitsin duly denounced Goleniewski as bogus. The CIA harassment and mistreatment of its former star agent swiftly followed. It would, in time, be the driving force in tipping Goleniewski over the edge into genuine insanity.

But Goleniewski himself was not blameless.  His Romanoff pretense was initially motivated by the hope of claiming alleged Imperial Russian funds in US banks. But as he dug himself ever deeper into the fraud, and as his mental state deteriorated, he came to believe in his own nonsensical claims.  He died, genuinely insane, in 1993, still denouncing US intelligence for keeping him from his “inheritance.”

Six decades after he defected, the Goleniewski saga might seem no more than a relic of the long-distant Cold War. Yet the continuing secrecy surrounding his spying for the West tells a different story.

The CIA was remarkably reluctant to release the bulk of its once-voluminous files on “Agent Sniper.” Only persistent Freedom of Information Act prodding yielded a trove of revealing documents.  In Britain, intelligence services are not subject to FOI requests, and although MI5 confirmed in writing that it still holds a file on Goleniewski, it refused to release this due to “the continuing sensitivity of the material contained within it.” In stark contrast, Poland provided Goleniewski’s entire intelligence service file: more than 1,110 pages of extraordinary material.

Put together, these dossiers finally revealed the truth about Michał Goleniewski. He was – often simultaneously - a courageous undercover agent and a hunted defector, a bigamist and a bogus pretender to the Imperial Russian Throne. But above all, he was the best spy the West ever had – and then lost.