Despite What You Hear, Most Americans Look Favorably on Internationalism

Dr. Lawrence S. Wittner  is Professor of History Emeritus at SUNY/Albany and the author of Confronting the Bomb (Stanford University Press). 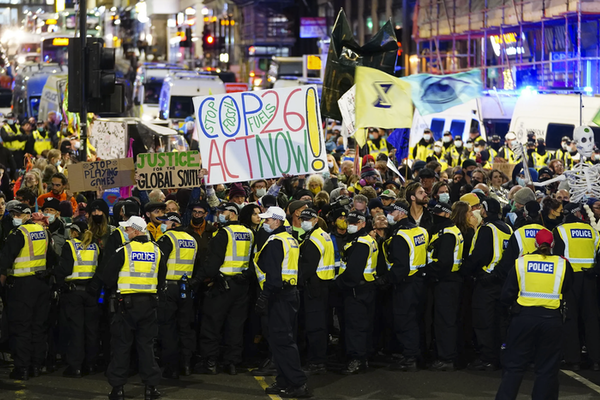 Amid all the flag-waving, chants of “USA, USA,” and other nationalist hoopla that characterize mainstream politics in the United States, it’s easy to miss the fact that most Americans favor global governance.  Although a great many Americans do feel a sense of identification with the U.S. government, a majority also supports the exercise of transnational authority.

This approval of global governance is especially striking in the case of the United Nations.  A February 2020 Gallup poll reported that 64 percent of U.S. respondents wanted the UN to play a leading or a major role in world affairs.  Similarly, a Pew Research Center poll that summer found that 62 percent of Americans had a positive view of the world organization, compared to 31 percent with a negative one.  Respondents gave the UN particularly high ratings for promoting peace (72 percent) and promoting human rights (70 percent), while also according it positive ratings for promoting economic development, taking action on climate change and infectious diseases, and caring about the needs of ordinary people.

The strong support for the United Nations has continued during 2021.  A survey done in early September by Public Opinion Strategies and Hart Research Associates found that 84 percent of U.S. respondents believed it important for the United States to maintain an active role in the UN, that 69 percent viewed the UN as a relevant organization needed in the world today, and that 63 percent favored resuming payment of U.S. dues to the UN (which the Trump administration had halted).  Although the favorable rating of the UN dropped somewhat (to 56 percent) from the poll’s finding the preceding year, the unfavorable rating also dropped (to 26 percent), leaving the global body with an approval ratio among Americans of more than two to one.

Furthermore, despite an almost complete absence of recent polls on strengthening global governance, there are indications that most Americans like the idea.  In late June and early July 2020, a survey conducted by the Swedish company Novus for the Global Challenges Foundation reported strong support among Americans for enhancing international solidarity.  Asked if a “global supranational organization should be created to make binding global decisions on how to manage global risks,” 54 percent of U.S. respondents supported the idea, while only 27 percent opposed it.

Not surprisingly, Americans have formed organizations that, working with comparable groups in other countries, seek to move beyond the traditional nation state system by fostering support for global governance.

The United Nations Association of the USA (UNA-USA) is comprised of over 20,000 members (60 percent of whom are under the age of 26) and more than 200 chapters across the country.  According to UNA-USA, it is “committed to strengthening the United Nations system, promoting constructive United States leadership in that system, and achieving the goals set forth in the UN Charter.”

The UN is merely a confederation of nations, and there are also U.S. organizations, though smaller than UNA-USA, that champion the establishment of a more unified entity, a world federation.  The largest of these organizations is Citizens for Global Solutions (previously the World Federalist Association).  In its own words, it works to “educate and advocate for a democratic federation of nations with enforceable world law to abolish war and global violence in the resolution of disputes, protect universal human rights and freedoms, and restore and sustain our global environment.”

In fact, Americans have exhibited considerable support for some form of global governance ever since 1945, when World War II and the use of nuclear weapons shook up traditional thinking about international relations.  But recent global disasters have given it a new urgency.  Among these disasters are the onrushing climate catastrophe, the Covid-19 disease pandemic, growing economic inequality, and the massive flight of refugees from their homelands.

Admittedly, these global crises have sometimes led to xenophobia, intolerance, and other forms of nationalist backlash.  Indeed, it’s hard to imagine the popularity of Donald Trump and his election to the presidency without them.

But worldwide crises have also exposed the limitations of the nation state system, in which nearly 200 nations jealously guard their own “national interest,” and suggest the need for enhanced global governance.

For this reason, most Americans favor supplementing their U.S. citizenship with world citizenship.